See other Ultra Marathons in April

Take an archetypal American small town; give it a stately college, a smattering of historic buildings, and more coffee bars per head than anywhere else in the US (allegedly); then throw in the largest and most lauded rodeo in the Pacific Northwest. Welcome to Ellensburg, a town where erudite college undergraduates rub shoulders with weekend cowboys in a collegiate town where two-thirds of the 16,000-strong population are registered students. Like most Washington towns, Ellensburg has its fair share of peripheral motel and mall infestations, but body-swerve the familiar big boxes and you'll uncover a compact but select cluster of venerable red-brick buildings born out of the 'City Beautiful' movement in the early 1890s and also the annual Yakima Skyline Rim 50k to which this city is host.

The trail is steep and hard and relentless, with more elevation gain than any other comparable race in the Pacific Northwest, but it's worth it, because you can see where you've been and where you're going. With each climb, you're rewarded with ever expanding views of the Columbia Highlands, the Yakima River Canyon, and the Cascade Mountains; including Mt Rainier, Mt Adams, and the Stuart Range. As you climb in and out of the Umtanum and Roza creek valleys, you'll see the ecosystem change before your eyes, and the ridge running here is liberating and invigorating. With some of the most beautiful and challenging trail ultras throughout the Northwest, Rainshadow Races will leave you wondering: Why run anywhere else?

Free camping available at the start/finish area right next to the Umtanum Rec Area.

Three aid stations, and a water-only stop at Durr Road.

Drop bag access at Buffalo Road, and nowhere else along the course. 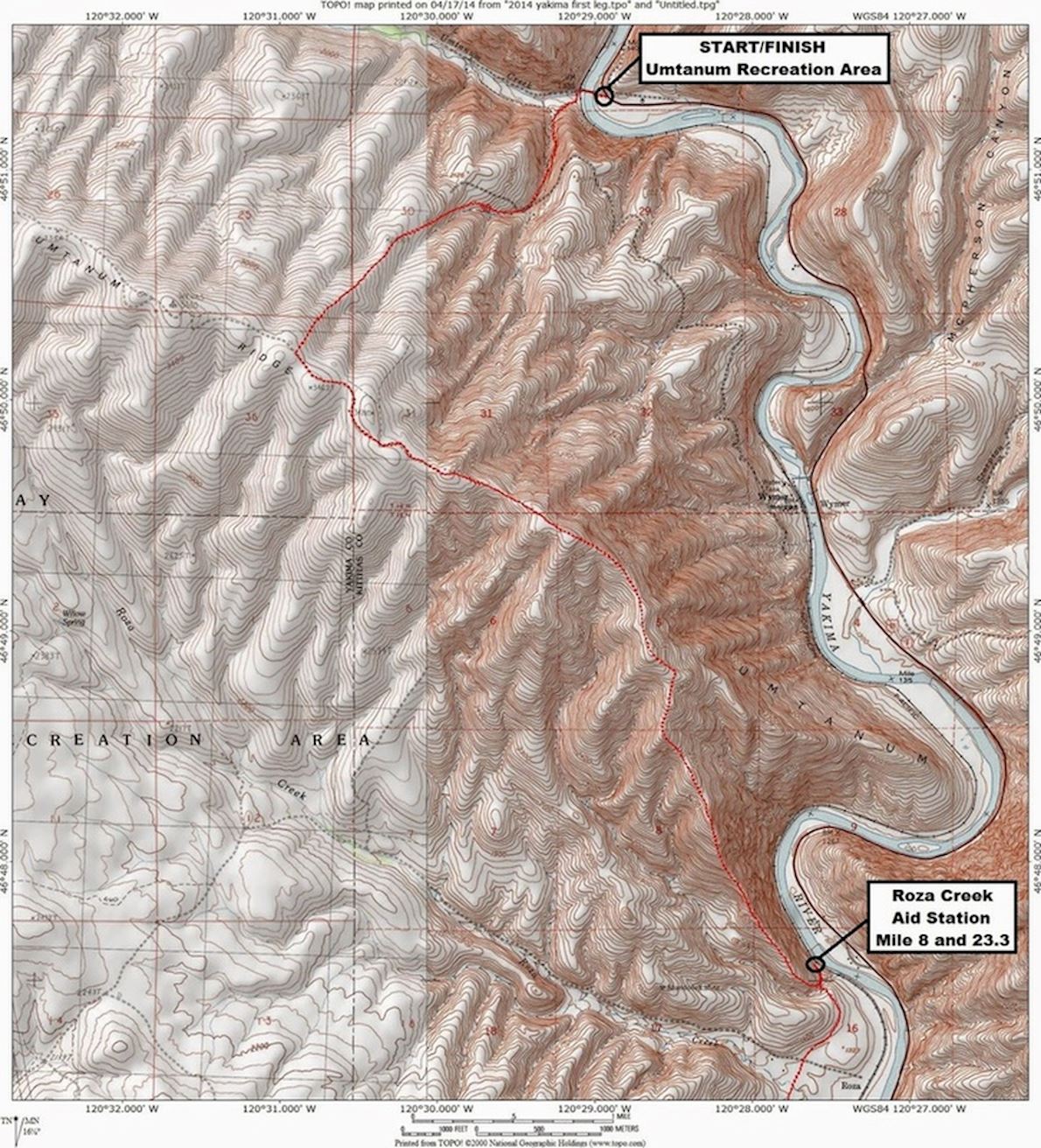 The 50k is an out-and-back from Umtanum Creek Recreation Area along the Yakima Skyline Rim trail to the turn-around at Buffalo Road and back, with lots of steep climbs and descents along the way.