See other Halbmarathon in Mai

From its early cow-town days at the head of the Chisholm Trail in the 1870s to its current claim as Air Capital of the World (thanks to about half the world’s general aviation aircraft being built here by the likes of Cessna and others), Kansas’ largest city is a worthwhile stopover, but not at the expense of the rest of the state.

With that being said, the Prairie Fire Spring Half Marathon is the place to be!!

Water and Gatorade will be available at hydration stations throughout the course.

We will be using the BIBTAG chip timing system for both the start and finish of the race. Your race number is also your "chip" for timing. Race numbers must be worn on the front of your shirt or shorts for easy viewing. Do not cut or fold your number in any way. Race numbers are non-transferable and may only be worn by the person to whom it was assigned. 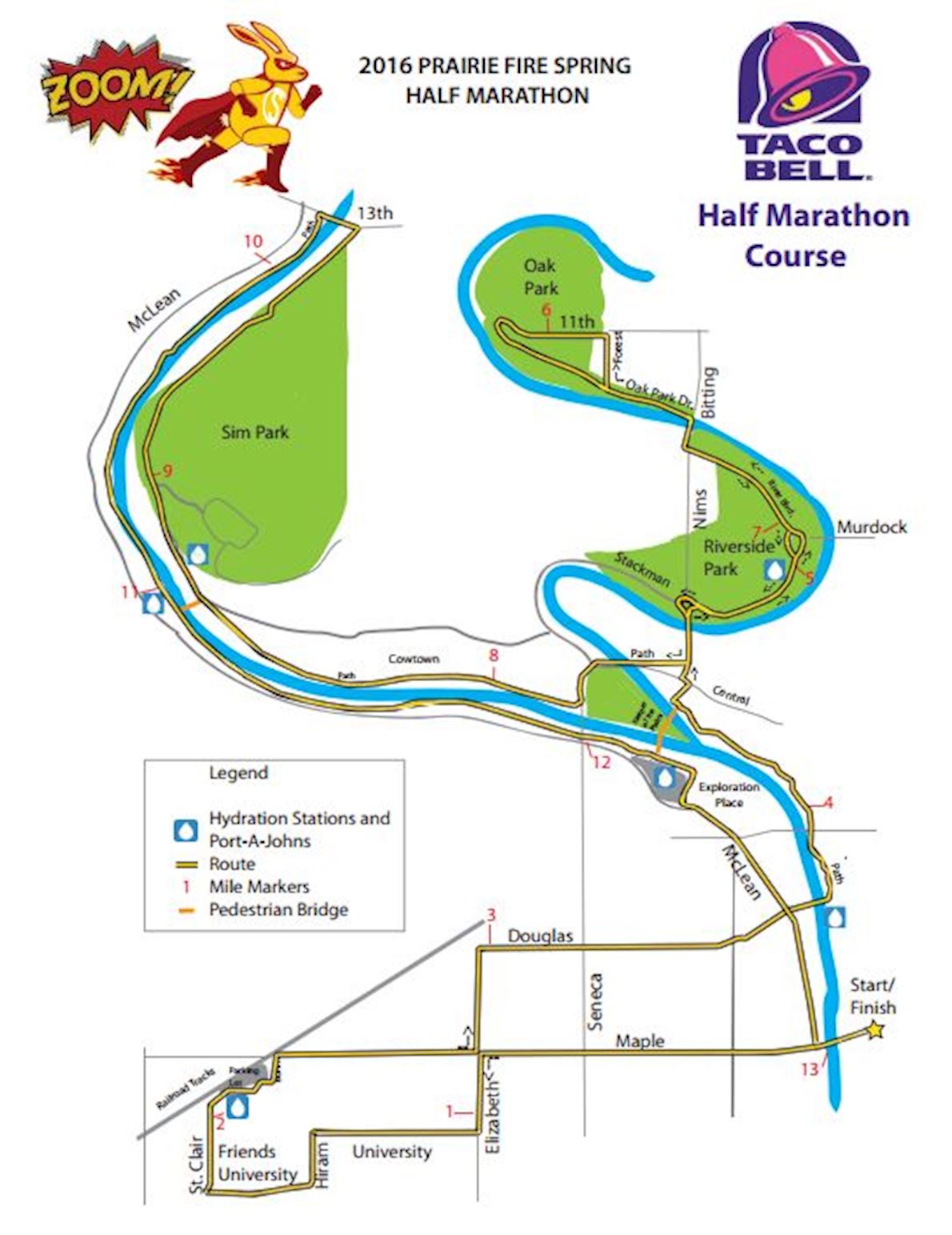