The Palmetto Half Marathon is a community movement in which experienced runners and enthusiastic volunteers come together to promote fitness, community involvement and charitable causes. It has become a tradition among Columbia residents, and the Half Marathon event is now attracting the attention of elite runners nationwide.

The race, which began in 2010, has become a tradition among Columbia residents and is highly anticipated statewide. Event proceeds go to a Charity Beneficiary that is selected by the race’s planning committee, and the race also presents a variety of opportunities for local organizations to gain exposure and raise funds.

At the finish line participants will be awarded a finisher’s medal and will be able to enjoy food, drinks, music, awards & visit with the sponsors and the Health & Fitness vendors that will be there. After the race, participants and their families can enjoy visiting the local shops and restaurants at the Village at Sandhill.

There is a 4-hour time limit for this event. 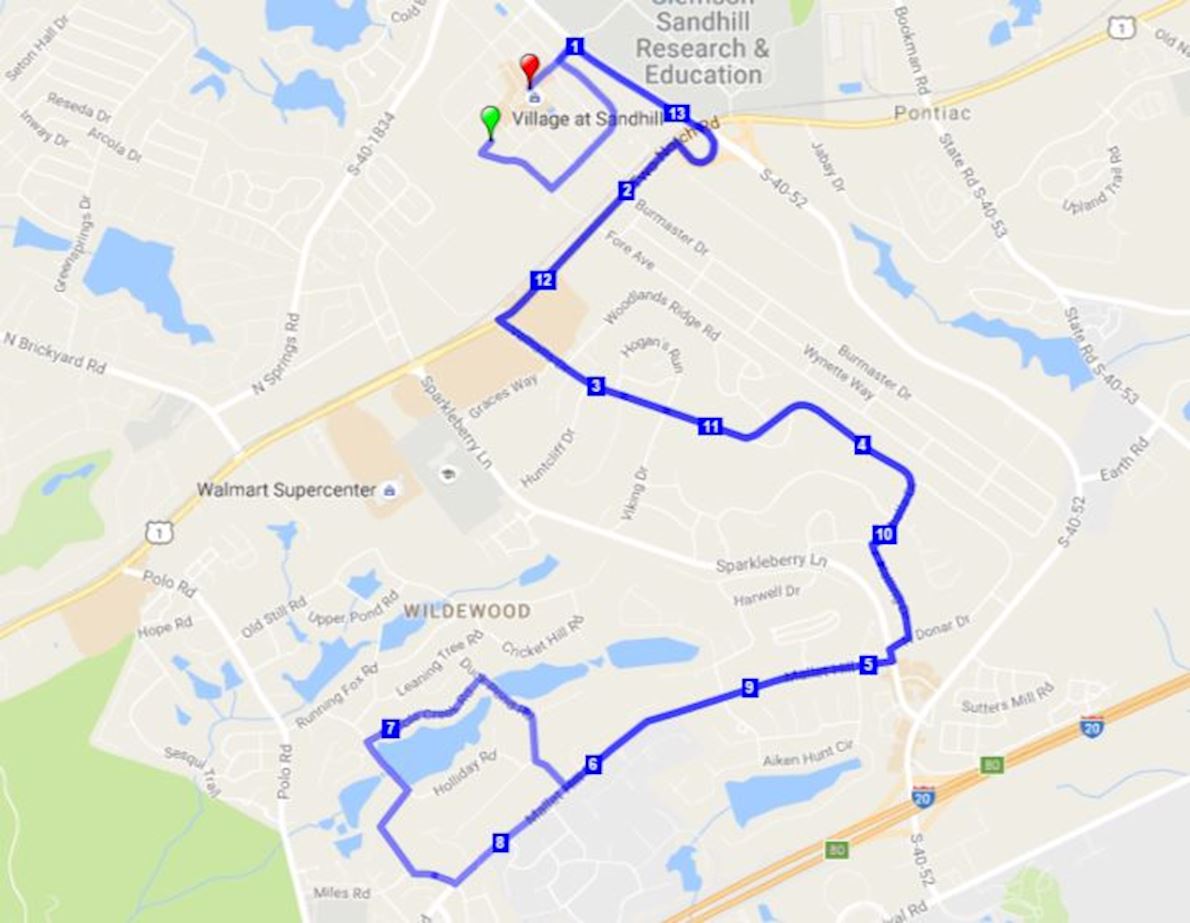 Academy Sports + Outdoors inside the Village at Sandhill

Fountain in the center of the Village at Sandhill

The course for the race starts and finishes in the area of Columbia known as the Village at Sandhill. From there, runners follow an out-and-back route through the Wildwood and Woodlands neighborhoods in the northeast part of the city, and follows an overall downhill route to the mid-point of the race, and then an overall uphill back to the finish line.

Runners can expect to encounter the steepest hills of the race around the mile 7 marker, right after the course reaches its lowest point and then takes runners back along the route they’ve just run, after the roughly one-mile loop around Boyds Pond.

The next biggest hill occurs around the mile 10 marker along Valhalla Road, after which runners then head back up along Two Notch Road and make the turn up and around the entrance ramp to the highway, and then make their way back to the Village at Sandhill for the finish.