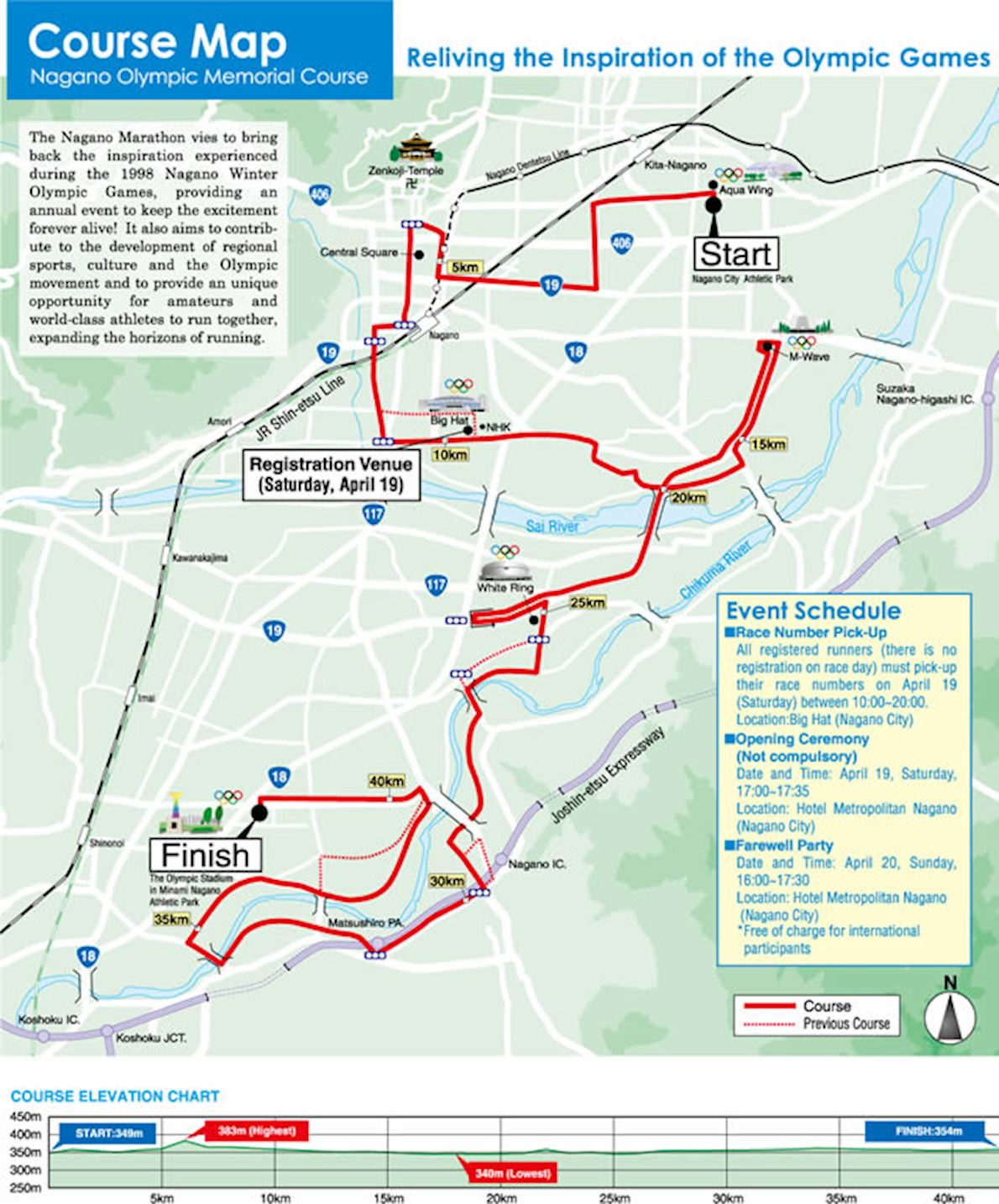 As a runner you will pass by these historic and scenic sites: Aqua Wing, Zenkoji Temple, NHK, M-Wave, Sai River, White Ring and Nagano Olympic Stadium.

The course has a point-to-point style, The route begins at the Nagano City Athletic Park and heads in a generally southern direction, passing the Zenkō-ji temple before finishing at the Nagano Olympic Stadium. The route incorporates four of the former Olympic venues into the race.

No race in 2011 as a result of the Tōhoku earthquake and tsunami. The historical root of the competition lies with the Shinmai Marathon which was first held in 1958.