Moraine Hills Run for the Hills 10K and Half Marathon

Über Moraine Hills Run for the Hills 10K and Half Marathon

Filled with wildflowers, plentiful birds and other wildlife, lakes, ponds, creeks and trails that wind through and among its many hills, bogs and wetlands areas, the 2,200-acre Moraine Hills State Park offers what promises to be a unique trail half marathon and 10K run along a course that’s both marked by its natural beauty and within a short drive of one of the nation’s busiest and densest urban metropolitan areas.

Named the Moraine Hills “Run for the Hills” Half Marathon & 10K race, the event has its annual running this fall, along an out-and-back course that will take runners deep into the park’s hills and trails. Both races start and finish the area of the park known as the Northern Woods, which lies near the northwestern corner of Lake Defiance, the lake that sits near the center of the park.

Water and Gatorade stations are at approximately every 2 miles and the finish.

Course support (water stations and course marshals) will end at 11:45 a.m. Runners still on the course after this time will be notified, and should they choose to finish, will be monitored by a race official and their finish will be timed.

Moraine Hills Run for the Hills 10K and Half Marathon Routenkarte 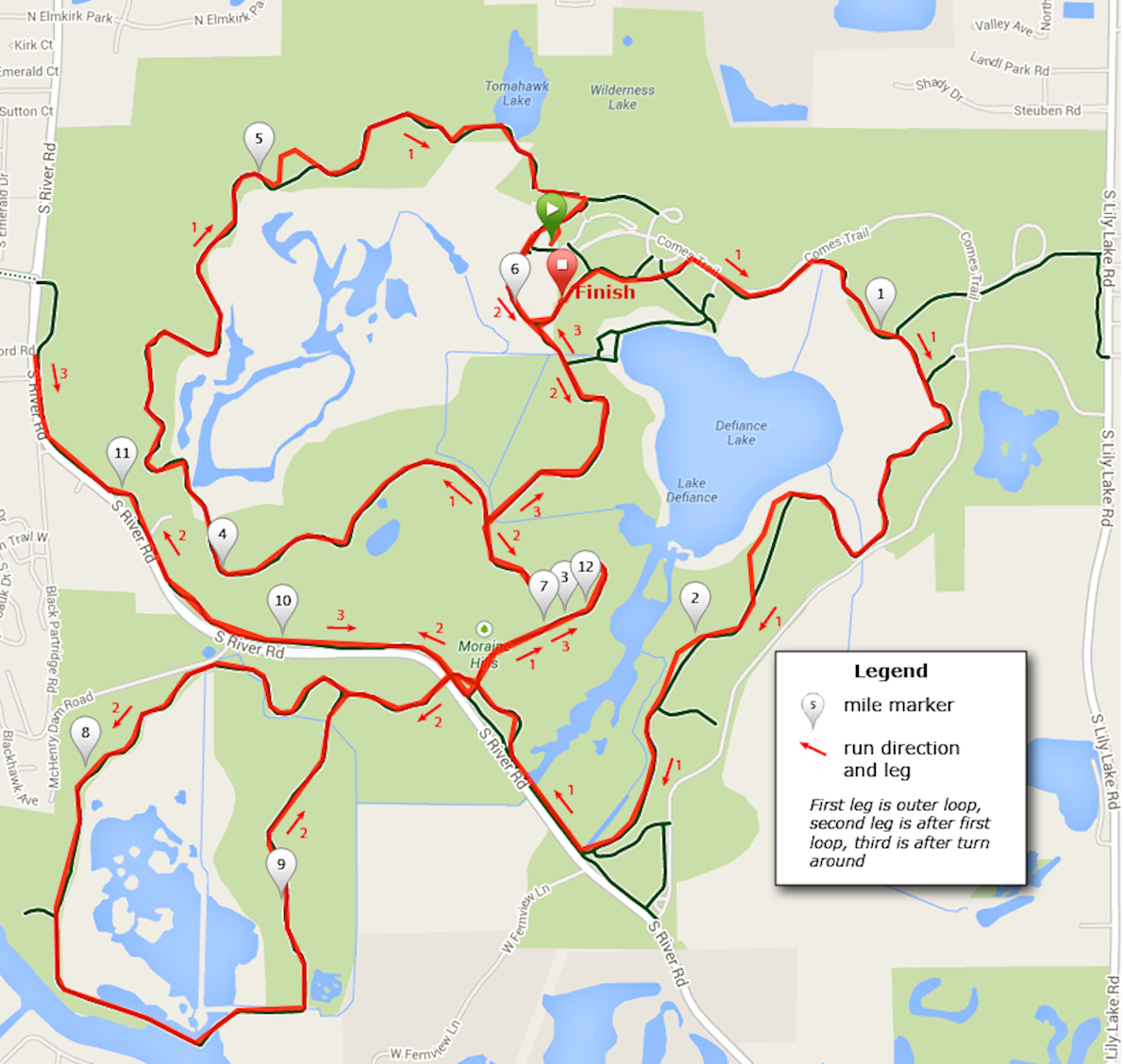 Run in the peaceful autumn beauty of Northern Illinois’ premier Moraine Hills State Park. The courses are set completely within the park on asphalt and crushed limestone trails (no traffic!). Expect rolling hills and spectacular scenery. This is a race you shouldn’t miss.