The Monson Memorial Classic road race was started in 1996, shortly after the deaths of Kelly Waldron and Kathy Waldron Perry. These sisters died eight months apart from different types of cancer. Kathy suffered with melanoma, and Kelly had breast, bone, and liver cancer. They were wonderful, loving people. This race is in their memory, and past proceeds have gone to American Cancer Association of Western Mass, American Lung Association, Quaboag Valley Hospice, and the Make-A-Wish Foundation. This year we are giving proceeds to Griffin’s Friends.

Griffin’s Friends was founded in 1994 in Springfield, MA and named in honor of Griffin Kelleher, who lost his courageous battle with cancer at 14 months of age. Griffin’s Friends is a nonprofit group that provides support to children who are stricken with cancer, and their families. 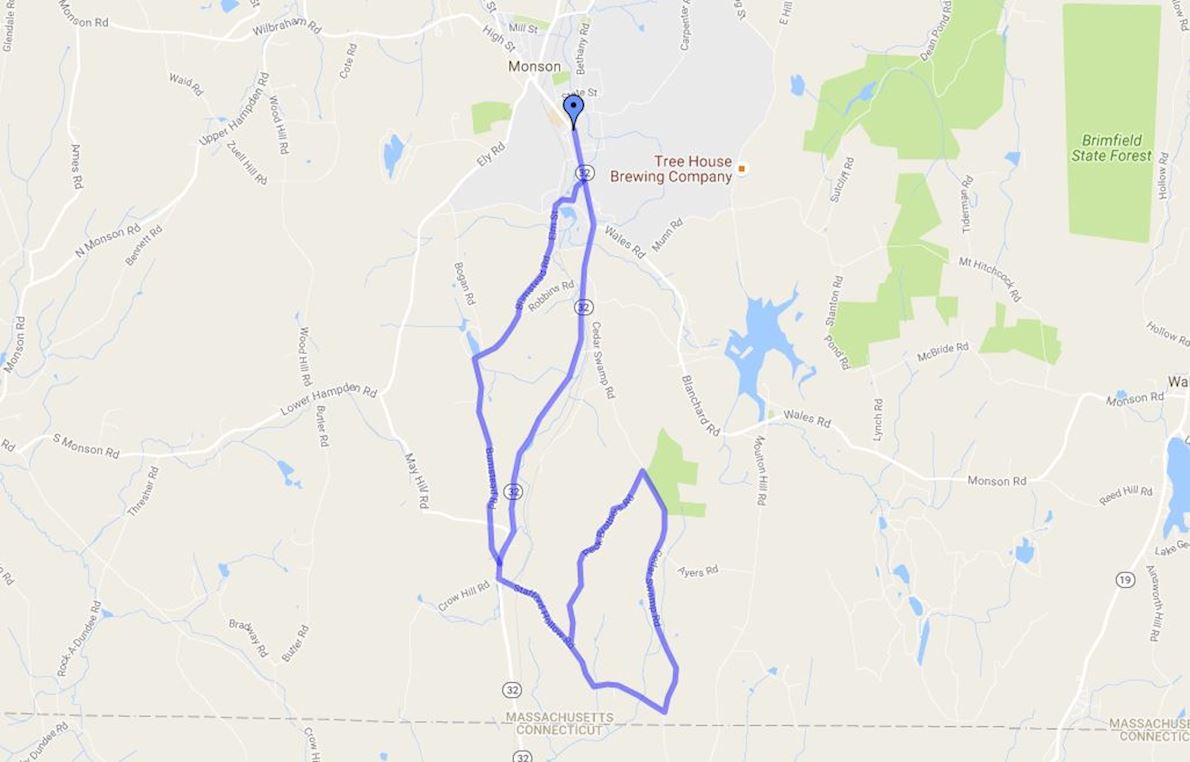 The course for the race unfolds almost entirely south of the city, taking runners southward from City Hall straight down Route 32 for the first 3.6 miles of the race. From there, the course turns onto Stratford Hollow Road, continuing south onto Cedar Swamp Road for the next 1.7 miles. The course continues around the base of Peck Hill (which reaches an elevation of 1,500 feet) and then onto Peck Brothers Road for the next 1.5 miles, after which point the course turns back onto Stratford Hollow Road back to the finish line.

Those interested in participating should train for hills, as the race starts at an elevation of about 407 feet above sea level (at the starting line at City Hall) and reaches a high of about 833 feet as runners reach and run around Peck Hill, where the elevation then again begins to descend back toward the finish line.