See other Halbmarathon in März

Organized by the Hill Striders Running Club of nearby Crystal Lake, Ill., the March Madness Half Marathon makes its annual running this, an event that’s been called “the unofficial start of the running season in greater Chicago” by local running enthusiasts.

The race takes runners on a course just outside Chicago that features lots of very hilly stretches, and has been called one of the most challenging of its kind in northern Illinois.

Water and a performance drink will be provided at approximate 2.5 mile intervals and at the finish line. Gels will be distributed to runners near mile 7. There will be Chronomix timed finish line. Washrooms on course at 3, 4, 5, 7, 9 and 10 miles. Brick washrooms at conservation area will also be open. 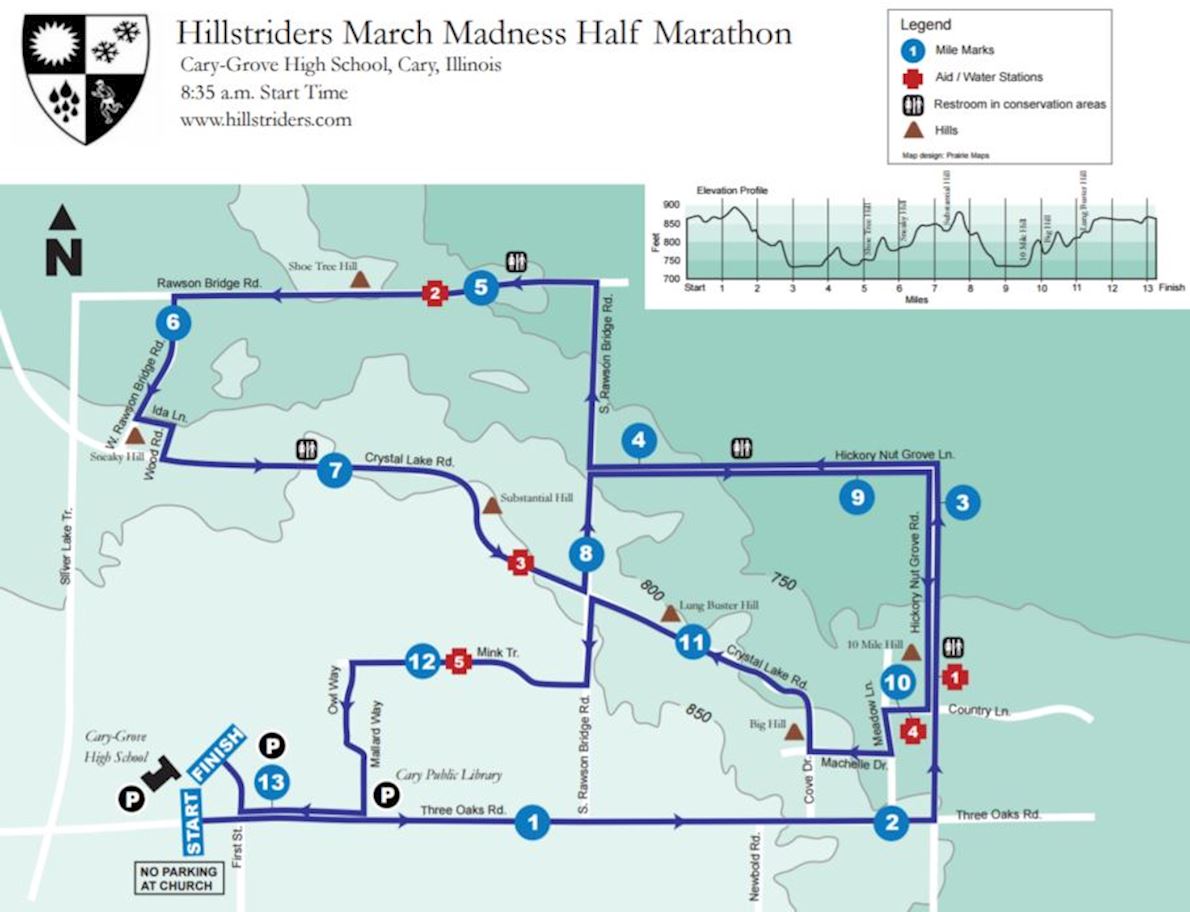 The starting and finish line for the out-and-back route is Cary’s Cary-Grove High School on Three Oaks Road. From there, the course follows a counter-clockwise loop along Three Oaks, North Hickory Nut Road, Rawson Bridge Road and Crystal Lake Road.