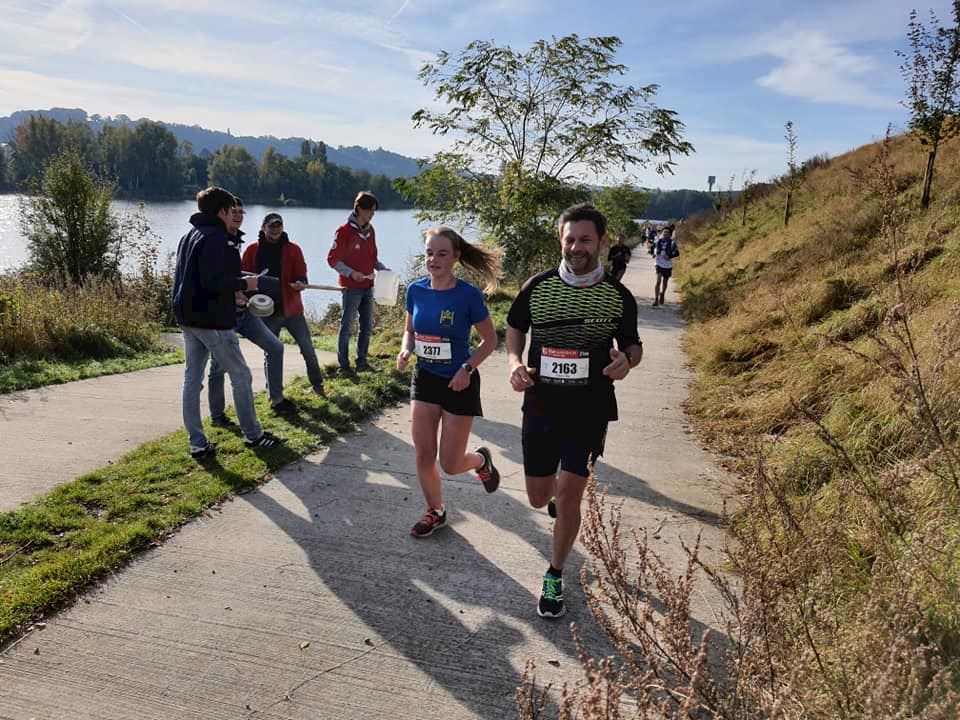 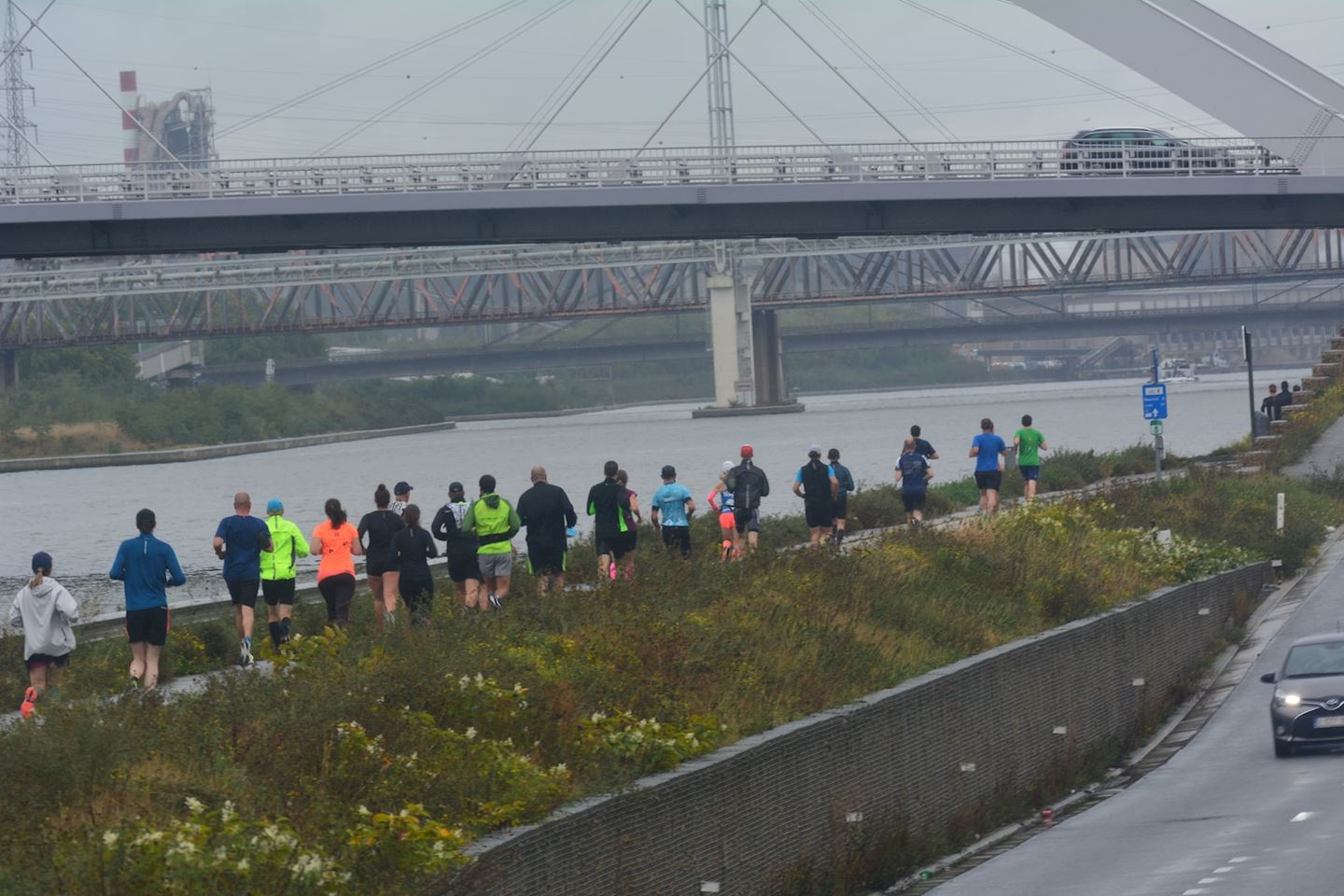 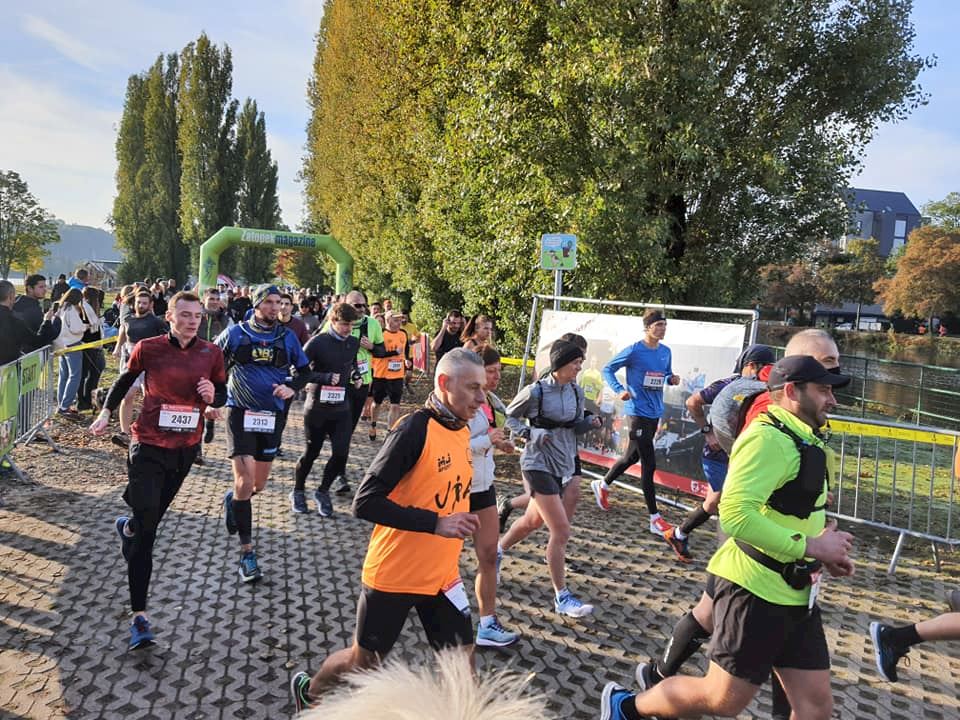 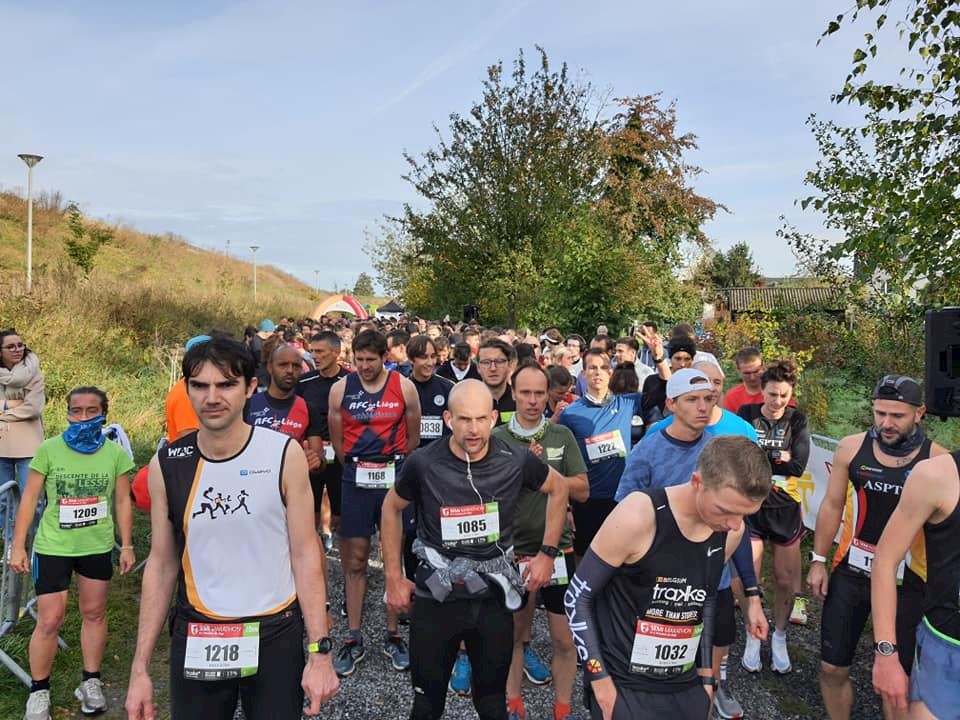 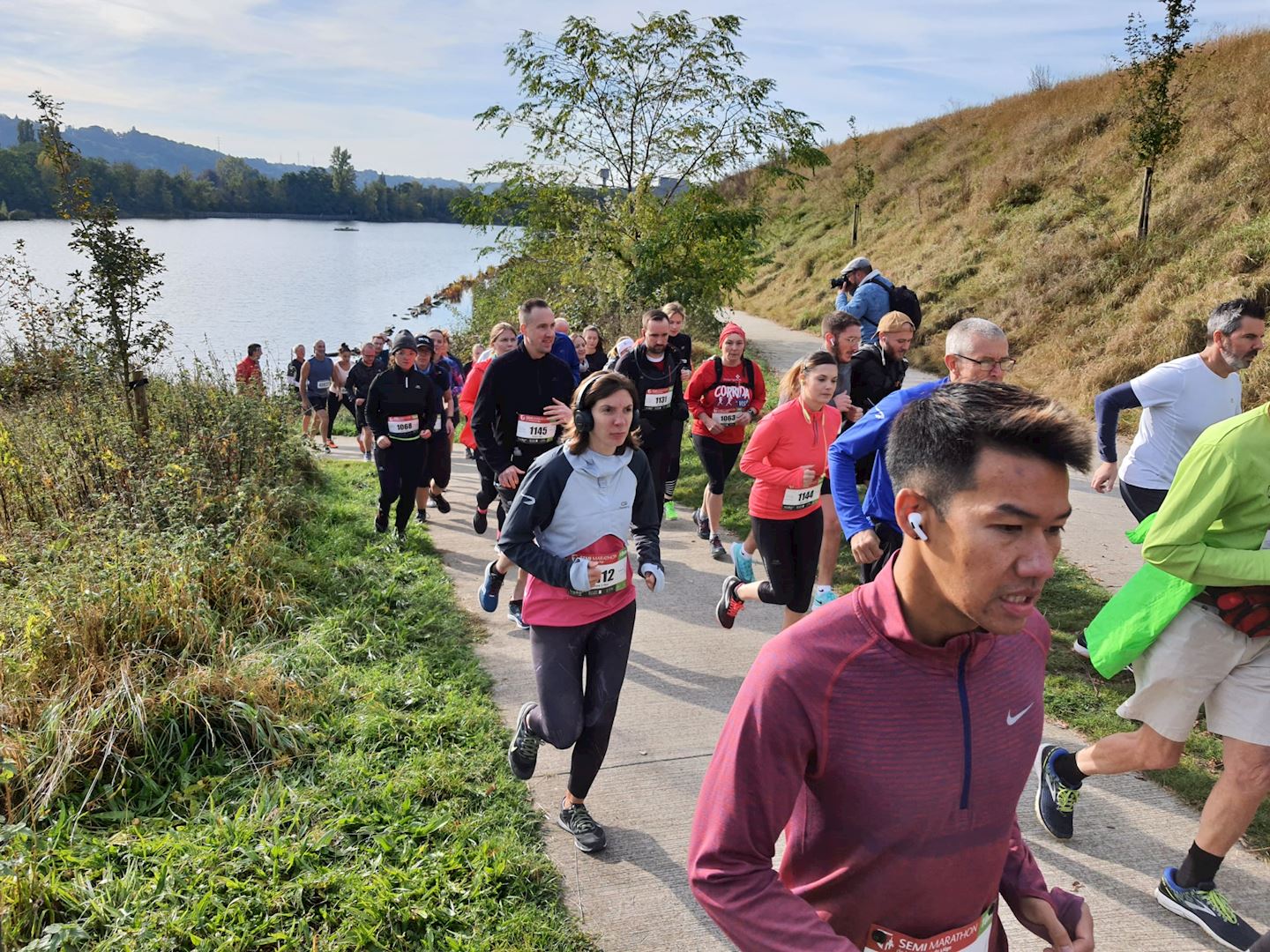 The half-marathon of Liège province is a course for (slightly) experienced runners, ultra fast which starts and arrives at Monsin Island, passing through the Hermalle-sous-Argenteau nature reserve, the Chertal site (exclusively!) and the Lock on Monsin Island.

Gravière Brock: located along the Albert Canal upstream from the Hermalle-sous-Argenteau bridge, the site of the Gravière Brock has a privileged position on a migration axis and is a stopover or wintering area for various birds.

Monsin Island: the island extends over two hectares beyond the Marexhe bridge. The Albert I memorial stands at the tip of the Monsin island which separates the Meuse from the Albert canal downstream from Liège. It was inaugurated by Leopold III in August 1939 in memory of Albert I, who had himself inaugurated the works on the canal on May 31, 1930.

After the event, the runners will be able to relax on the Monsin island and pass by the catering area (snacks, soft drinks, special beers, etc.). Reception tents and furniture will be erected for this purpose. The comfort after the effort.

At the start of the races on October 16: Monsin Island in Liège: Rue de l'Ile-Monsin, 4020 Liège