Beitreten Lady of the Mountain Run

Despite a dearth of amenities, Alamogordo (Spanish for ‘fat cottonwood tree’) is the center of an important space and atomic research program. Most of its sights are child-oriented, but any adult who’s young at heart will enjoy them too. You can also check out two tiny towns nearby, the art outpost of La Luz and pretty little Tularosa. With that being said, the Lady of the Mountain Half Marathon is the place to be.

First National Bank and the City of Alamogordo present the Annual Lady of the Mountain Half Marathon in December in sunny Alamogordo, New Mexico.

Proceeds benefit the Lady of the Mountain Scholarship Fund at NMSU-Alamogordo. This is a needs-based educational scholarship administered by NMSU-A.

The race begins at Alamogordo’s Griggs Field sports complex on Fairgrounds Road, and from there unfolds along largely a north-south route on Scenic Drive. After leaving Griggs Field and running about 3/4 of a mile, runners turn right onto Scenic Drive and spend the next several miles running south along the base of the nearby Sacramento Mountains and the Lincoln National Forest.

It’s along this stretch that runners will be able to catch a glimpse of the legendary “Lady of the Mountain” for which the race is named, as they can see the figure of a woman lying on her back chiseled into the mountain, looking over the highway from above.

The course continues south along Scenic Drive for the next several miles, all the way down to the point where Scenic Drive ends, at the intersection with Ocotillo Drive. Runners then make the turnaround and head back north along Scenic, and make a right turn on East 1st Street for a loop around the areas just off 1st and Shadow Mountain Drive.

Once they’ve made the loop, the course returns back to Scenic Drive, where runners make a right and head north, all the way back up to Griggs Field for the race finish.

Along the way, they’ll pass by the New Mexico Museum of Space History and make their way over some hilly terrain, organizers note, as there are some steep hills in the loop section off 1st Street and Shadow Mountain Drive, as well as the first and last miles of the course. 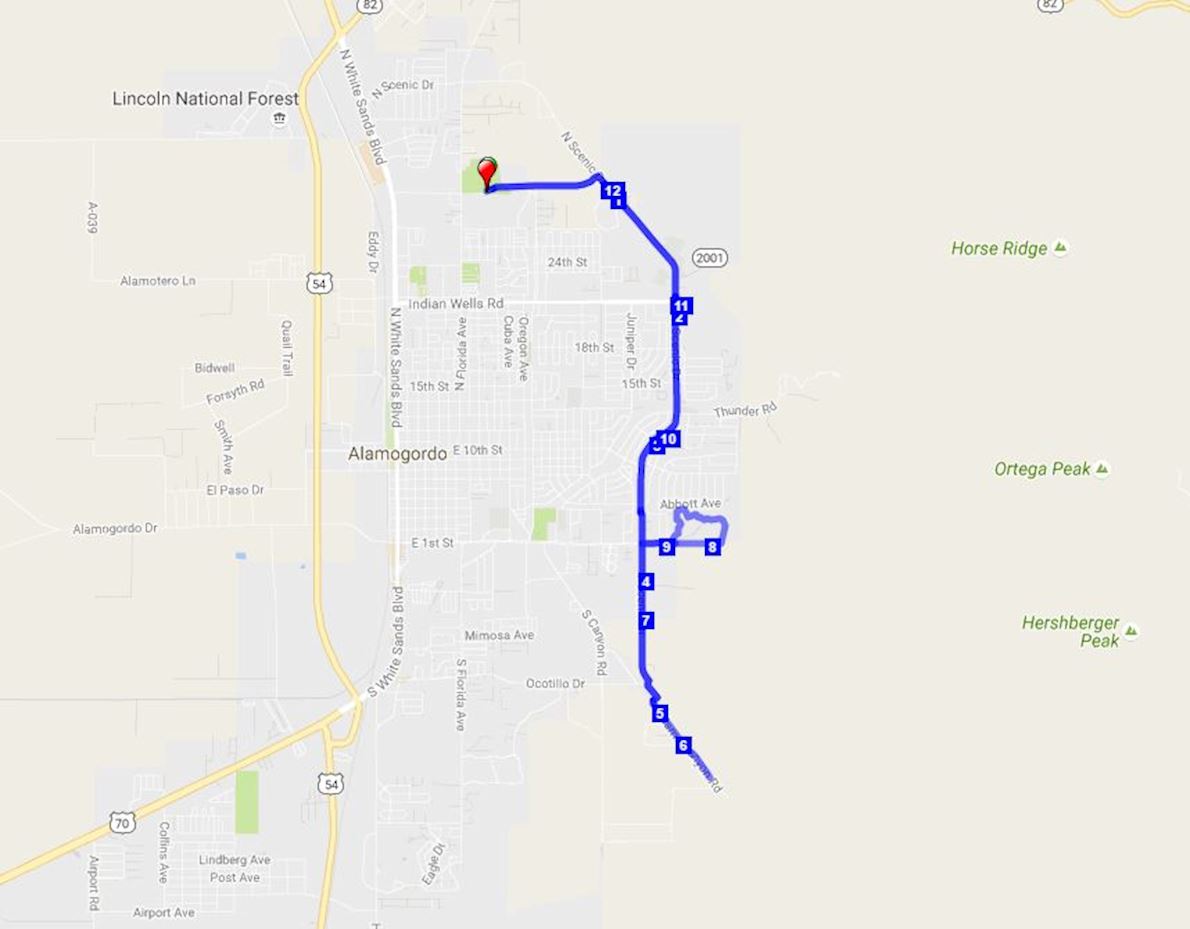