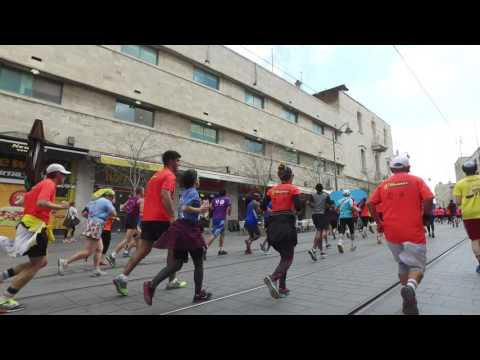 This is one of Israel’s largest marathons, with 30,000 participants of which hundreds are elite runners and runners from abroad.

The starting point of the marathon is Israel's parliament, the Knesset, in the western part of the city. Runners thence loop around the Giv'at Ram campus of the Hebrew University, pass alongside the valley of the cross, and cross through various neighborhoods on their way up to Hebrew University's Mount Scopus campus in eastern Jerusalem. The route then descends to the Old City, taking runners through Jaffa Gate and the Armenian Quater and out Zion Gate, on their way to the Jerusalem Forest. The race's finishing point is Sacher Park. Jerusalem's hilly terrain makes the marathon especially challenging. The religious and ethnic diversity of the Jerusalem Marathon led one Haartez reporter to describe the race as "the most cosmopolitan event around."
Mehr lesen Weniger anzeigen 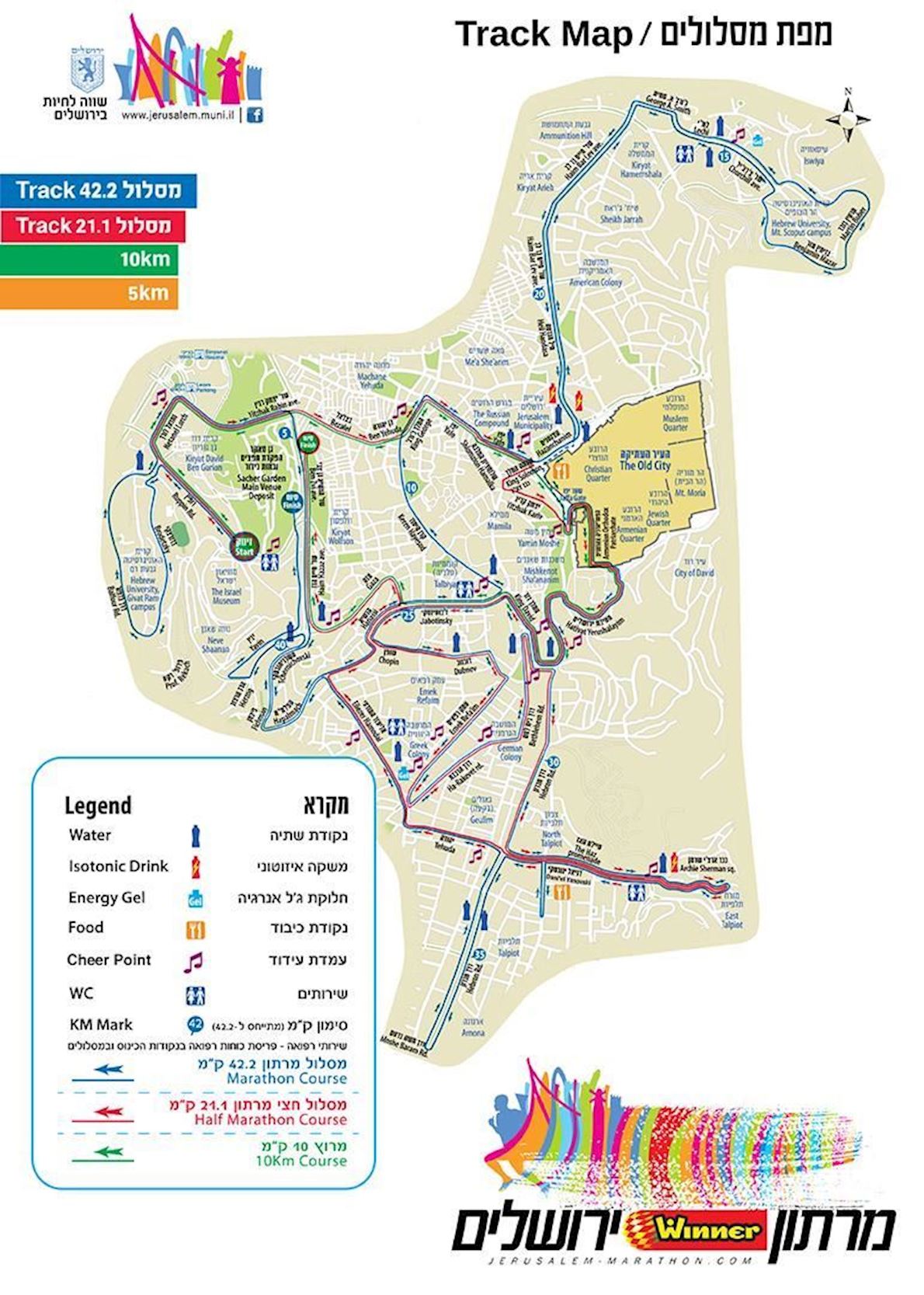