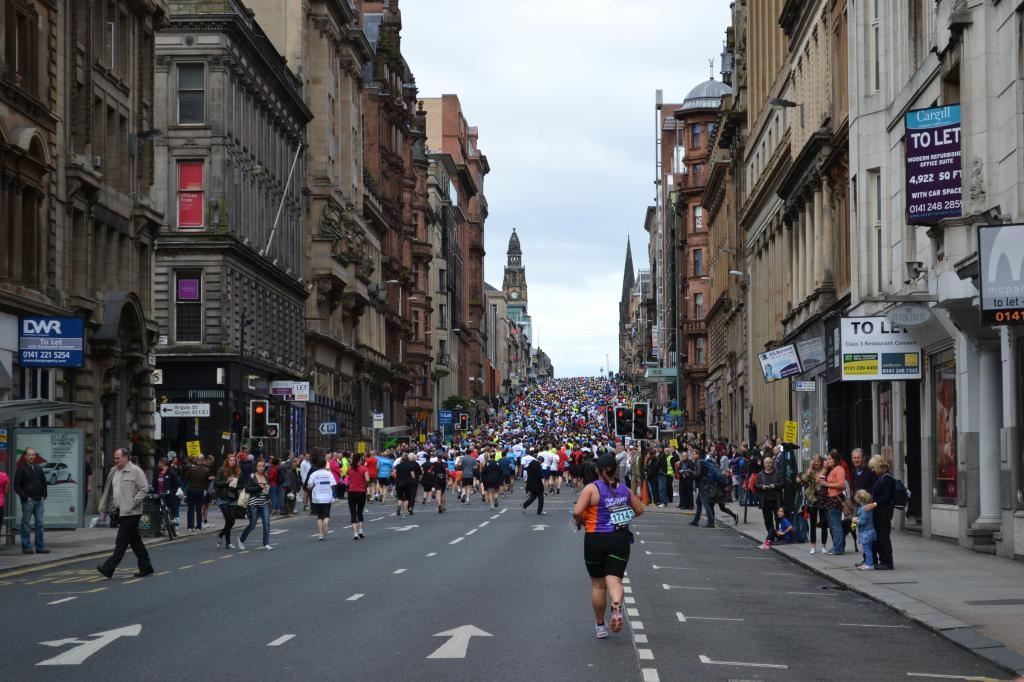 The half  marathon course  begins in George Square and immediately heads steeply up St.Vicent Street, going west west through the city's commercial centre and Anderston. Runners then join a sliproad of the M8 Motor way  and cross the River clyde on the Kingstone Bridge, part of which is closed to vehicle traffic for the Sunday morning of the event. The next portion of the race takes place in the city's south side, heading through streets of the Kinning Park area, and then on paths through Bellahuston house and heading back northeast toward Pacific qauy and the river. The course then crosses the Clyde again, this time on the Clyde Acr. From there runners head west along the river side, past the Scottish Exibition and Conference centre before doubling back around the Riverside Museum to head east along the Clyde, and back through Anderston, with runners entering Glasgow Green through the McLennan Arch for the finish. The route was changed for the 2013 running – in previous races, runners stayed on the south side after Bellahouston Park, looping through Pollok Country Park and the streets of Pollokshaws and the Gorbals, and only crossing the Clyde again, on the Alexandra Bridge, just before the entrance to Glasgow Green.
Mehr lesen Weniger anzeigen 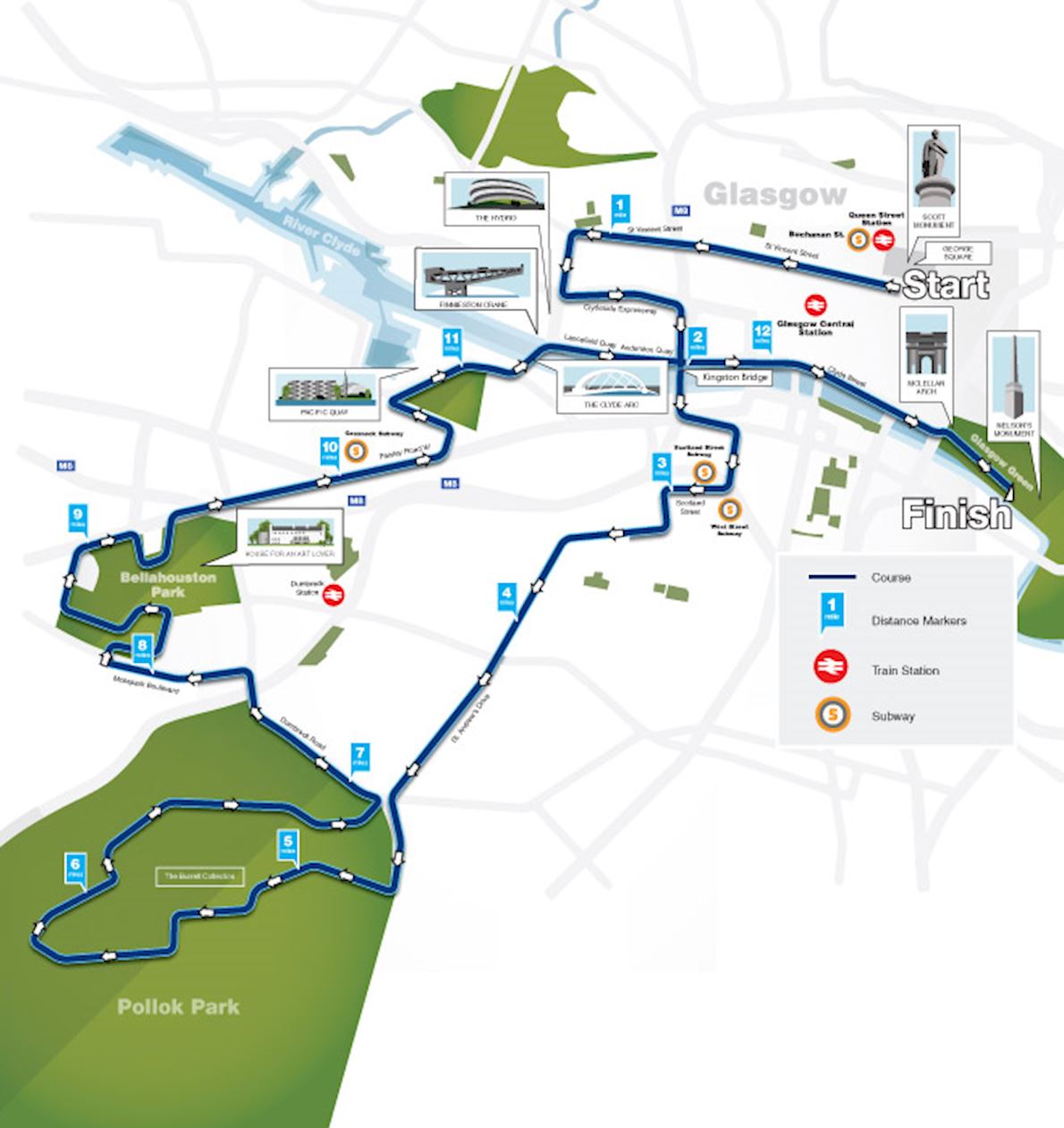