The volcanic plugs of the Glass House Mountains rise abruptly from the subtropical plains 20km northwest of Caboolture. In Dreaming legend, these rocky peaks belong to a family of mountain spirits. The explorer James Cook thought the shapes resembled the industrial conical (glass-making) furnaces of his native Yorkshire. It’s worth diverting off the Bruce Hwy onto the slower Steve Irwin Way to snake your way through dense pine forests and green pastureland for a close-up view of these spectacular magma intrusions.

The Glass House Mountains National Park is broken into several sections (all within cooee of Beerwah), with picnic grounds and lookouts but no camping grounds. The peaks are reached by a series of sealed and unsealed roads that head inland from Steve Irwin Way. With that being said, Flinder’s Tour is the place to be.

Matthew Flinders was the first European to climb one of the Glasshouse Mountains (Beerburrum) on this date in 1798.

those entrants in the 52km may have clearly labelled drop bags taken to Checkpoints 2 and 3 if they hand them in by 6.45am.

This should not be a problem but car pool as much as possible and obey any directions given by parking attendants. Parking is on the western side of the school and in front.

Each of the checkpoints 1, 2 & 3 will have water, electrolytes and sweets. Base (for 52km only – turn around point only) and Checkpoints on the second loop for 52km runners will also have Coca Cola and potato (with salt) and fruit. Ensure your number is recorded at each checkpoint. 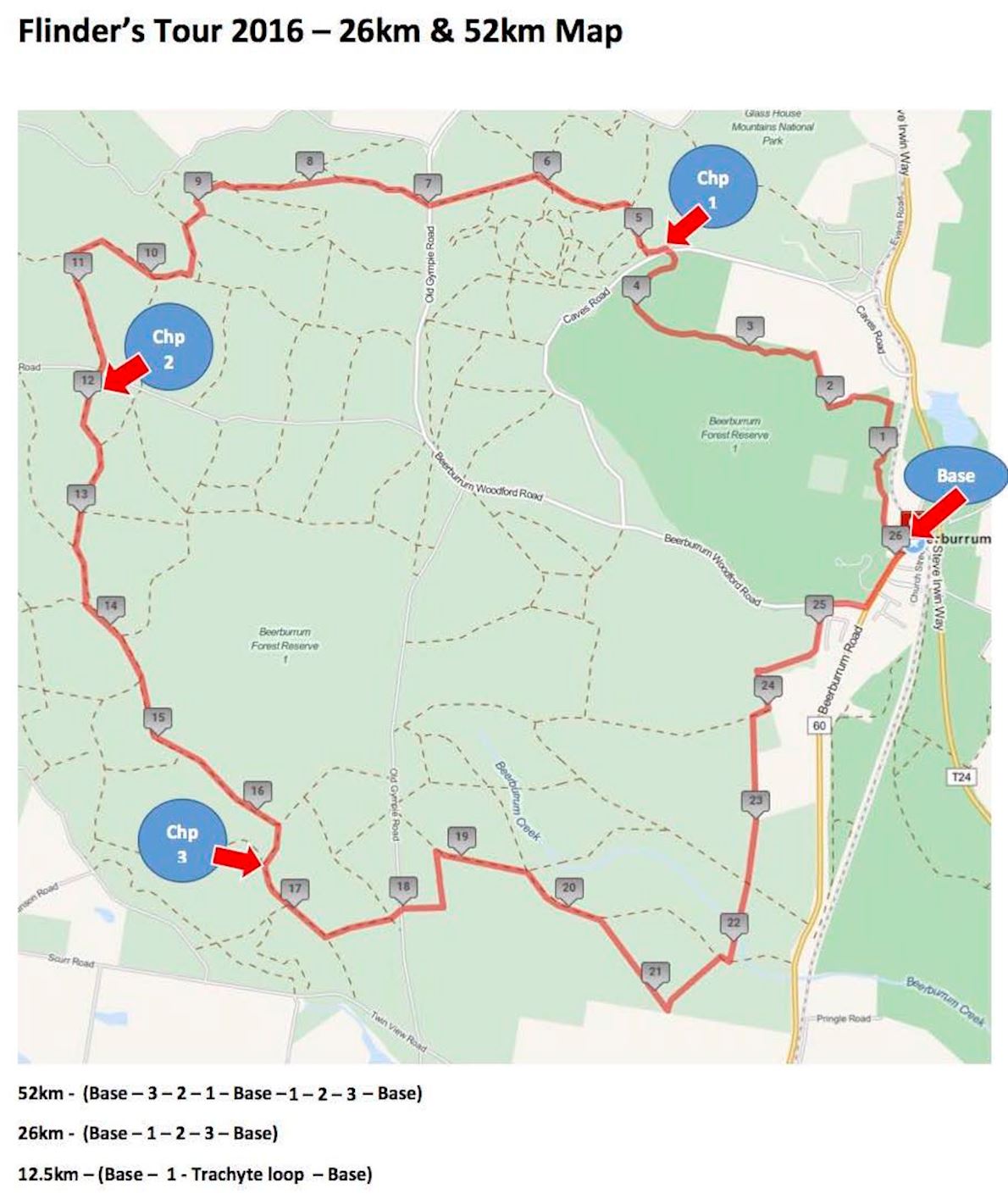