See other Marathons in Januar 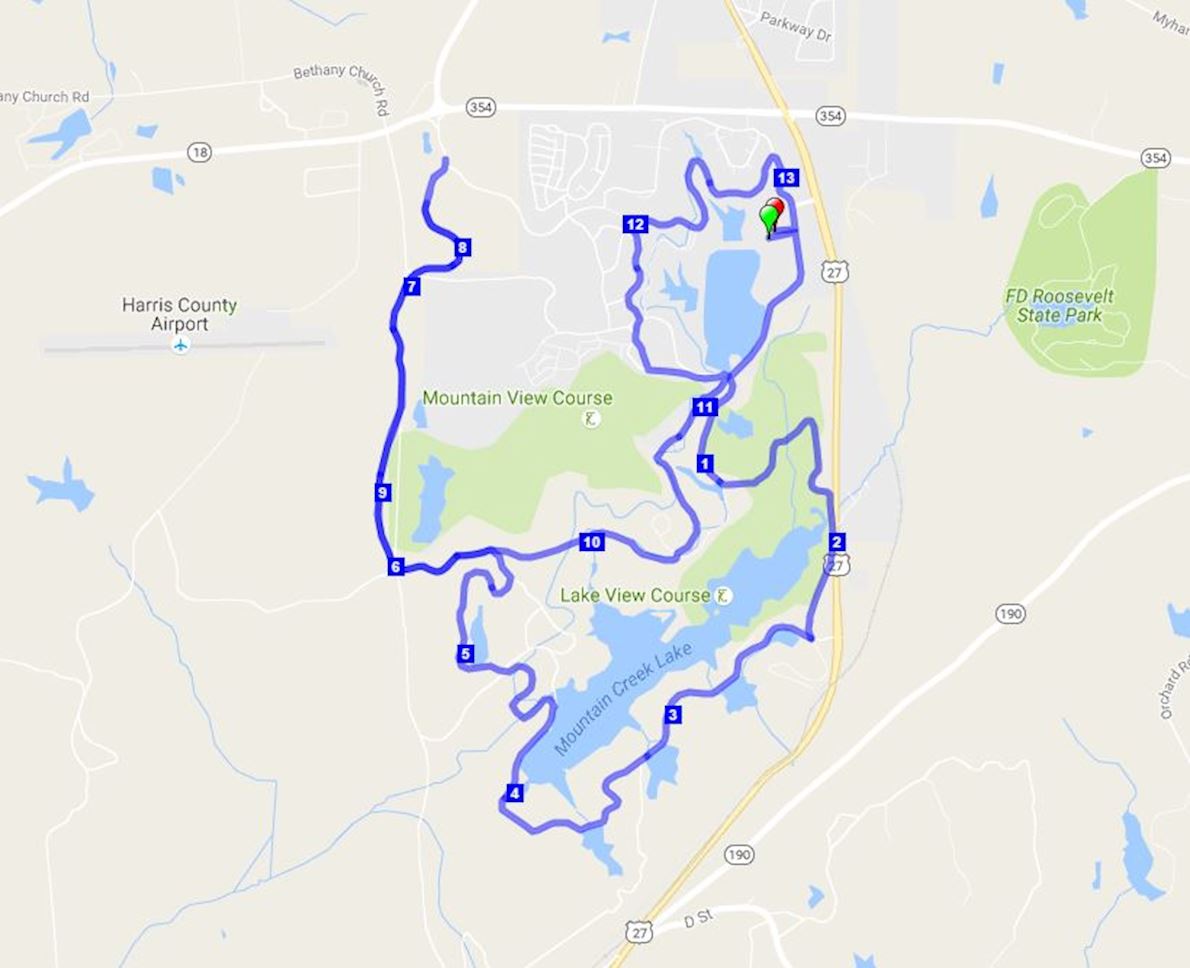 Parking lot next to Robin Lake

Known especially for its golf courses, award-winning gardens and Cecil B. Day butterfly center, and seasonal holiday displays like its Christmas-time Festival of Lights, the Callaway Gardens resort in Pine Mountain, Ga., stages this smaller race event each January as part of its annual fitness event series, which also includes a duathlon and a triathlon later in the year.

Described by past participants as a beautiful course with plenty of fresh air and rolling hills, the race takes runners along a loop course through the 13,000-acre resort’s neatly manicured gardens, bicycle trails and woodlands.

Runners will get to see many of the sites and landmarks people come to Callaway Gardens to visit, including the Lodge and Spa at Callaway Gardens hotel, the Ida Cason Callaway Memorial Chapel, the Day Butterfly Center, the Sibley Horticultural Center, two of its golf courses, stretches along two of its lakes, and runs along many of the walking and running trails that snake through its woods.

The race follows a clockwise loop course around the resort, and starts and finishes in the parking lot next to Robin Lake, near the northeastern corner of the resort and just south of downtown Pine Mountain, the closest town to Callaway Gardens.

As mentioned above, the race is a smaller event compared to many other half-marathons, drawing fewer than 200 runners for the full- and half-marathons and the 5K. And few spectators are out along the course, which can make for a quiet race – though this is what many past participants also find appealing about it, because what it lacks in energy it makes up for in providing a quiet, refreshing escape.