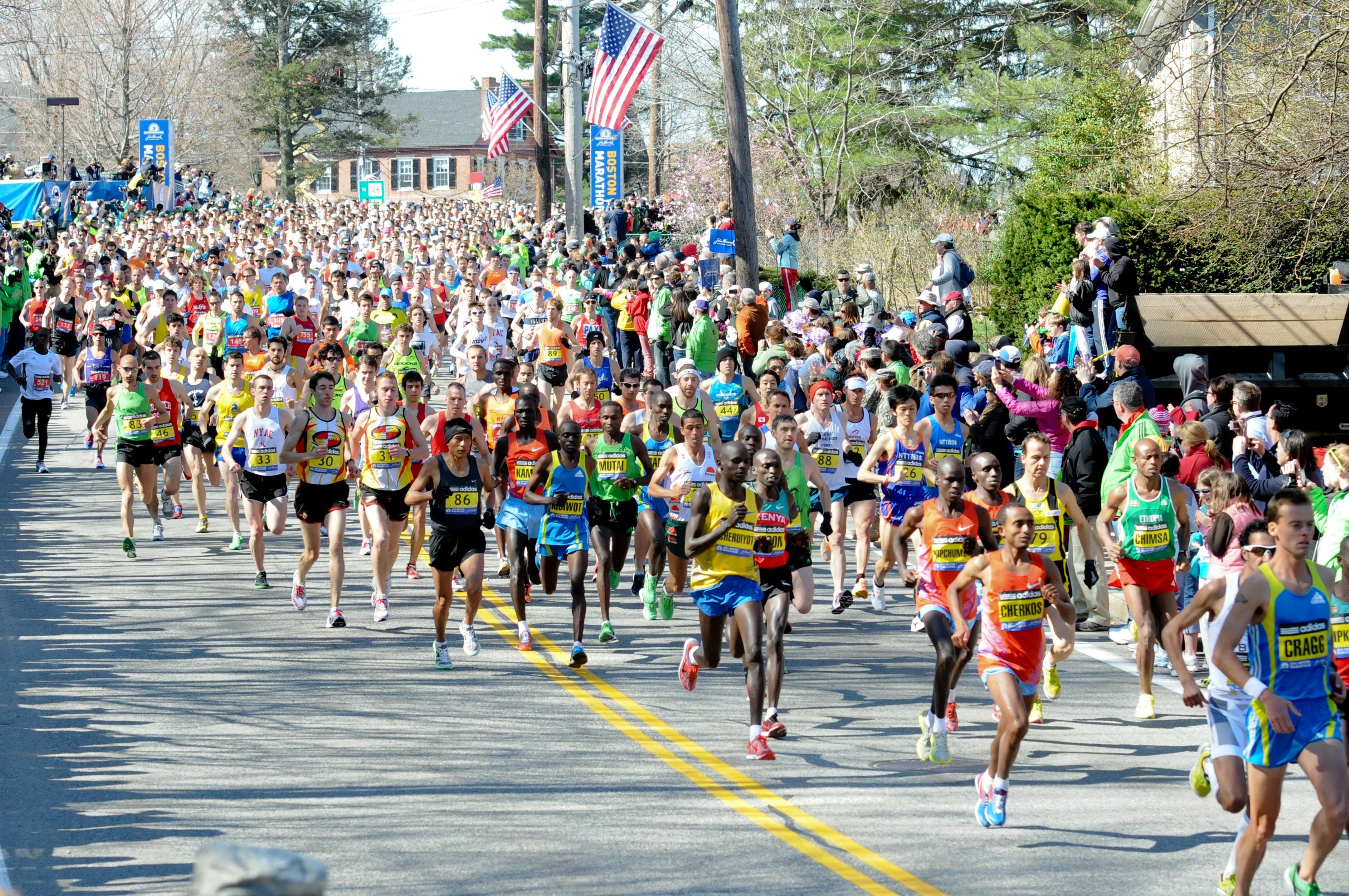 The Boston Marathon is the oldest running marathon and among the most prestigious in marathon circles. Sponsored by John Hancock Financial Services, it is managed by the Boston Athletic Association. Known as the pinnacle marathon competition, there are strict traditions associated with participation, qualifications for entry, and rules of conduct.Held on Patriots’ Day, which is the third Monday of April every year, it has been a tradition hosted by the cities of Greater Boston since 1897.

Due to the success of the Olympic marathon event in the Summer of 1897, it is the world’s oldest annual marathon and one of only six Major World Marathons. Although open to both professionals and amateurs, to participate, you have to qualify to compete. Not only do runners have to make it through the 26-mile trek, but there are also often when they have to do so under rough in climate conditions.Touting over 500,000 spectators yearly, it is the most widely participated sporting event in New England. From eighteen original runners in 1897, there are now as many as 30,000 who register every year. The Centennial Boston Marathon held in 1996 established a long-standing record of having the largest participation of any marathon event with 38,708 entrants, 36,748 starters and 35,868 finishers.

From the starting line along Tomesello Way, runners then head north for the first mile toward the southern end of Revere Beach, where they'll turn right and head south onto Revere Beach Road. The next couple of miles unfold taking runners south into Winthrop, a small community that's a suburb of nearby Boston located on the peninsula near the airport, looking out onto Boston Harbor. Runners make a loop around Shirley Street, Seafoam Avenue and Winthrop Shore Drive before heading back north toward Revere Beach, where they'll start a long, out-and-back stretch along the oceanfront.

Runners will get to see the beach and the waves coming in from the ocean for virtually all of the next eight miles of the half marathon, as the course takes runners all the way north through Revere to the Point of Pines neighborhood. Here the course makes a loop around the point along Huntington Avenue, Rice Avenue and Lynnway before heading back onto Revere Beach Road for the return route south, but not before giving runners nearly a 360-degree view of the point all the way around.The next stretch of the race covers ground runners will already have run, as they make their way back along Revere Beach Road all the way south to the southern end of the beach again, and then make the right onto Tomesello Way to head back in to the finish line at Suffolk Downs.