See other Marathons in Juni 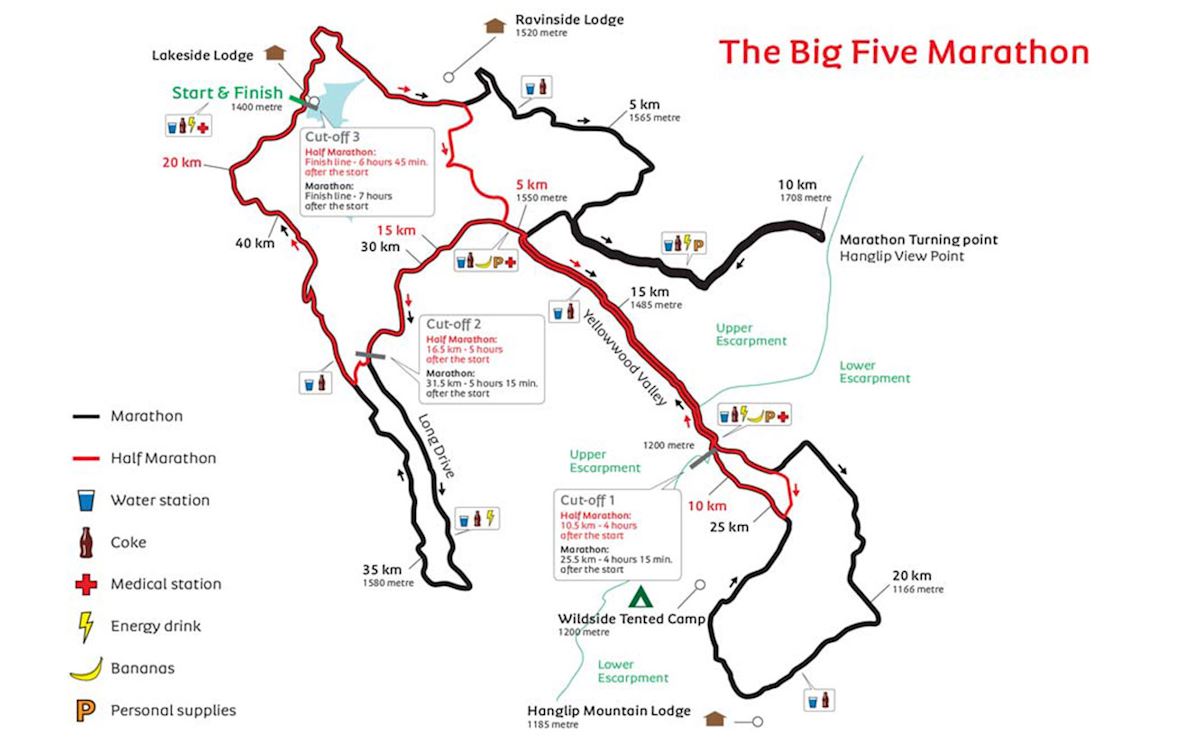 Lakeside Lodge on the upper escarpment

The Big Five Marathon is known for its challenging course which takes runners through incredible scenery and showcases the natural beauty and wildlife of South Africa. The Big Five Game: lion, leopard, elephant, rhino and buffalo!