See other Marathons in Februar 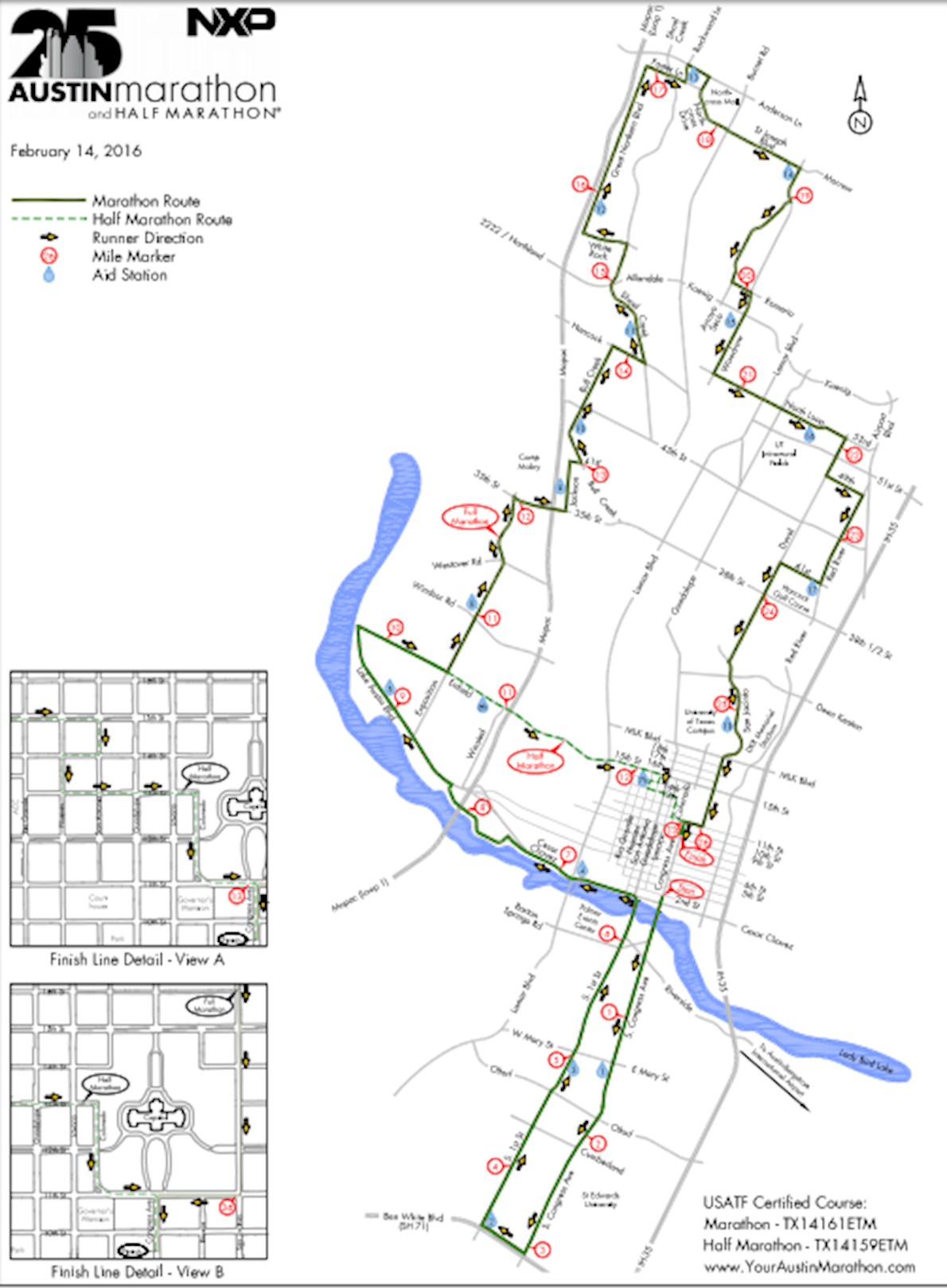 The Austin Marathon and Half Marathon® courses are USATF certified courses that run through some of Austin's most scenic and historic areas, including Lady Bird Johnson Lake, the Allandale and Hyde Park neighborhoods, Congress Avenue, the University of Texas campus, and the State Capital complex.