The concept for the Halloween Half Marathon was born in early 2009. We were looking for a unique “hook” to add into a traditional running event. We figured there were plenty of running events out there so we wanted to create a unique experience for the runners. The answer came in the form of a nudge from the special events team from Miami Beach. They asked us if we would be willing to stage an event in the newly renovated South Pointe Park in October. The light bulb in our heads lit up once the October timeframe came into play…. Halloween! Even as adults, when the calendar turns the page to October, Halloween comes to mind. The marriage of Halloween, costume themes, and a running event quickly came together! From the outset we decided that each year would feature a different traditional Halloween character. The artwork for the event, the medals, and the shirt would incorporate the Halloween character. To date we have used bats, vampires, skeletons, zombies, and werewolves. We are starting to run out of traditional Halloween characters!

The hustle and bustle of Atlanta, as well as the shade and trees that make the city an urban forest, play host to the annual Atlanta Halloween Half Marathon & 5K, part of a growing series of Halloween-themed races that began with a race in Miami Beach just a few years ago.

The Atlanta Halloween Half Marathon & 5K is a costume and Halloween themed event that adds a unique twist to the traditional half marathon & 5K event. Many of the runners & walkers tackle the 13.1 or 5K courses decked out in full costume! Some of the more popular costume themes that we have seen include: Superhero, Villain, Scary, Funny, and HUH? (for those uncategorizable costumes!) It is not mandatory to run in costume; but we recommend that you do! In our experience the runners and walkers that participate in groups and in costume seem to have more fun! Awards will be presented to the Top 3 in each Age Group category. There will also be prizes for participants with costumes that stand out!

There will be water stops approximately every 2 miles. Will there be timing chips/numbers? Will there be bathrooms? Is there a place to get my gear after the race? Are wheelchairs and walkers allowed on the course?

We will have awards for age groups to the top finishers of 1st, 2nd, and 3rd place, along with Top 3 Overall Male/Female. We provide a Halloween themed finisher medal for every participant.

Gear check will be available at the Start/Finish.

The time limit for the Half Marathon is 4 hours. For the 5K the limit is 1 hour.

Each participant will receive a Halloween themed bib number. The timing chip will be affixed to the back of the Bib. 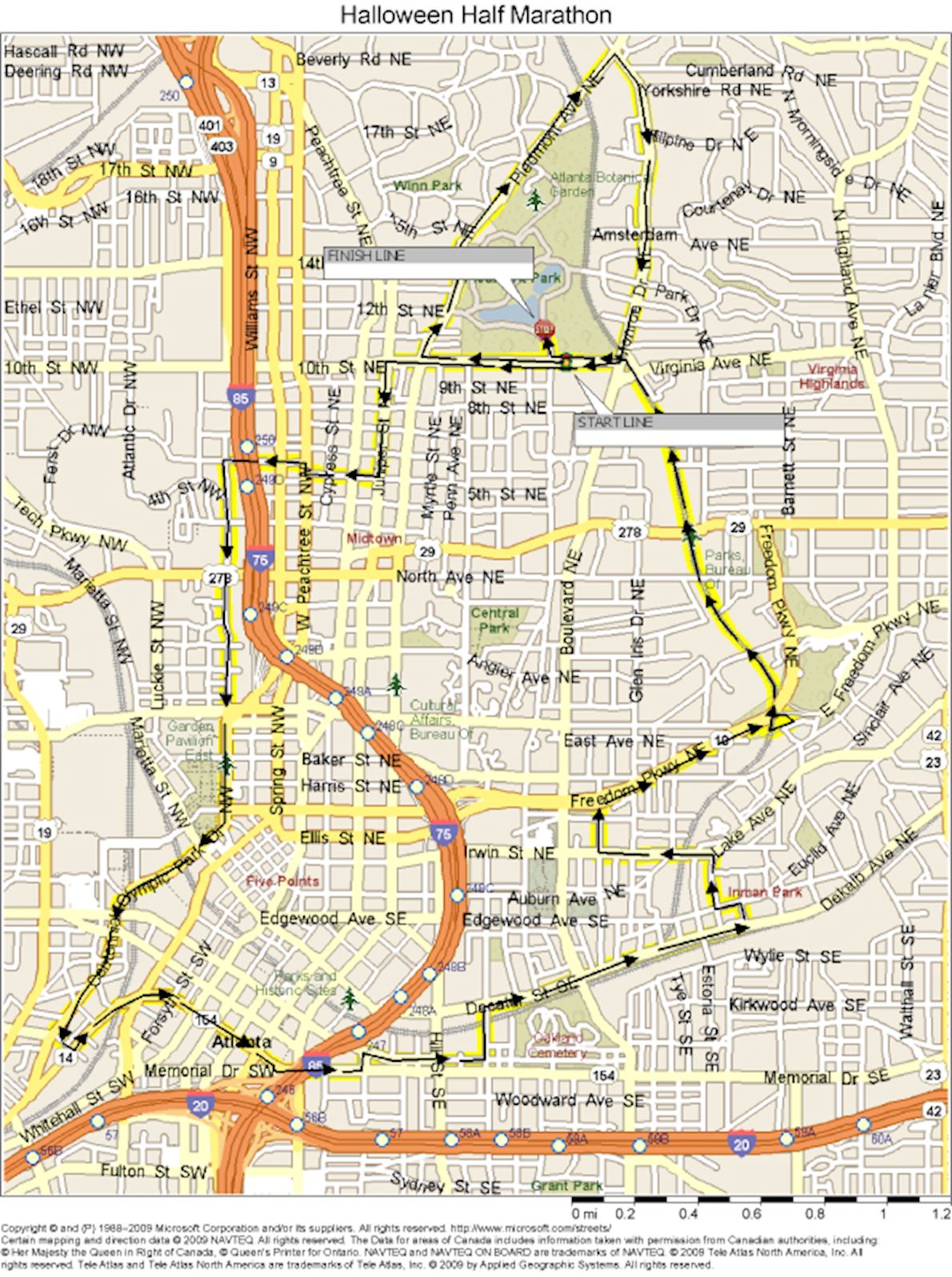