The start and finish are infront of the Town Hall on the coolsingel. The course ic considered to be the fastest course in the world based on the ten fastest times ever run in a marathon. The course is run on completely tarmac.The starting shot is traditionally fired by cannon.
Mehr lesen Weniger anzeigen 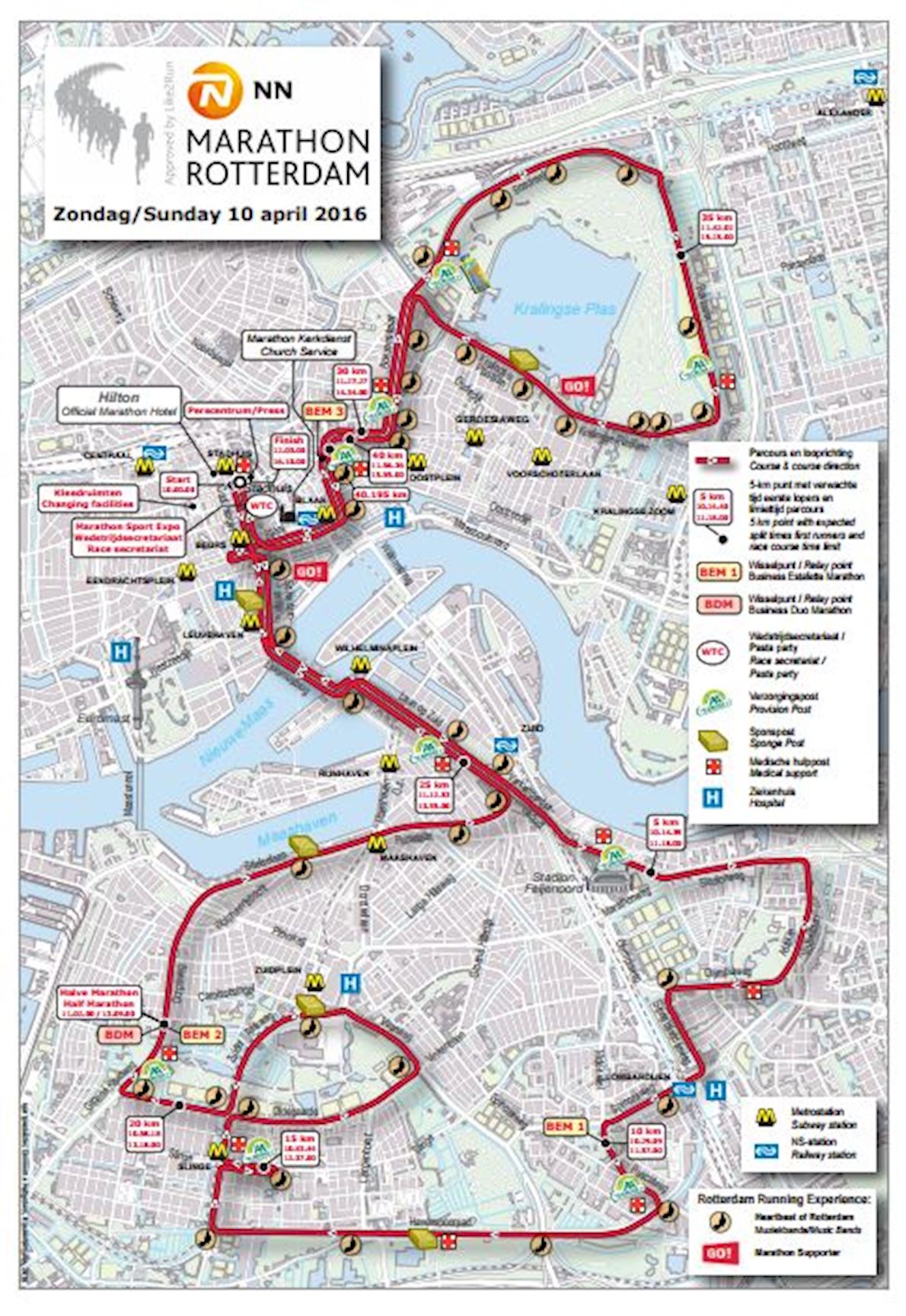