Why Are Marathon times Getting Slower Since The 80s? 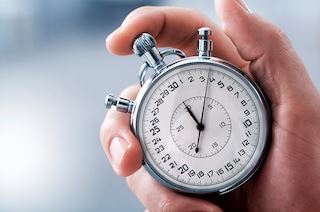 If you haven’t seen the movie “Forest Gump,” first of all, you should. Second, in the movie the main character Forest is supposedly the one who began the running craze of the 80s. One of the many things a zany character who is always in the right place at the right time is credited with, running became his obsession because he was teased so much as a young child.

The eighties introduced running to a world that hadn’t a clue why anyone would choose to strap on shoes and hit the pavement besides the very few who were born to do it, or had to, due to their occupation in life or survival. The eighties made running marathons popular around the world. Not just because of the cool headbands, short shorts, and colorful socks, but because it was the first time that there was such a notion as “fitness". Or, anyone came to terms that exercise was slowly being omitted from our daily routines and beginning to show a sign on our overall health and longevity.

The popularity of marathon running catches on with beginners

Even though running caught on, up until recently, racing marathons was something that only those who were considered insane would ever attempt. As a bucket list item to the seasoned and well-trained athlete only, it wasn’t something that people did just to cross the finish line and say they could. If you ran a marathon "in the day" you did so to beat those around you and to make it to the end first, not to make it to the end alive.

In the past two to three decades, average marathon running times have been on the decline. As fitness and athletics have become more popular, the general population is taking to the streets and trying amazing feats that they wouldn’t once dare. Among those athletic goals is marathon running. Unfortunately, just because you can run, that doesn’t mean that you should or that you are going to be one of the greats.

In the eighties and before, marathoners had a calling. They had the goal of becoming the faster person in the world. Now, people are trying marathons for the first time well into their golden years just to prove that they are still alive and kicking. That means that the times are slowing and the average age of those attempting is increasing, and so are the number of runners.

Different training methods may be contributing

Training for a marathon is different too. Runners in the old days would just hit the street night after night trying to beat their last time and acquiring mileage. Now, athletes who would be better off on the elliptical machine are on a regimen that typically includes fitness trainers, marathon experts, or just mommy groups with jogging strollers.

Not many are running full marathons before they make it to race day. More “theoretical” training is happening to the general audience where they may run it all the way through before race day or not. There are theories that if you can make it 15, you can make it all the way, which is why many are giving it a go without any intention to win, and, in some instances, just hoping to make it to the end of the course.

Also slowing down the times are the more challenging races. Because race running is not enough, or suitable for every running enthusiast, the extreme courses and hills are slowing down the overall running times when they are averaged in. It is taking extreme marathoners longer times to compete, but when you factor in the additional endurance that it takes to run uphill, over hills, or sometimes through the wind, sleet, and ice, finding an average that really means something relative becomes way more problematic.

Analyzing the real data may be misleading

Although the average runner is slowing their performance for individual best, overall, those who are winning marathons are doing so at a quicker rate than ever before. In much better shape, and with fewer years due to better training methods, seasoned athletes are continuing to beat their own and old records and cross over the yellow line at record speeds, literally.

The true marathon elitists don’t waste their time with local marathons. Choosing to train in their part of the world, they only make it to the international races that qualify them and where their numbers count. That means that the fastest times are being concentrated on only a few marathon races where amateurs are lagging or not even accepted. Races like the Boston Marathon and others have begun to weed through the amateurs to find only the top racers and limit those who qualify to cut back on the chaos of the international nature of the race and its popularity and familiarity.

It is ironic that as methods for training, nutrition, rehabilitation and athletics continue to be on the cutting edge, marathon times continue to slow. That, however, is not a sign that people are getting slower. It is rather a sign that people are becoming more adventurous. Being a marathoner is no longer about trying to be the best and the first, but doing something that challenges you to do things that don’t come naturally.

Times may not reflect what is really going on

So, to those who hit the trails every week training for a marathon with the hopes that they don’t give up half way, kudos. You are proving to the rest of the running world that even if you weren’t born a runner, you can still do amazing things. Wheelchair bound, senior citizens, even special needs people, are proving the impossible out on marathon courses around the world. Maybe they aren’t beating record times and are slowing the average marathon time down, but they are doing so with grace, spirit and a whole lot of inspiration to the rest of us.