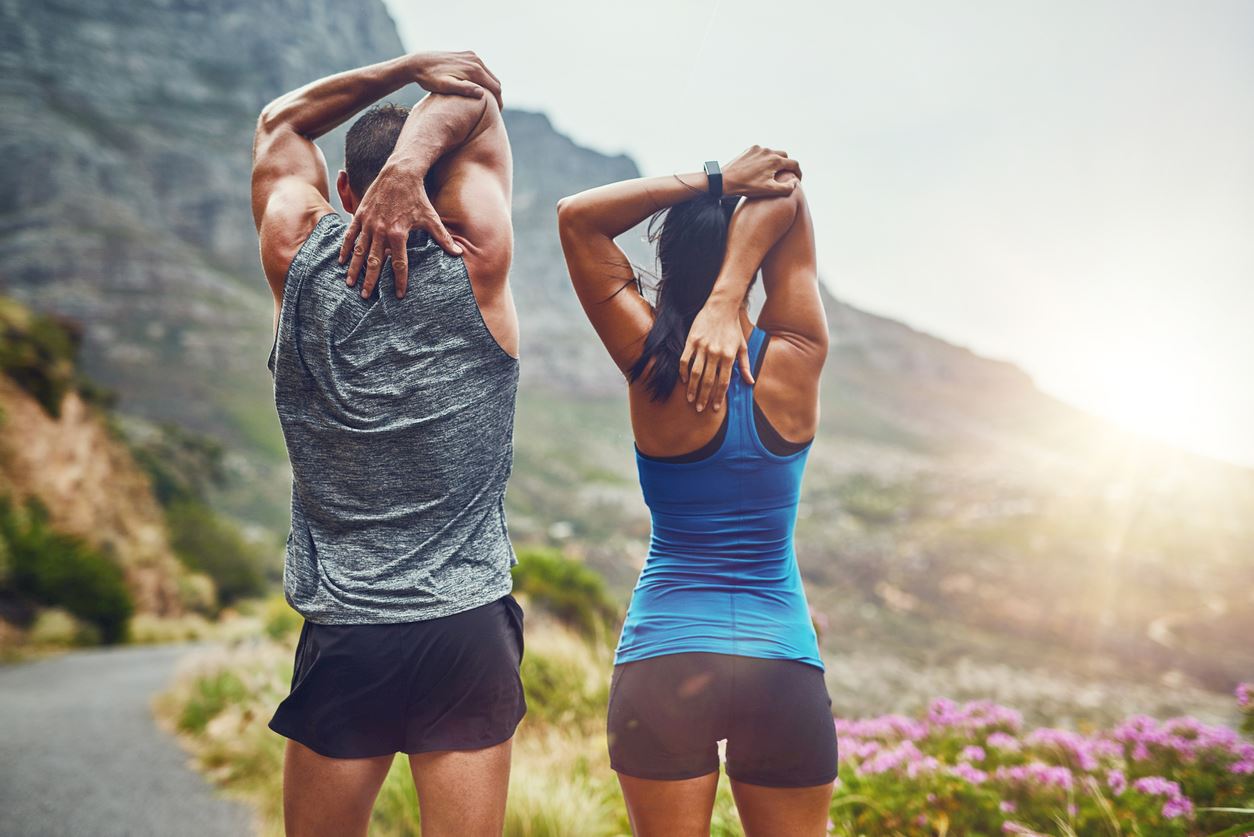 When it comes to running advice and shared knowledge, there are a vast number of things we all just assume are correct, which might not be. Not only might the myths be stopping you from hitting the pavement and training for a marathon, they might also be limiting your ability to go faster and run harder. Even worse, some of these running myths might actually be predisposing you to injury. So, before you think you know everything there is about running, think again! These are the top ten running myths exposed!

1. You Should Always Stretch Before you Run

Although it is commonly thought that every runner should stretch before they go out for their run, research shows that stretching might not be as beneficial as you think. When you run, you only move your legs in one plane. So, if you stretch to increase your range of motion, it doesn’t do anything to help you loosen up the muscles that you use to run.

Traditionally, runners have been told to “carb load” the night before a big race. And although the practice might be fostered by some race events’ spaghetti dinners the night before, it might not be the best nutritional advice! If you are eating a big carb meal the night before your competition, you aren’t giving your body the nutrition it needs. When you carb load, you fill your muscles’ glycogen storage, but many runners overdo it.

Muscle tissue can only store so much glycogen, and anything more than what can be readily used is stored as fat and not readily accessible for race day. So instead of filling up the night before a big event, carb load for a week before your marathon. Seven days before a marathon, increase the calories you get from carbs by 300 to 400 calories a day. But it isn't a good idea to load up the night before.

3. Runner’s Only Need to Run to Train

Most runners think that training for a marathon takes acquiring mileage only. But it also takes strength. Strength training helps to build joints and muscles that are critical not just for performance enhancement, but also for injury prevention. It also helps to improve body composition, which means that you will be carrying around less weight. Just a few training sessions a week are enough to increase your overall performance on race day. And don’t just focus on your leg muscles, your entire body needs to stay strong to make it across the finish line.

Running barefoot, or minimalist running, might be the new fad, but the theory behind why you should is misunderstood. If you run barefoot, you can actually increase your risk of injury. Since most adults don’t run with the proper mechanics, they need the support that a good running shoe can provide. Although there are some instances where it might help to strengthen lower leg joints, like grass running, in general, barefoot running typically isn’t a good way to avoid injury. Rather, it is an excellent way to increase the risk of it.

5. It is all About the Mileage

A common myth is that the more you run, the faster and better you will become. But if you are upping your mileage for race day, you might be increasing your risk of injury and not gaining any benefit from it. When you add more miles, you increase fatigue. And if you aren’t giving yourself enough recovery time, then you might be over-training. And over-training will not only work against your running goals because it leads to chronic fatigue, it might also make you prone to injuries that can bench your training efforts. It is more about the quality of the miles you run than the quantity.

One common misperception is that running is bad for your knees. Many non-runners assume that the pounding of running is damaging to your knee joints, and that over time, you are hurting yourself and it will eventually come back to bite you. But according to research published in the American Journal of Preventive Medicine in 2008, there is no evidence to suggest that runners' knees are more prone to osteoarthritis or any other knee issues.

7. Cramps are Caused by Dehydration

8. If you Change Your Running Style, you can Improve Your Speed

The newest theory in the running world is that if you change your running style, it can lead to increased efficiency and performance. Although changing specific negative running habits can help to reduce the risk of injury, changing your running style will not improve your pace or your speed. A study released in 2014, by the Journal of Strength and Condition Research, found that retraining runners by using both Chi and Pose techniques resulted in no change to a person’s MMR, or Midstance to Midstance Running. And, therefore, it did not improve the runner’s economy or speed.

9. Running on a Treadmill Differs Completely From Running Outside

Many runners believe that running outside and running on a treadmill are inherently different. But when it comes to running mechanics and stimulation of the muscles, research shows that there is very little difference. A study released by the Journal Medicine of Science published in 2008 showed that although the two were not exactly the same, they were highly comparable when it comes to running mechanics. And it also showed that treadmill running is just as beneficial to muscle stimulation.

10. Taking a Couple of Recoup Days Will Have you Falling Behind

If you are a die-hard runner who believes that taking a few days off will decrease your running goals, you are mistaken. Taking a few days off can actually increase your performance, not lower your fitness level. If you don’t take the necessary days your body requires to recoup and recover, then it is going to lead to over-training. The best way to train and improve your running is to listen to your body. If you don’t, then you are predisposing yourself to injury. And you are probably ruining your best chances at getting ahead.

As runners, we take all sorts of advice and adages to heart when we shouldn’t. Although these common myths persist and continue to be taken as truth, they aren’t. And not only can following bad advice keep you stuck, it might just put you on the injured list. Although training is important, it isn’t about training harder; it is about training smarter. And that involves getting the truth about what is good for you and what isn't. For more runners’ resources, check out World's Marathons today.