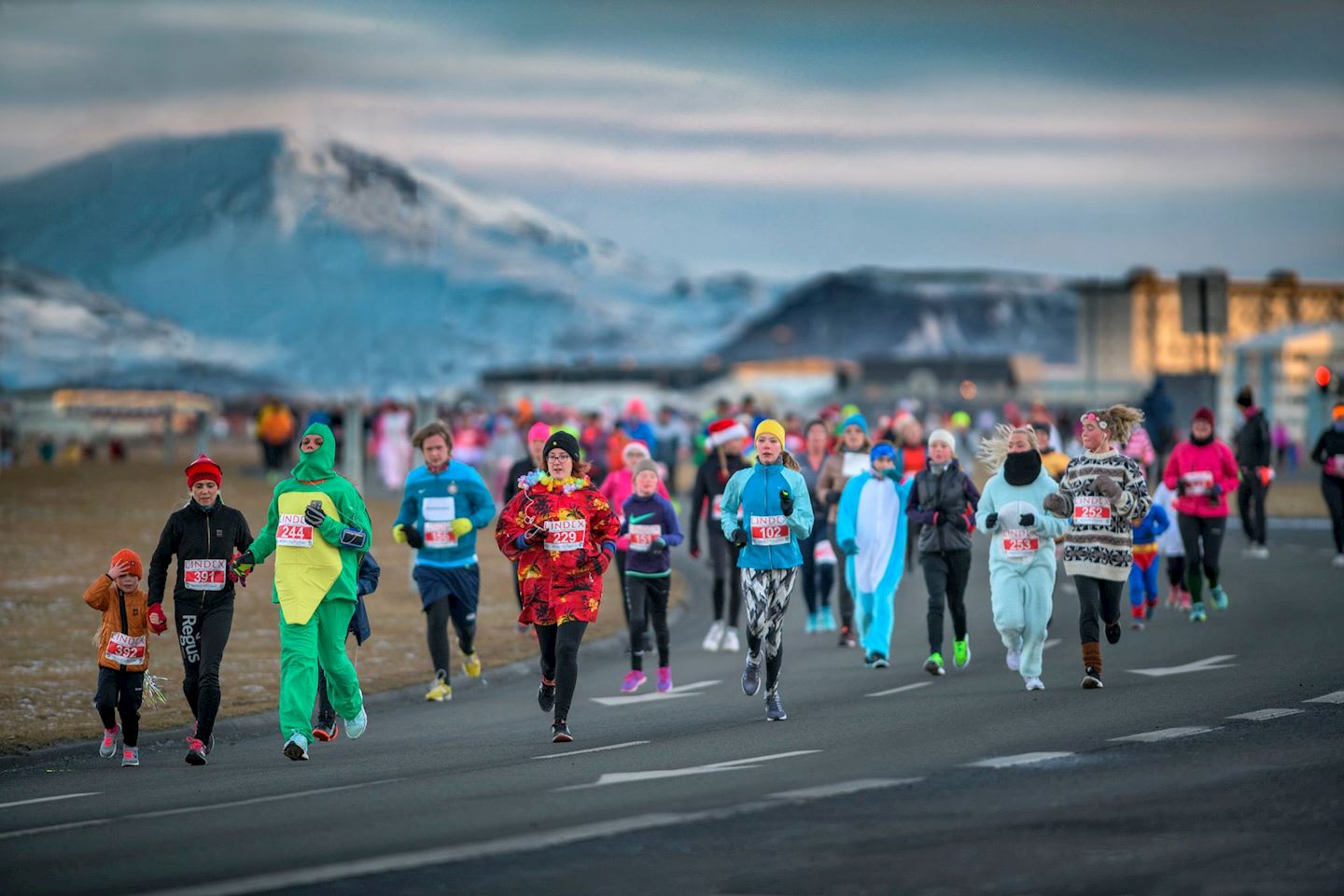 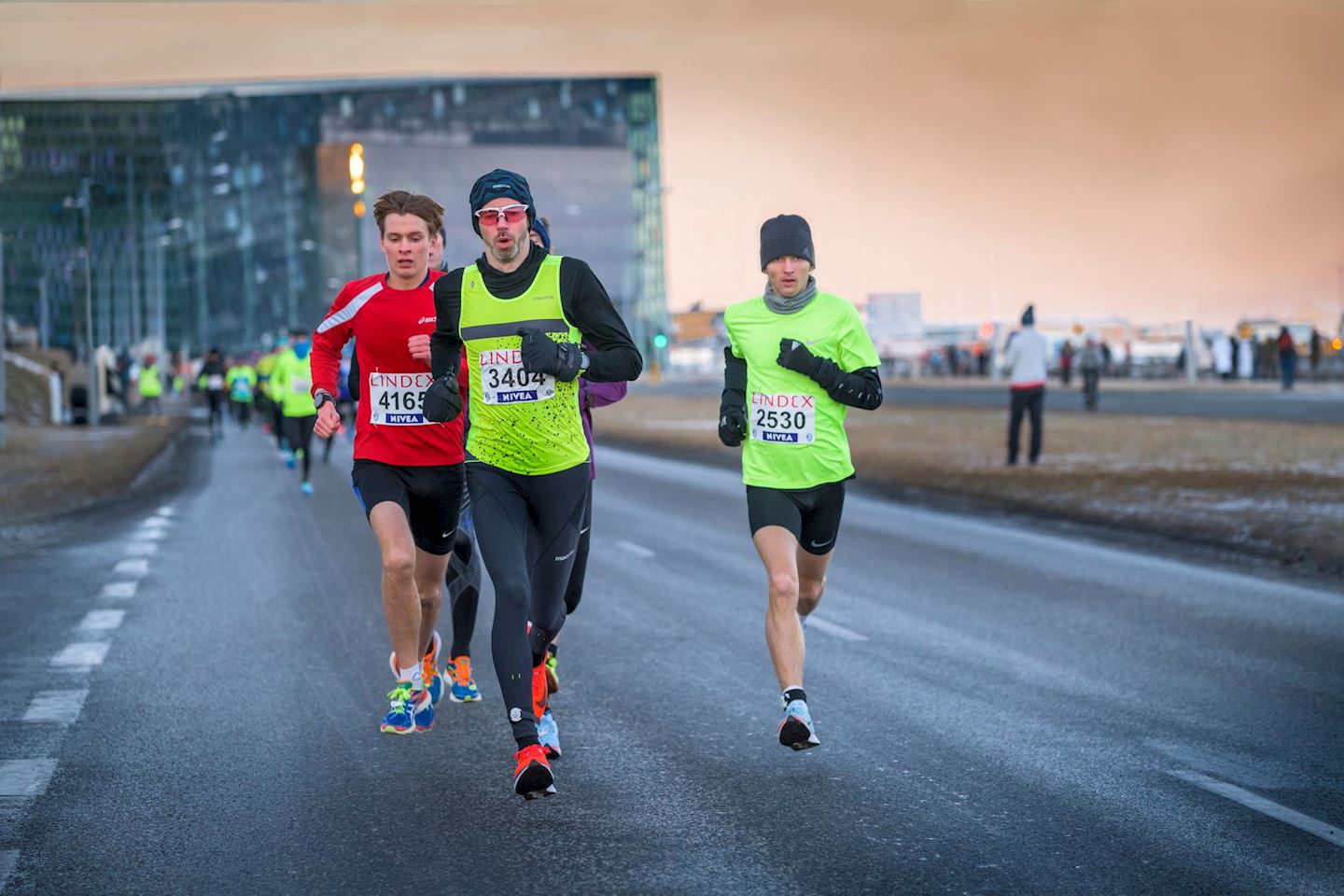 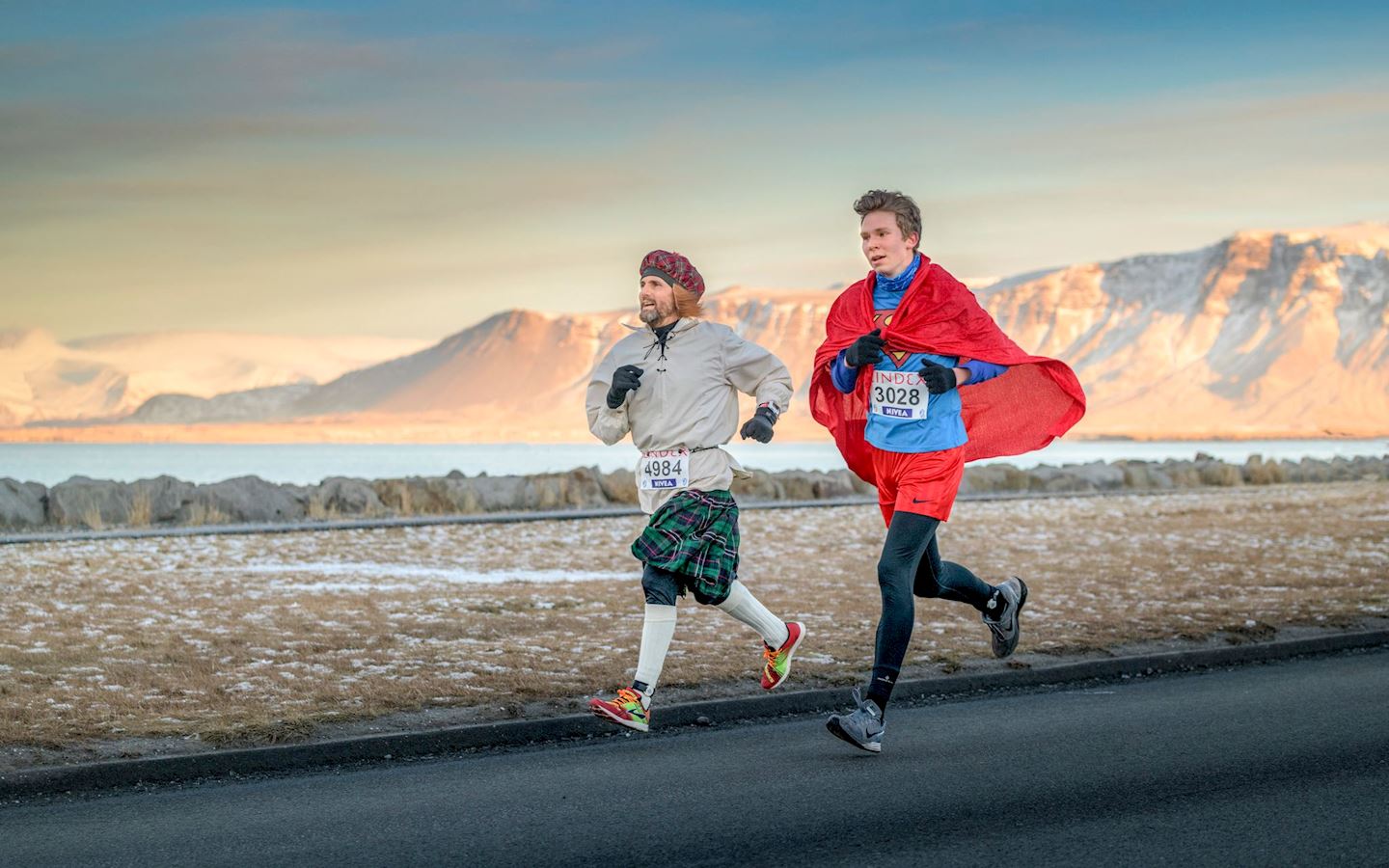 Every year the ÍR track and field club of Reykjavik celebrates the end of the year with its New Year´s Eve 10K run on December 31st and a 3 k fun race.
The annual 10 K run held in downtown Reykjavík attracts both elite runners as well as recreational runners of all ages. The event is one Iceland's biggest running event. It has become a tradition for runners in Iceland to end the year with this fast course 10K run. The 10 km course is recognized by the Icelandic Athletic Federation.
The New Years Eve race is the second largest 10 km race held in Iceland with about 2000 participants.  Many runners from abroad participate in this 10K run and then enjoy the unique bonfires and spectacular fireworks in Iceland on New Year´s eve.
Many participants dress up and run in costumes and a special prize is awarded to the most unique costume.
Mehr lesen Weniger anzeigen