See other 半程马拉松 in 十二月

Runners will be given a time of 3 1/2 hours to complete the course. At the 3 1/2 hour mark, those still on the course will be moved to the shoulder/sidewalk and will be subject to the normal traffic laws.

The Walnut Creek Half Marathon & 5K Race will be using the “B-Tag” timing device that is embedded in the bib number. For more information and a tutorial video on how to use this, please see below. On the morning of the event, make sure that you have your bib number on and you are set to run! Athletes will run over timing mats located at throughout the race, recording their time as they pass several check points. 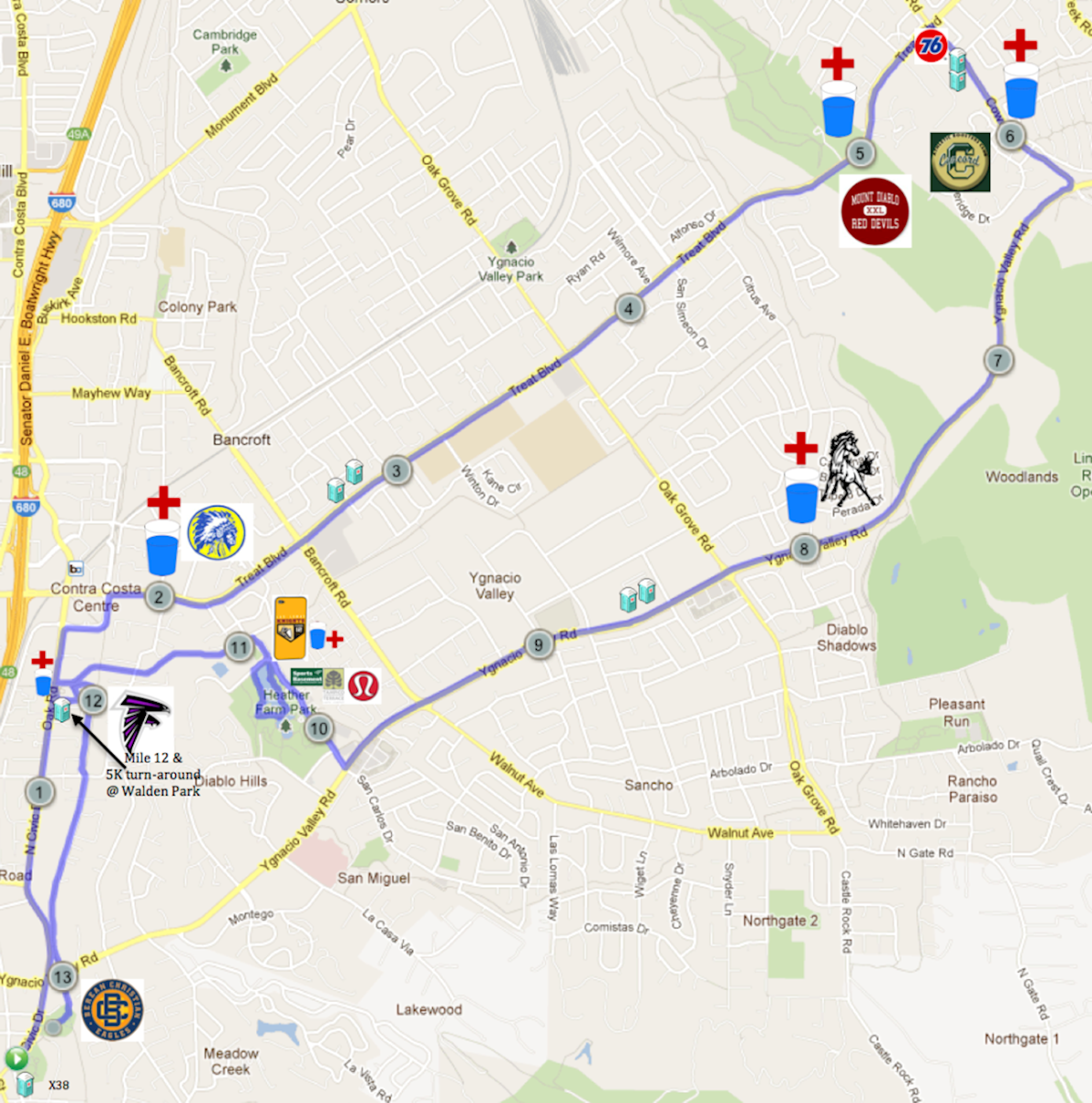 The Walnut Creek Half Marathon is a fun and exciting course for all; runners and walkers alike enjoy this course for its ever-changing scenery and spirited volunteers along the route. The course, which is mostly flat boasts both an uphill and a downhill portion between mile 5-7, giving runners an opportunity to enjoy the beautiful downtown and mountain range as they descend onto Ygnacio Valley Rd.

The race also takes runners through portions of the Lime Ridge Regional Open Space, whose more than 1,200 acres are home to 25 miles of trails through its abundant oak woodlands and grasslands, and lies near the turnaround point for the race.