The course has a time limit of 5hrs. 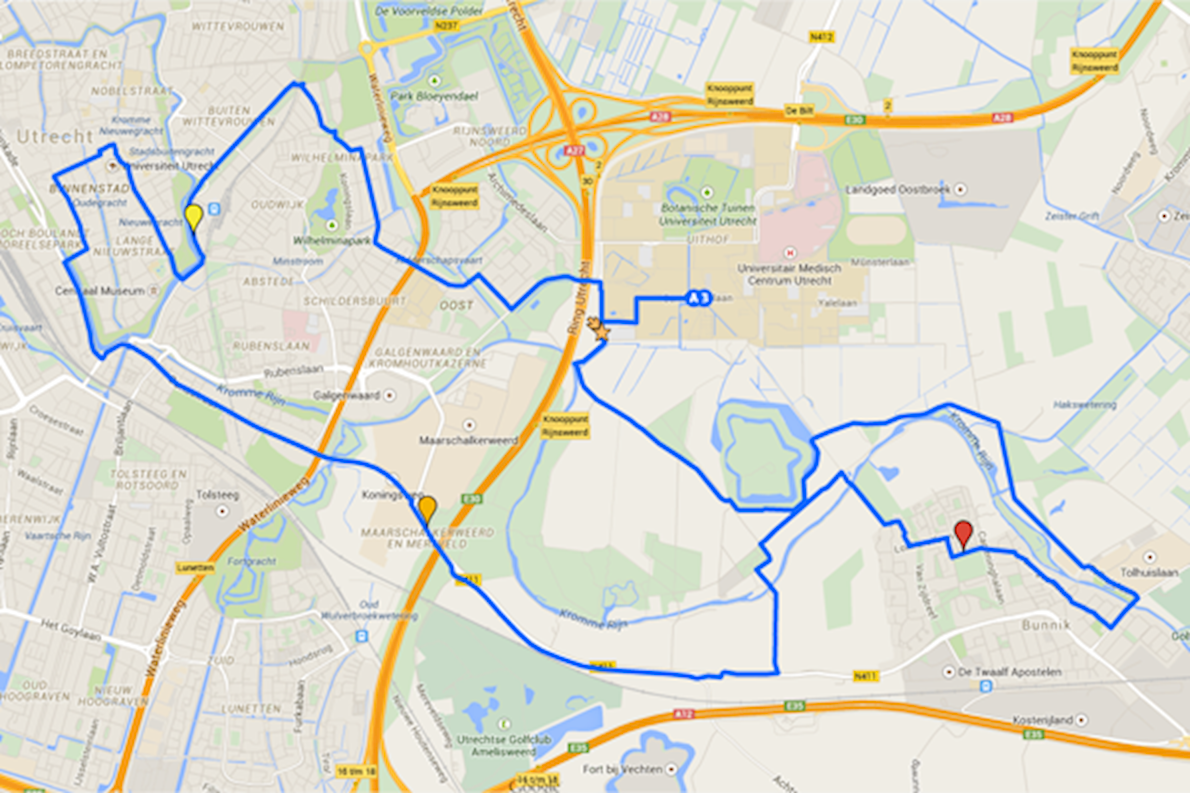 Utrecht is one of the Netherlands' oldest cities, with a compact medieval centre set out around canals unique to the Netherlands: there's a lower level where warehouses were located in the 13th century, giving the canals a split-level character and meaning that diners and drinkers can nip off the street and enjoy a snack or a drink down at water level.

While the canals form Utrecht's restful core, elsewhere the city is busy reinventing itself, and part of the excitement is witnessing this ongoing transformation. Roads such as Catharijnebaan are being turned back into the canals they once were and the spectacular new train station, nearing completion, adds a vital complement to the old town, adjoined by a greatly expanded concert hall that includes five venues.