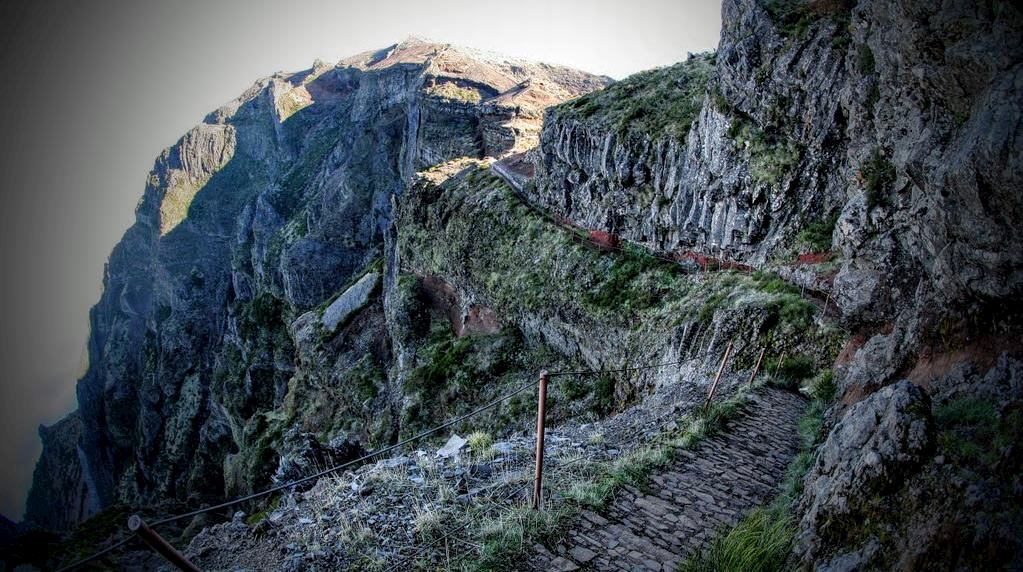 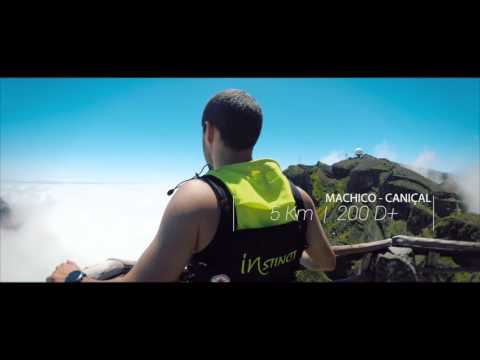 The concept of ULTRA MADEIRA is simple... Cross the Island, quickly unifying both ends west and east, with mandatory passage at the mountain massifs, a challenge for anyone how love the sport.

The start of the race will be at the most western point of Madeira, at Ponta do Pargo Lighthouse (290m) - Local heritage site - His light will guide the athletes to the long way up until the Forest Park of Fonte do Bispo (10,3km) where the first checkpoint is located, at the beggining of the Paul da Serra plateau.

Then runners will follow in alternate ground between roads, singletracks and dirt roads, along the plateau. The next checkpoint its on the other end of the plateau, at the Bica da Cana shelter house (28km). From here runners get down towards Encumeada, in the middle of a luxurious laurel forest (Unesco Heritage) along the PR17, part of the Nature 2000 Network. At the Rocha do Passinho runners will find 900 downhill steps, a trademark of this path!

After Encumeada checkpoint (37,3km), we get inside the real mountain massif, along side with the PR1.3, towards the highest peak of the island, Pico Ruivo (1861m). With good weather runners will find magnificent
landscapes for both north and south of the island, specially to the Nun's Valley and Serra D'Água in the south, and the São Vicente valley to the north side. Along this trail its possible to look at caves dug by hand, used in the
past for protection in case of bad weather (in the past this trail was used on a daily basis to connect the north to the south (São Vicente to Funchal).

After the Pico Ruivo checkpoint (47,41km), we follow along the PR1 towards the 3rd highest peak of Madeira, Pico do Areeiro (1818m), one of the most challenge trail in the island and one of the most used by the
visitors, with the mix of grounds that we find, from tunnels, "via ferrata" steps, rock steps, viewpoints, floating trails, endless climbs... well, a coecktail of views and emotions that runners will keep in their minds forever!

After getting to Pico Areeiro checkpoint (51,8km), we get to the eastern mountain massif, mostly downhill part, passing by the "Poço da Neve", where in the past ice was keeped, and then carried by mens to Funchal, to use in the hospital and hotels, the crossing the Casa do Areeiro shelter, Chão da lagoa, and then the next checkpoint, Poiso (58,6km)

We took again the way down, with views to the north of Madeira (Porto da Cruz and Santana) and quickly get to the next checkpoint, Portela (67,4km), before getting some beautiful dirt roads and singletracks towards to Casa das Funduras shelter (73km), the second to last checkpoint, where its possible to birdwatch along the magic forest surrounding at the Funduras forest.

Taking, again, another downhill section that will take us to the Levada do Caniçal (water channel for irrigation), with breathtaking views to Machico valley. The last checkpoint is located at the entrance to Pico do Facho (80,8km), before the final descent to the fisherman's village of Caniçal, along a singletrail that goes along old agriculture fields, with the blue of the atlantic Ocean on our right side, and in front, the Ponta de São Lourenço,
the Eastern point of Madeira Island. At the end of the descent, a old hand-made stone bridge indicates that you are almost at the finish line. A final run at the promenade, by the sea, and runners will find the Whale Museum (85,1km), and the journey is done! Its important to leave just footsteps behind you! 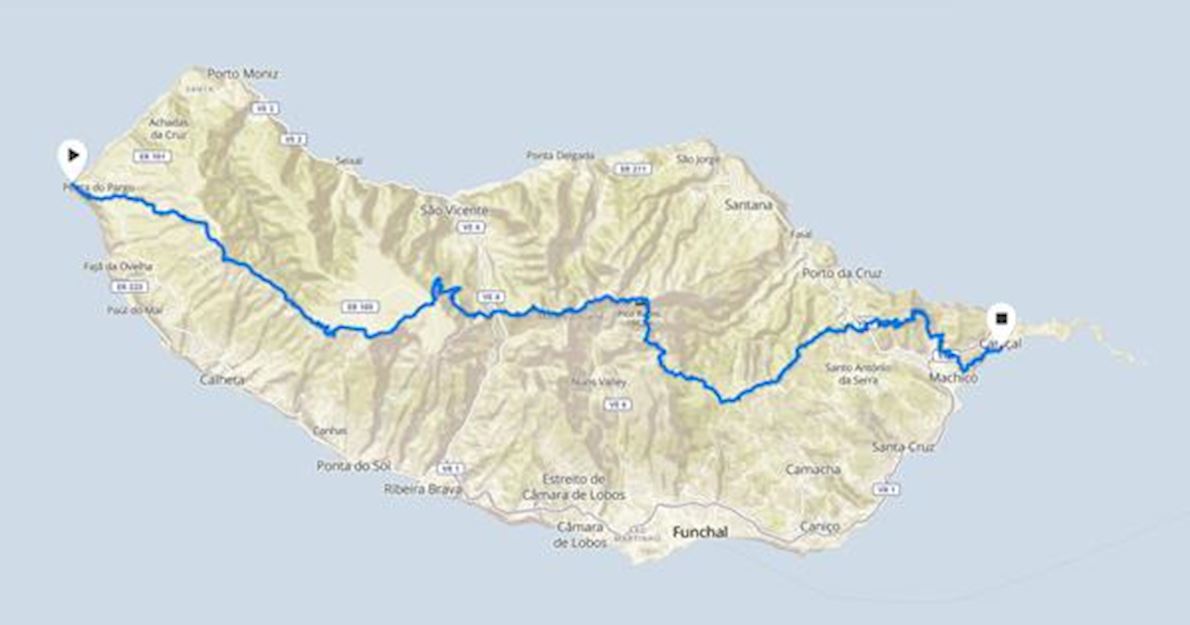 At checkpoints food and drinks are available to use locally (cup is mandatory). “Camelbacks” can only be fill with water. Runners will find liquids/solids and only liquids checkpoints, as designated by the organization. First-aid will be available at finish line and some checkpoints. Runners must help other runners in difficulties. Runners must accomplish medical recommendations.

The organization will use the MyLaps Sports Timing.