The Hapalua - Hawaii's Half Marathon

See other 半程马拉松 in 四月

关于 The Hapalua - Hawaii's Half Marathon

The Hapalua, subtitled Hawaii’s Half Marathon, offers an individual half marathon and relay as well as a unique feature it calls “The Chase.” In the Hapalua Chase, the best local runners from Hawaii get a head start on some of the best professionals runners in the world. The pros will chase down the local guys and girls to the finish line.

The race begins at the historic and beautiful Duke Kahanamoku statue and takes runners along Hawaiian streets, exposing them to great scenery and entertainment along the course. At Diamond Head Crater State Monument, runners will run all the way around the 475-acre park that circles what is perhaps Honolulu’s most famous site.

The Hapalua invites runners, elites, beginners, or in-betweens, to come and participate in this wonderful event!

Malasadas, bagels, shave ice, snacks, Gatorade and water will be available for in the finisher area. There will also be finish line entertainment.

There is no time limit for the Hapalua.

The Hapalua - Hawaii's Half Marathon 路线图 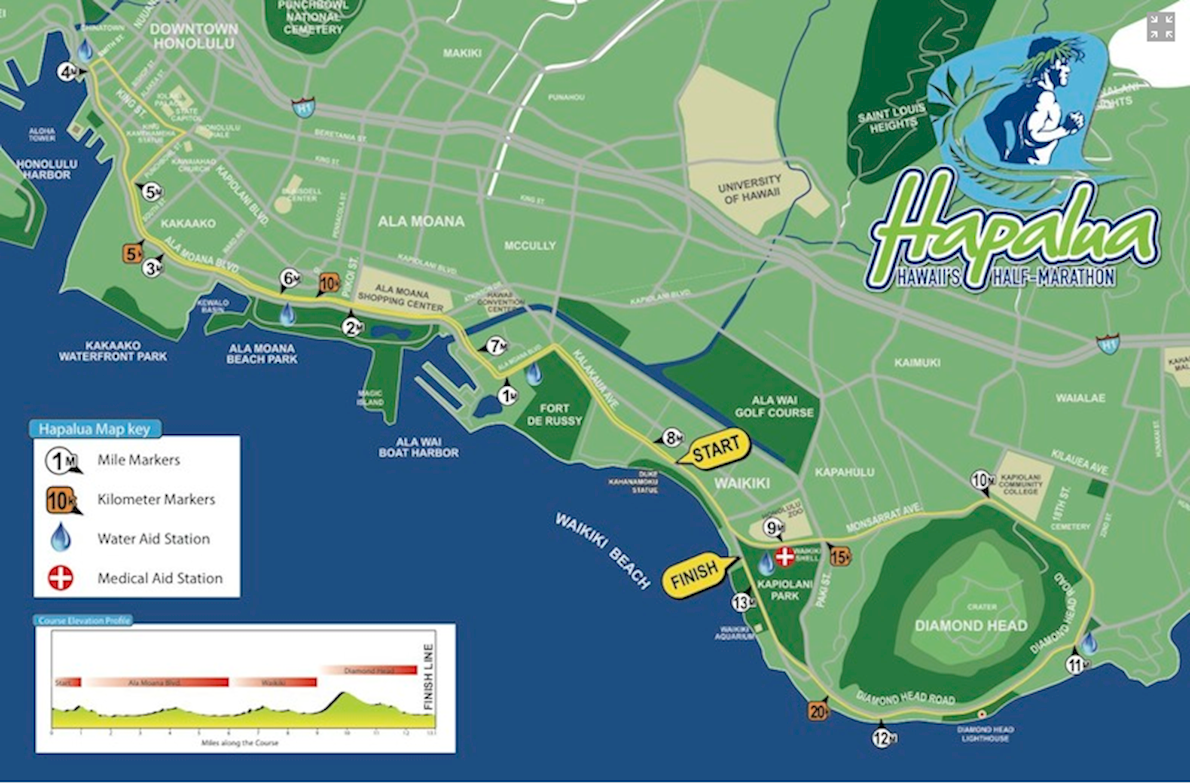 The course offers up plenty of gorgeous Hawaiian scenery. In addition, runners can take in the Duke Kahanamoku Statue on Kalakaua Avenue, where the race begins. The statue was named for the five-time Olympic medalist in swimming who was later one of the earliest popularizers of surfing.

At Diamond Head Crater State Monument, runners will run all the way around the 475-acre park that circles what is perhaps Honolulu’s most famous site. Called a tuff volcano for the rock it is made of, Diamond Head erupted some 300,000 years ago, leaving the crater we know today, which is now filled with hiking trails and some of Hawaii’s most spectacular views.