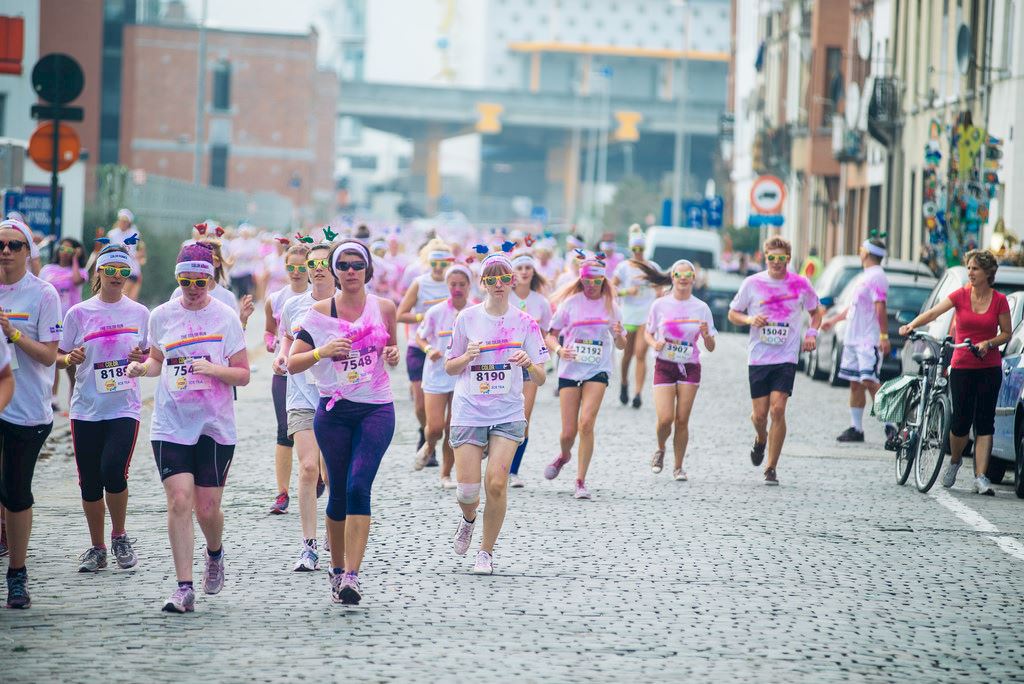 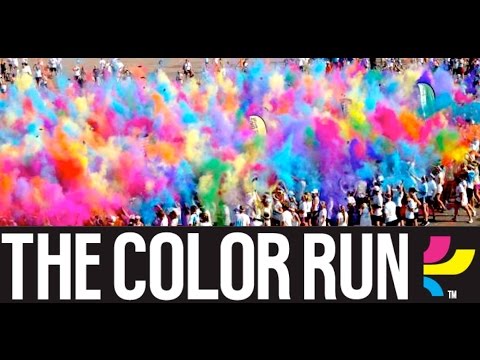 The Color Run TM , also called the Happiest 5K on the Planet, is a loop over 5 km where thousands of participants start in a white t-shirt. Every kilometer they get a cloud of color powder on them that colors them from head to toe. After the arrival, the fun continues in the 'Color Festival', where even more colored powder is used until everyone runs like a perfect rainbow.

Runners will receive a custom The Color RunTM Hero Tour race shirt, 2 tattoos, a bag of Color, race number, "Color RunnerTM" finisher sweat band, and a special UNICORN medal!. Race Packets will NOT be mailed to you! You will receive an e-ticket after we received your payment.

There are no age limits! As long as they can run, jog, hike or crawl the 5 km, they can just take part in The Color Run TM 5 km! However, do not forget that once they are 6 years old, they must have an e-ticket!

There is 1 refreshment station along the course and at the finish you will receive an Aquarius.

There are lockers available that you can rent locally. A locker costs 5 euros. You will pay 10 euros at registration, but you will receive a 5 euro deposit back on the spot when you hand in the key.

The Color Run TM is not a timed running event. Participants often even tend to quietly pass through the color zones. For those who are curious about their end time, we recommend to keep track of time yourself.