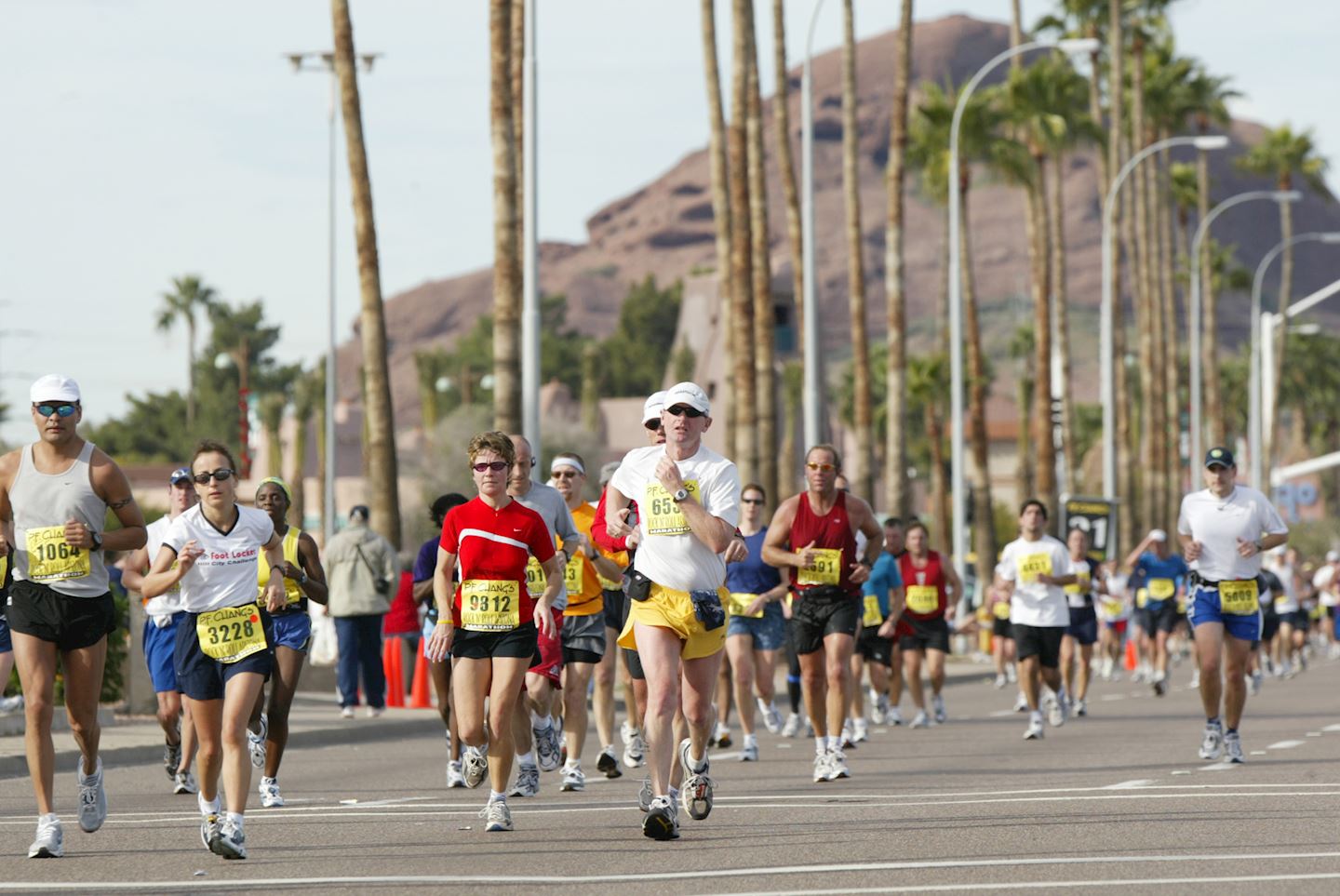 In prior years, both race courses started in Phoenix, however, in 2012 the courses were split. The start of the marathon is located in downtown Phoenix near the CityScape Plaza. The half marathon (and newly added mini-marathon) starts in Tempe. Both courses finish in the city of Tempe on Packard Drive between Arizona State University's Sun Devil and Sun Angel stadiums.
Read More Show less 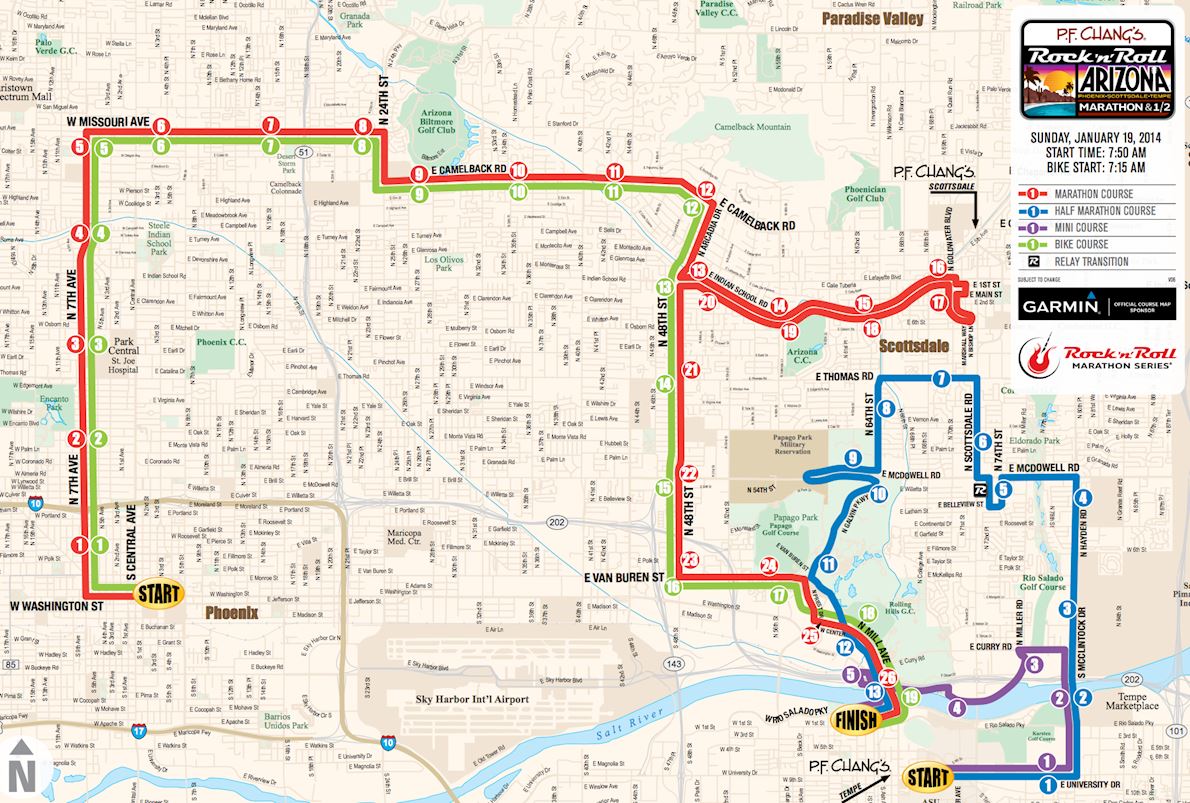