See other 半程马拉松 in 二月

The course will have plenty of aid stations with water and sports drinks. We will have two Rent-A-Johns at each aid station on the course.

All half marathon finishers will receive a medal Awards will be given to male and female overall and age group winners based on chip time. Awards for the 5k and 10k will be given at 9, and half marathon awards will be presented at 10am. Winners must be present to receive their prize; awards will not be mailed out. Age groups are as follows: 19 & under; 20-24; 25-29; 30-34; 35-39; 40-44; 45-49; 50-54; 55-59; 60-64; 65-69; 70-up. Each racer will receive a race tech t-shirt. We will offer both men’s and women’s size shirts. All participants will also receive access to numerous Event Deals. A link to view and claim the Event Deals will be emailed out prior to the race and can be found on the race page. If you choose to register at packet pick-up on race day, we cannot guarantee a race t-shirt. They will be available to race day registrants on a first come, first serve basis while quantities last.

There is ample parking in close proximity to the start finish area; as such we will not offer gear check. 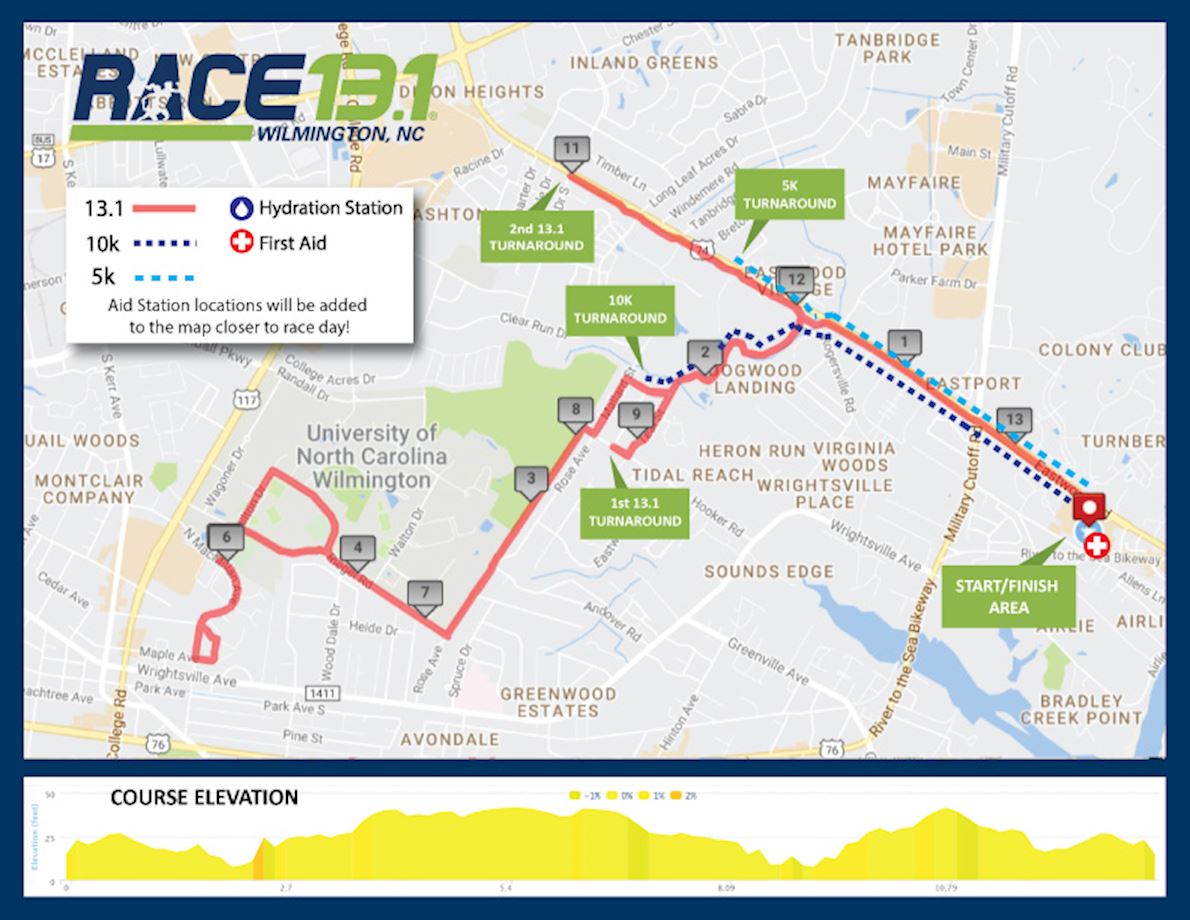 Wilmington is the county seat of New Hanover County, and is minutes away from nearby Carolina, Kure and Wrightsville Beaches. Historic downtown Wilmington is located on the Cape Fear River and boasts a mile long River Walk lined with charming shops and restaurants. Wilmington is the home of EUE Screen Gems Studios, the largest domestic television and movie production facility outside of California. Downtown is also home to the USS North Carolina battleship, the first newly constructed American battleship to enter service during World War II.