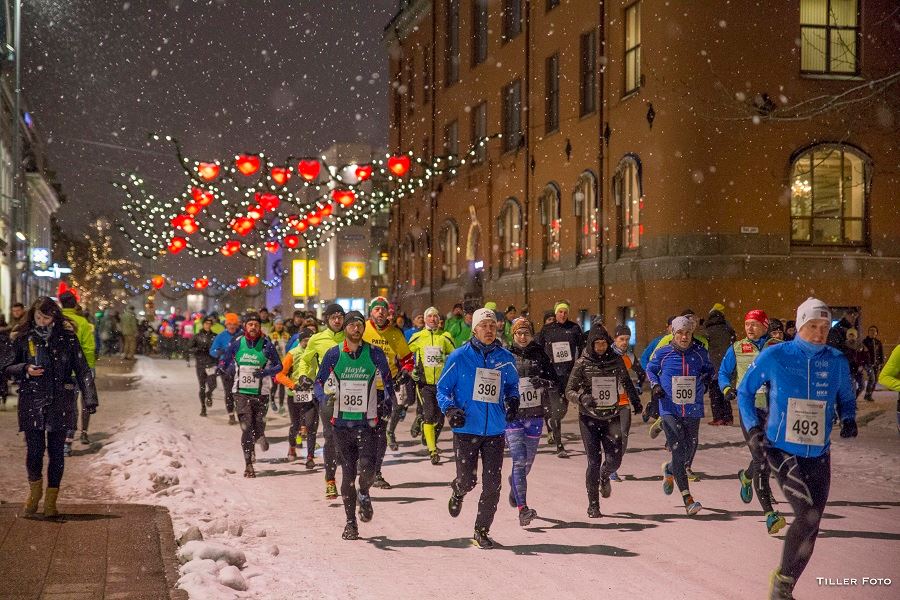 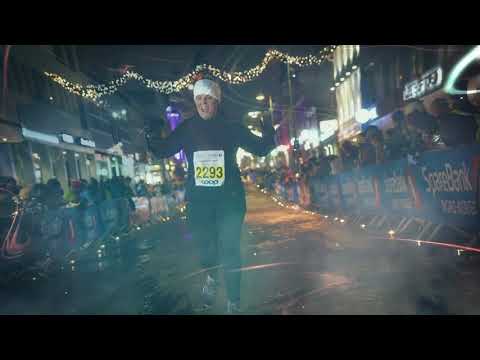 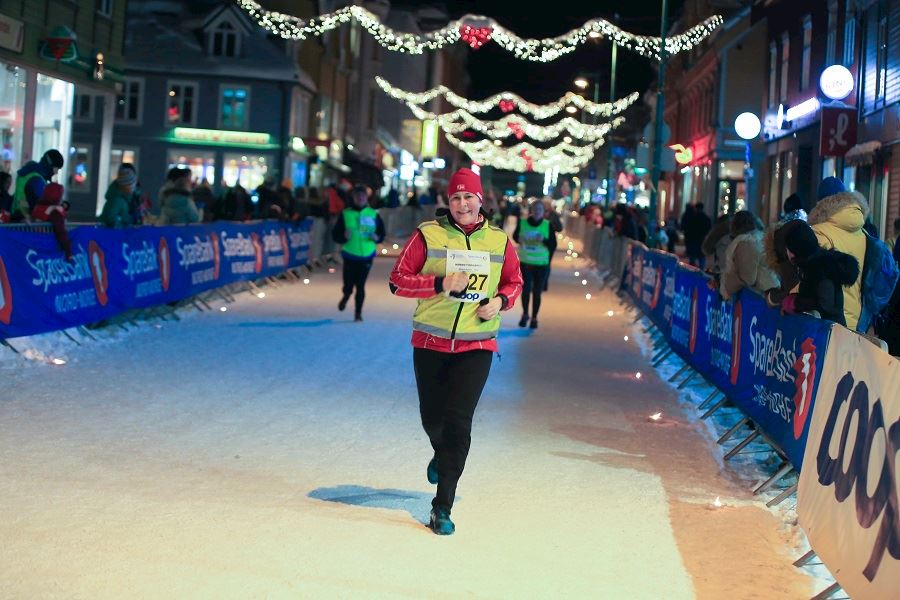 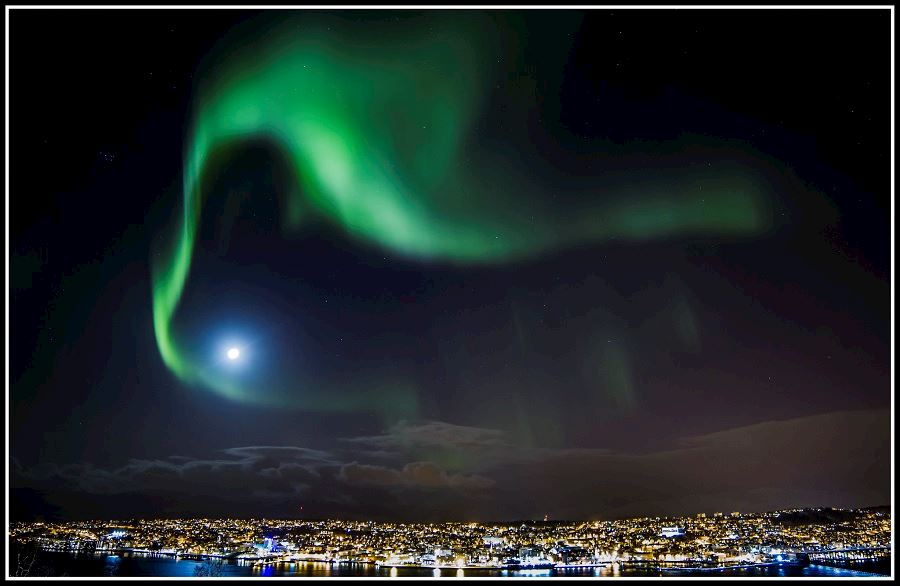 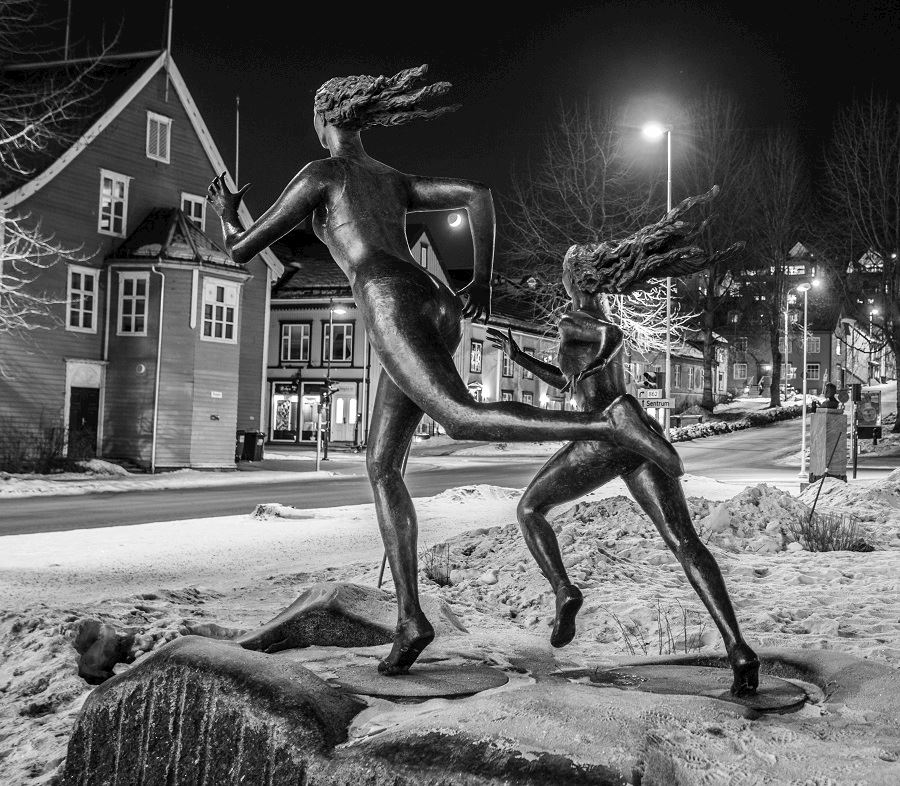 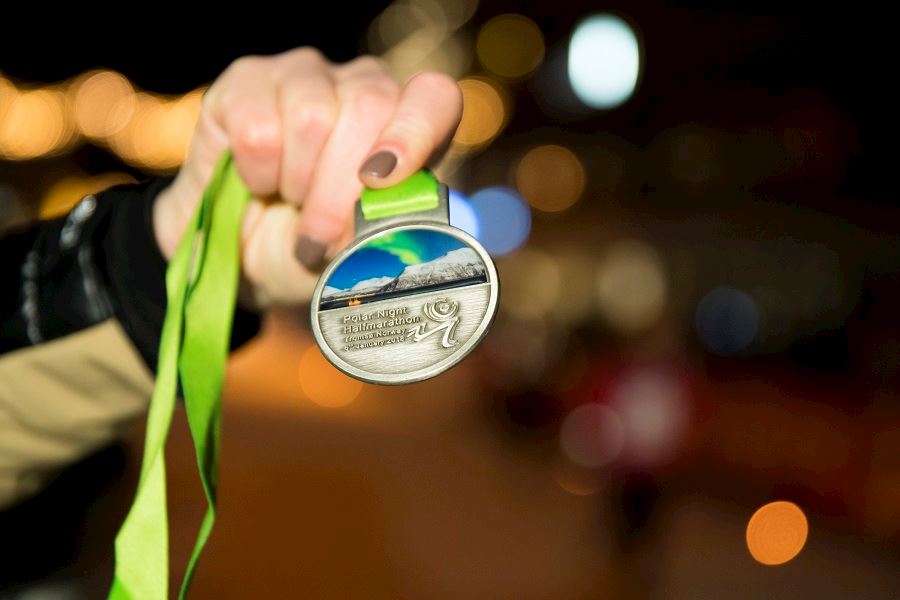 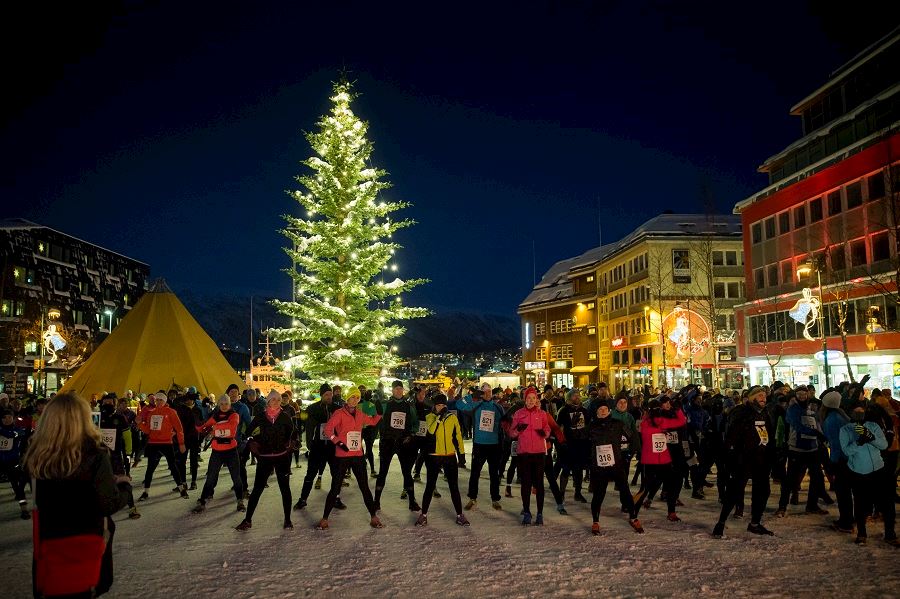 Simply put, Tromsø parties. By far the largest town in northern Norway and the administrative centre of Troms county, it’s lively with cultural bashes, buskers, an animated street scene, a midnight-sun marathon, a respected university, the hallowed Mack Brewery – and more pubs per capita than any other Norwegian city. Its corona of snow-topped peaks provides arresting scenery, excellent hiking in summer and great skiing and dog-sledding in winter.

Although the city lies almost 400km north of the Arctic Circle, its climate is pleasantly moderated by the Gulf Stream. The long winter darkness is offset by round-the-clock activity during the perpetually bright days of summer. The main part of town stretches along the east shore of the island of Tromsøya, linked to the mainland by a gracefully arched bridge.

With that being said, the Polar Night Halfmarathon is the place to be!!

Polar Night Halfmarathon is an annual half marathon running competition been organized since 2004 in Tromsø, Norway. It takes place in the beginning of January, during the Polar night-period, when the sun does not rise above the horizon. It is renowned for its torch-lit route and the chance of running underneath the aurora borealis.

You can choose between 42km (new since 2021), 21km, 10km and 5km. The marathon is not the race for beginners since you have to prove that you have done the distance less the 4 hours the last two years to sign up.

If you’re looking for that wild and unique challenge for your bucket list, this is it!!

Start and finish in the main street Storgata. The course goes out to the airport area following footpaths. Here it turns, and follows the same route back to the city center. If the weather allows it, the course will be marked with burning torches.
Read More Show less 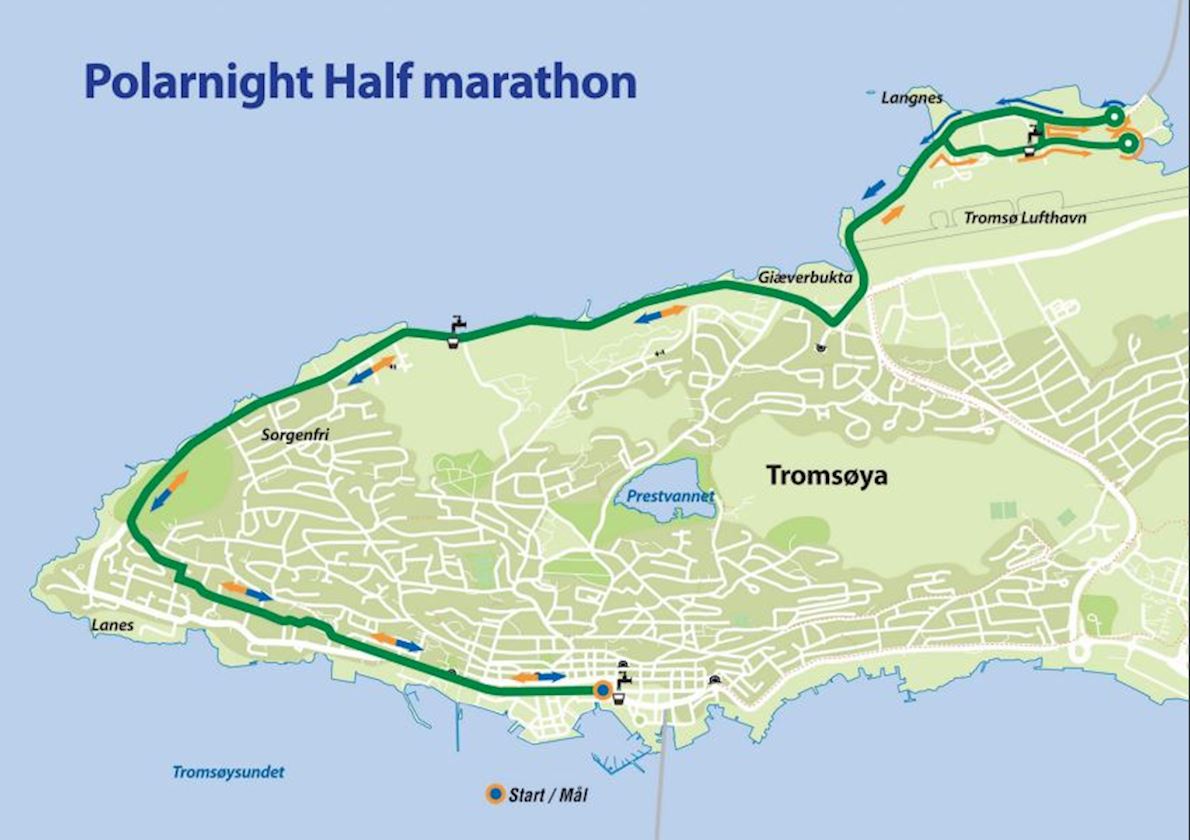 Participants are obliged to use a REFLECTIVE VEST and a HEADLAMP during the race, since half the race takes place in desolate areas without street lights. Participants are responsible for bringing these items. The organizers do not have these items for sale or loan.

Due to the demanding conditions, all participants need to show proof of completing a marathon within a time limit of 4:00 hours, during the year of submitting or the year prior. For example participants must have completed a marathon sub 4:00 hours during 2019 or 2020.

There will be drinking stations every 5 km. Water and Maxim Sportdrink will be served at all the service stations.

Every finisher will receive a medal. Prizes are awarded for the three fastest in each age category for Polar Night Halfmarathon. For the marathon and 10 km race the top three female and men runners will be awarded.

Bag storage for runners is available at the City hall from 14:30 - 18:00. Marathon runners can send bags with a bus to the finish area. Please tag your bag with the tag from your start number.

For the marathon distance, you have to have done a marathon in less than 04:00h. For the other distances, there is no qualification.