See other 超级马拉松 in 十一月

Mesa is a city in Maricopa County, in the U.S. state of Arizona, and is a suburb located about 20 miles (32 km) east of Phoenix. Mesa is the central city of the East Valley section of the Phoenix Metropolitan Area. It is bordered by Tempe on the west, the Salt River Pima-Maricopa Indian Community on the north, Chandler and Gilbert on the south, and Apache Junction on the east. As of the 2010 Census Mesa became Arizona’s center of population. Mesa is the third-largest city in Arizona, after Phoenix and Tucson, and the 38th-largest city in the US and is also the host of the annual Pass Mountain 50K race.

This course features winding trails throughout Usery Mountain Regional Park on the edge of the Goldmine Mountain Range. The start/finish will be at the Trailhead Staging area. The 50 km course will also include a scenic loop around Pass Mountain in the Tonto National Forest.

Usery Mountain Regional Park offers a campground with 73 individual sites. Each site has a large parking area to accommodate up to a 45′ RV and is a “Developed Site,” with water and electrical hook-ups, dump station, a picnic table, barbecue grill, and fire ring. Usery Mountain Regional Park provides immaculate restrooms with flush toilets and hot water showers. All sites in the campground are available on a first-come, first-served basis.

Aid stations every 3.0 to 8.6 miles including water, electrolyte drink, sweet snacks, salty snacks, and fruit. Please plan to run with at least one bottle of water.

Awards to the top 3 male & female finishers at each distance. All finishers will receive a finisher award. Points earned in the Desert Runner Trail Series.

A drop bag will be allowed at the Trailhead Staging Area for 50K runners to access at the 25K point.

The start/finish line is located at the Trailhead Staging Area. Drive 1.4 miles past the park entry booth and turn left into the large dirt parking area. Overflow parking is available around the Blevins Drive Loop. 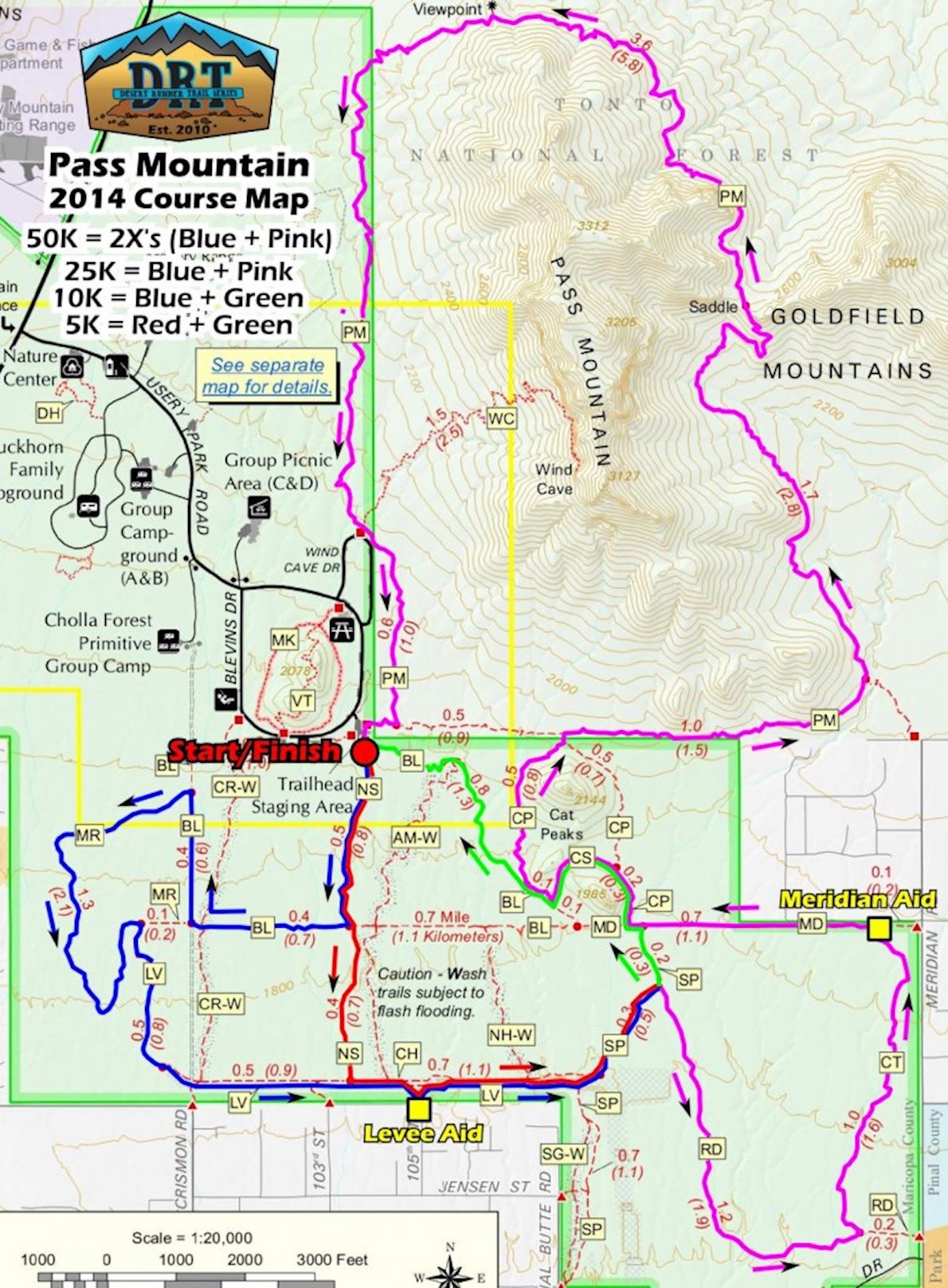 This 50km course, features winding trails throughout Usery Mountain Regional Park on the edge of the Goldmine Mountain Range. The start/finish will be at the Trailhead Staging area.The course will include a scenic loop around Pass Mountain in the Tonto National Forest.