See other 超级马拉松 in 三月

LONGLEAF TRAIL Camping Area is at the MS 50 Start / Finish line. Primitive camping with pit toilet but no water.

Trophies are awarded to the top several male and female runners in each race. 50 mile finishers also receive a handsome belt buckle.

Parking along the entrance road and in the campground.

Food and refreshments will be available to each finisher. 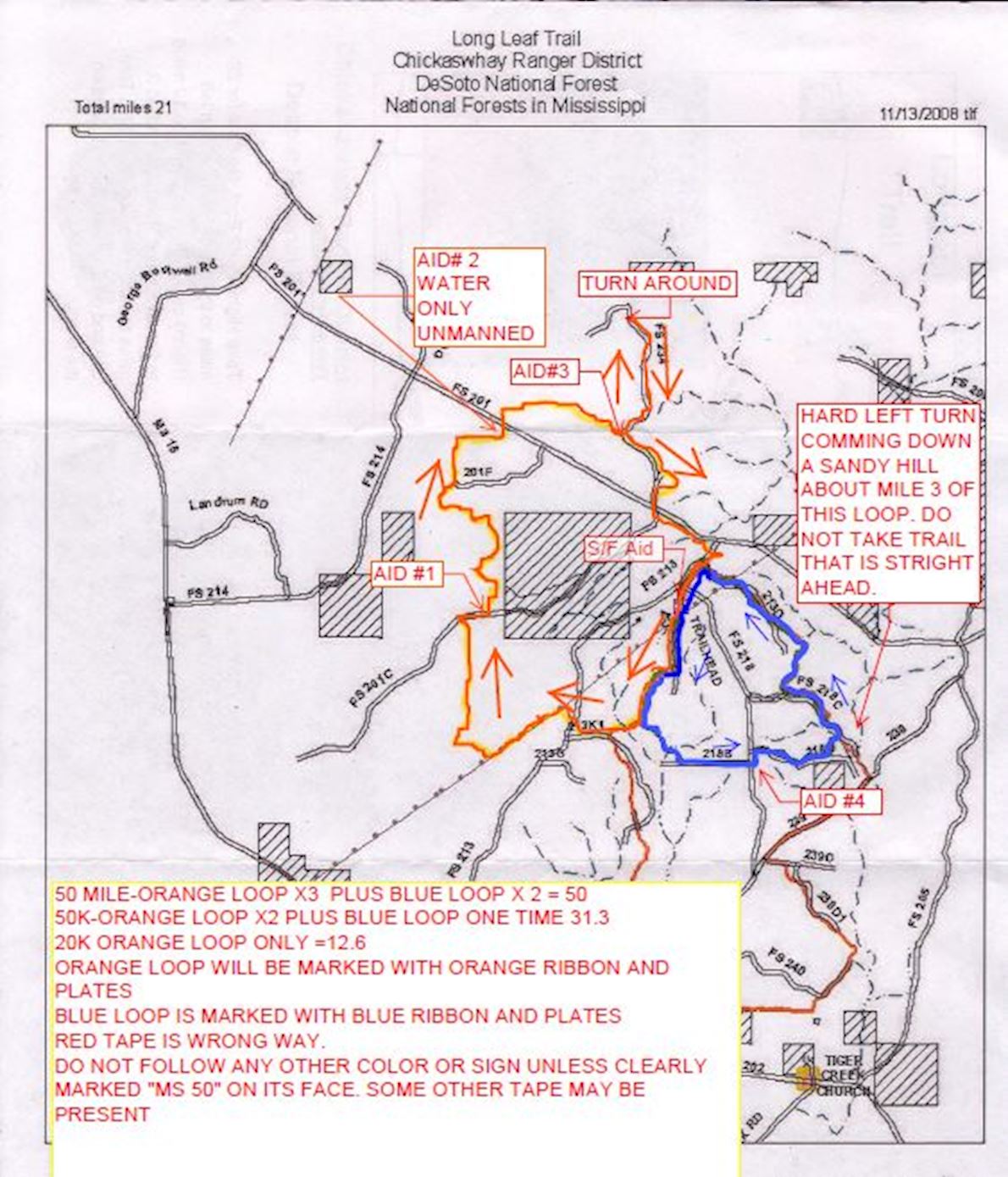