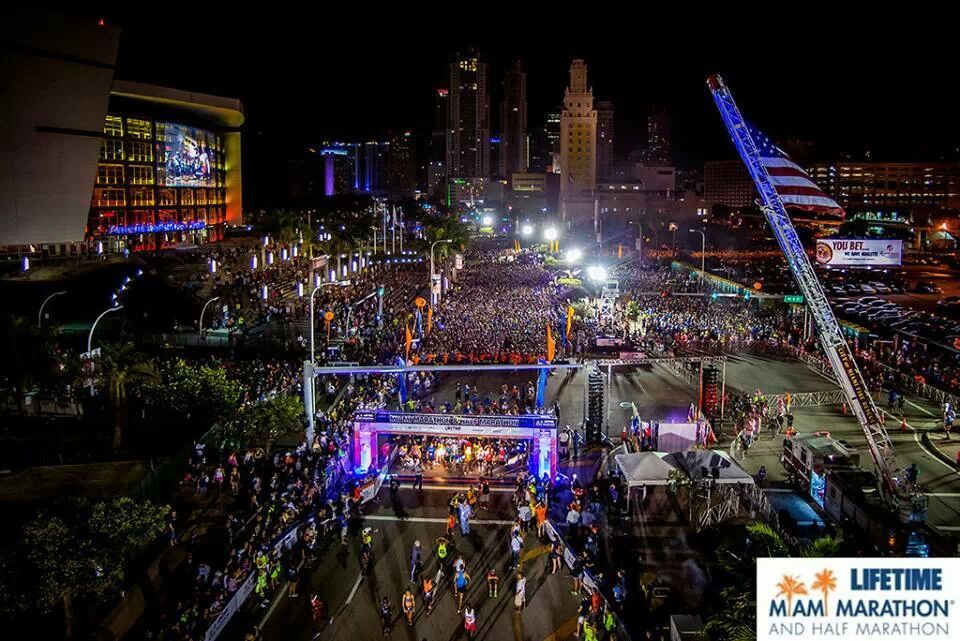 Beginning on Biscayne Boulevard next to the American Airlines Arena (home of the Miami Heat), the course takes runners eastbound on the MacArthur Causeway, past cruise ships docked at the Port of Miami, to South Beach. From there, competitors travel northbound along the famous Ocean Drive, through the City of Miami Beach, and then westbound along the Venetian Causeway and back to the mainland and the City of Miami. Here, the Miami Half Marathon finishes and the full marathon continues southbound through the financial district, Brickell, into Coconut Grove, out the Rickenbacker Causeway towards Key Biscayne, and then back through Brickell and downtown Miami to complete the 42.195 kilometres (26.219 mi) at Bayfront Park.
Read More Show less