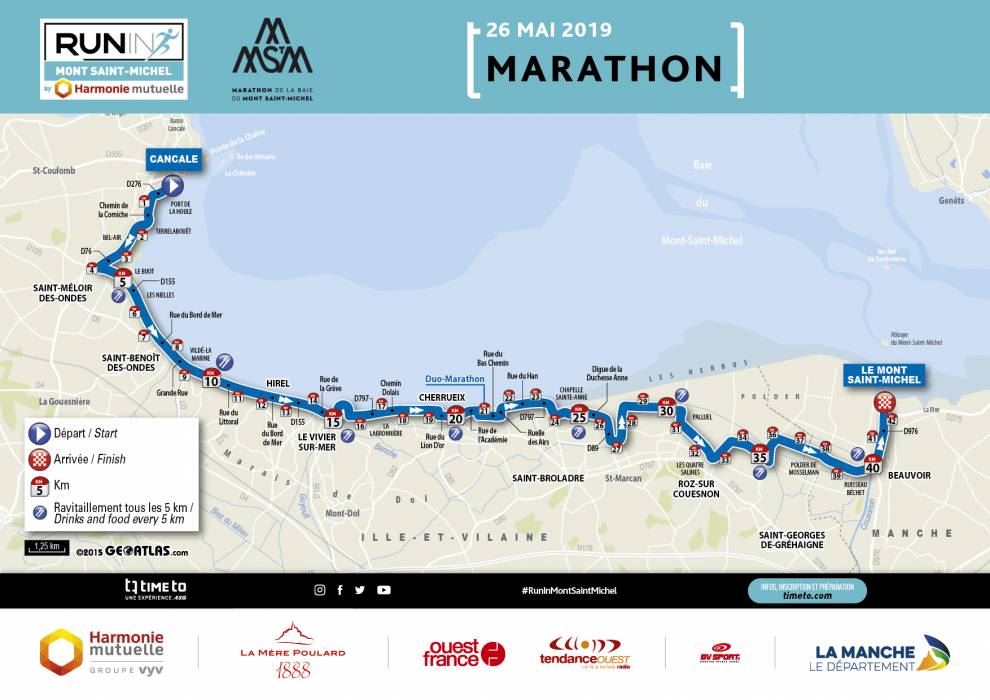 As May runs its course, the sea doesn’t care whether the runners are there or not. Gradually swallowing up the stirring sands that surround it, once again the waves gain ground, every day, at the appointed hour. And for the runners, this is indeed a fateful hour: a time when the sea rises inexorably, when it closes its shackles around their ankles as they struggle to escape its hellish grasp. This is the time when the marathon becomes a fiendish ordeal, when every step is an act of defiance, a response to the challenge of the waves. You could almost forget that, just a few strides away stands a jewel set in a silver sea. The miraculous Mount, a World Heritage Site. Do the runners gain inspiration and renewed vigour from the exploits of the Archangel Michael and his seven-league boots? Only the best can keep going, gasping: ‘Cancale? Yes, we can!’ as they cross the finishing line.