Get notified when the tickets for Maratón San Blas are available 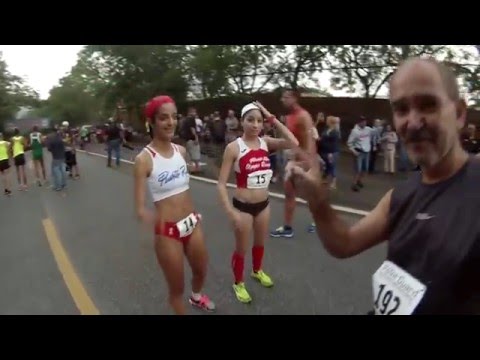 It is a pleasure to invite you to the annual edition of the world’s most famous half marathon, Medio Maratón San Blas, here in our beloved city of Coamo. It has been 54 years that the people of Coamo have ​proudly received thousands of visitors, especially the international and national athletes who grace this event. This is a new and exciting year for us due to the changes we have made; we brought back the traditional finish of the race in downtown Coamo along with a brand new shotgun start for the half marathon.

A fraternal greeting to the people of Coamo, athletes and visitors to the great sporting event of the Half Marathon San Blas.

The Starting Line
Sector Calabazas, Km. 36.2, 14th Road was part of the route taken by the Spaniards on their way to the town of Aibonito, during the U.S. invasion in 1898. From north to south, the road goes on and on until reaching Coamo.

The Niagara Sector
The athletes will get by the Obelisk in honor of Commander Rafael Martínez Illescas, Captain Fruto López Santos and the three Spanish soldiers who died in battle on August 9, 1898. Then they will get to Las Casillas, the home of the boss in charge of the truckers who used to clean the edges of the 14th Road. After that, they will cross the iron bridge known as Puente de Hierro Padre Íñigo built between 1876 and 1910 in Belgium and mounted by Engineer Reimundo Camprobí over the masonry foundation part of the famous “Carretera Central”. Right next to it, a modern bridge that is currently in use was built.

The Town
Right next to Avenida Héroes, into the José Ignacio Quintón Street, they get to town passing by the public square Luis Muñoz Marín, where they can see the San Blas Illescas Catholic Church. Its construction started in the year 1661. On November 18, 1867, it was seriously damaged due to an earthquake. Immediately after the old church, there are three very important buildings. First of all, Museo Histórico de Coamo (a museum), a two floor Neo Classic construction with an atrium, brick walls and ceilings supported by rope beams. Right next to it, you find the Baptist Church, a construction with a zinc ceiling built between 1905 and 1910 by Architect Crowley, later restored in 1980. Then, there is the Valvarena Chapel, also know as “Ermita”, built in 1685 as a means of divine gratitude to the end of the cholera epidemic. There were 48 founders to this Chapel.

Getting Out of Town
We find the Osvaldo Rivera Escalera field reaching the Piel Canela Boulevard where there is the Francisco (Pancho) Coimbre sports complex. After the Muñoz Marín Avenue , road number 14 from Coamo to Juana Díaz takes us directly to the Manuel Méndez Vigo bridge over Las Minas river. It is the only one bridge used today for crossing traffic. It was built in geometric hoops going over 20 feet with a brick formation, on an edge a form resembling a Castle. As history goes, this bridge was dynamited by orders of Commander Rafael Martínez Illescas to hide the retreat of the Spanish troops. It was restored in 1898 by the U.S. troops.

Entry to Town
Just next to Delta Phi Delta, they continue to the Ramón Baldorioty de Castro street. Known as the Maratón San Blas Avenue, they get to the public square where the athletes turn right to City Hall. It was built in the second half of the XIX Century. Two fires damaged the building and destroyed its archives in the years 1869 and 1897. It was rebuilt in 1929 by Architect Manuel V. Doménech and Foreman Don Víctor Santiago, following the Andalusian architectural model. Immediately after, right next to the corner of José I. Quintón street, they turn right, once again going downtown and arriving to road number 14 in front of the Francisco (Pancho) Coimbre Sports Complex. 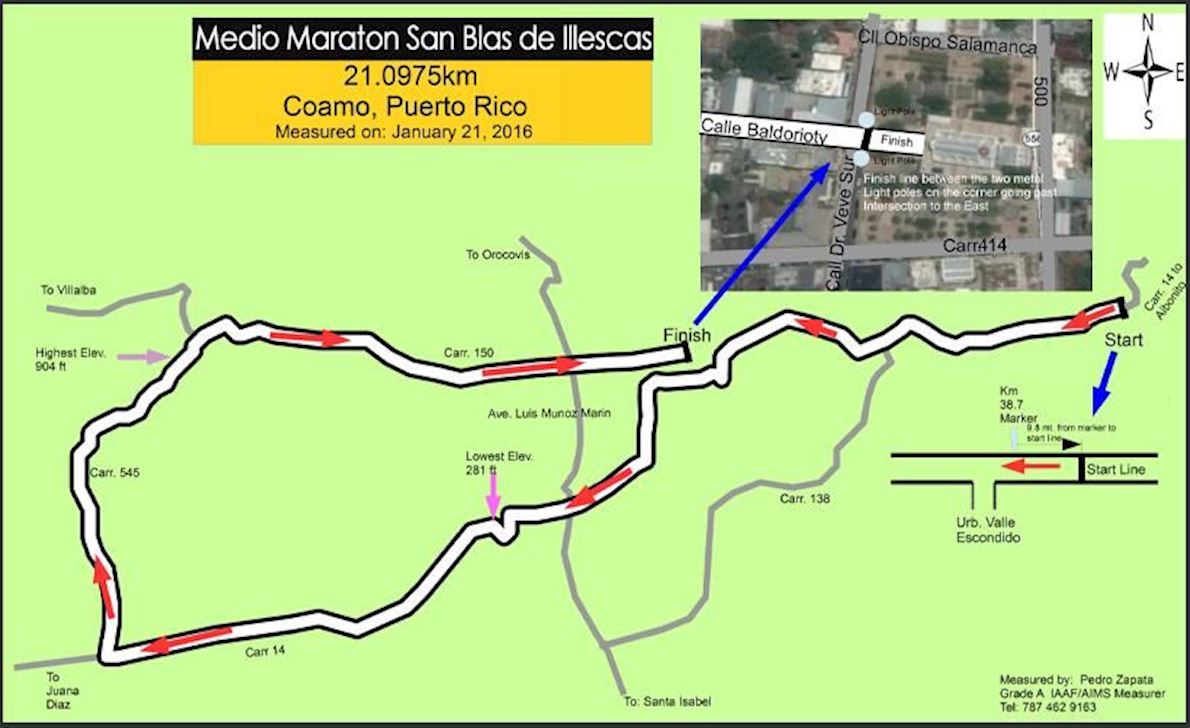