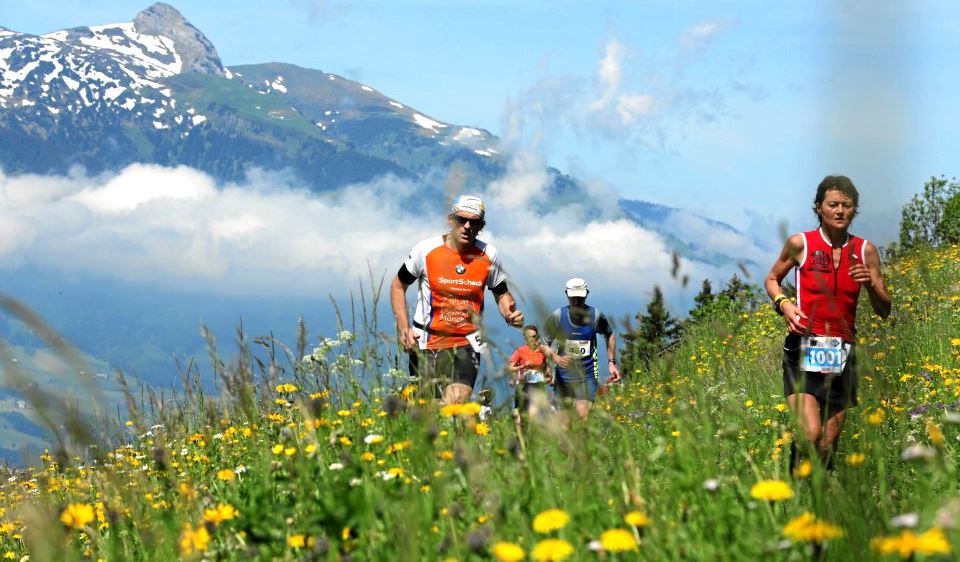 There is only one mountain marathon in the world where you can run nearly through a whole country: The LGT Alpin Marathon in the Principality of Liechtenstein. From the flat Rhine valley, passing the Princely Castle in Vaduz up to the beautiful mountain scenery of Liechtenstein. For 15 years, the first mountain marathon of the season. enjoy one of the most beautiful marathons in the Alps in Liechtenstein. The Alpine Marathon Liechtenstein (official name LGT Alpin Marathon after the main sponsor, the LGT Bank ) is Liechtenstein's only marathon and runs from Bendern after Malbun. Because of 1800 meters in altitude uphill and 650 meters of altitude to overcome downhill, he is a demanding mountain marathon. The Marathon has been held since 2000, the date of the event is in June. In 2007 Half Marathon PLUS over 25 km was added to the program. And since 2015 you can also share the distance with a running partner by register for the relay. If you want to set a new and exclusive flat on your marathon map, then you have to run in Liechtenstein. It cannot be described, you have to discover it for yourself!

At first flat kilometers, it first goes on the road to Schaan . After about 1.5 km in the direction is right Rhine bent and after a half kilometers of the Rhine dam reached, the one to the capital Vaduz follows at km 10. Behind Vaduz the route rises to the next eleven kilometers to Silumer height about 1100 meters in altitude. On the Silumer in height over 1500 meters and breathtaking views of the Rhine valley opens over 1000 meters below. On the next good three kilometers, it goes to the web Saminatal final 300 meters down. Behind bridge at kilometer 25.5 in well 1300 meters, is the goal of the half marathon PLUS. Too marathon runners who finish their course here, come into this classification. On corrugated roads it goes now into Valorschtal . Between kilometers 32 and 35, the route goes steeply again up to the 1780 m high Sass Fürkli. This is the highest point of the marathon. On undulating route is in connection still Malbun orbits before the runner reach the goal of the Marathon route.
Read More Show less

Showers, festival tent and shuttle busses are available at the finishing area in Malbun.

The minimum age for participation is 18.

There are 8 nutrition and 5 water points during the race as well as at the finishing areas.

The award ceremonies are taking place at 2.30pm at the finishing area in Malbun. The certificate can be downloaded on our website.

The luggage and personal items will be transported on demand from Bendern to Steg or to Malbun.

There are parking possibilities nearby the starting area.

Pictures of the race can be ordered on our website.

The professional timing is realized by www.datasport.com

There are shuttle busses available from the finishing area Malbun to the starting area in Bendern at 7am before the race. After the race (1 - 5pm) there is a regularly shuttle service from Malbun back to the starting point in Bendern.

If a runner cannot start (illness, etc.), the entry fee will not be refunded. The starting place can only be postponed to the next year (without additional costs) with the submission of a doctor's certificate.