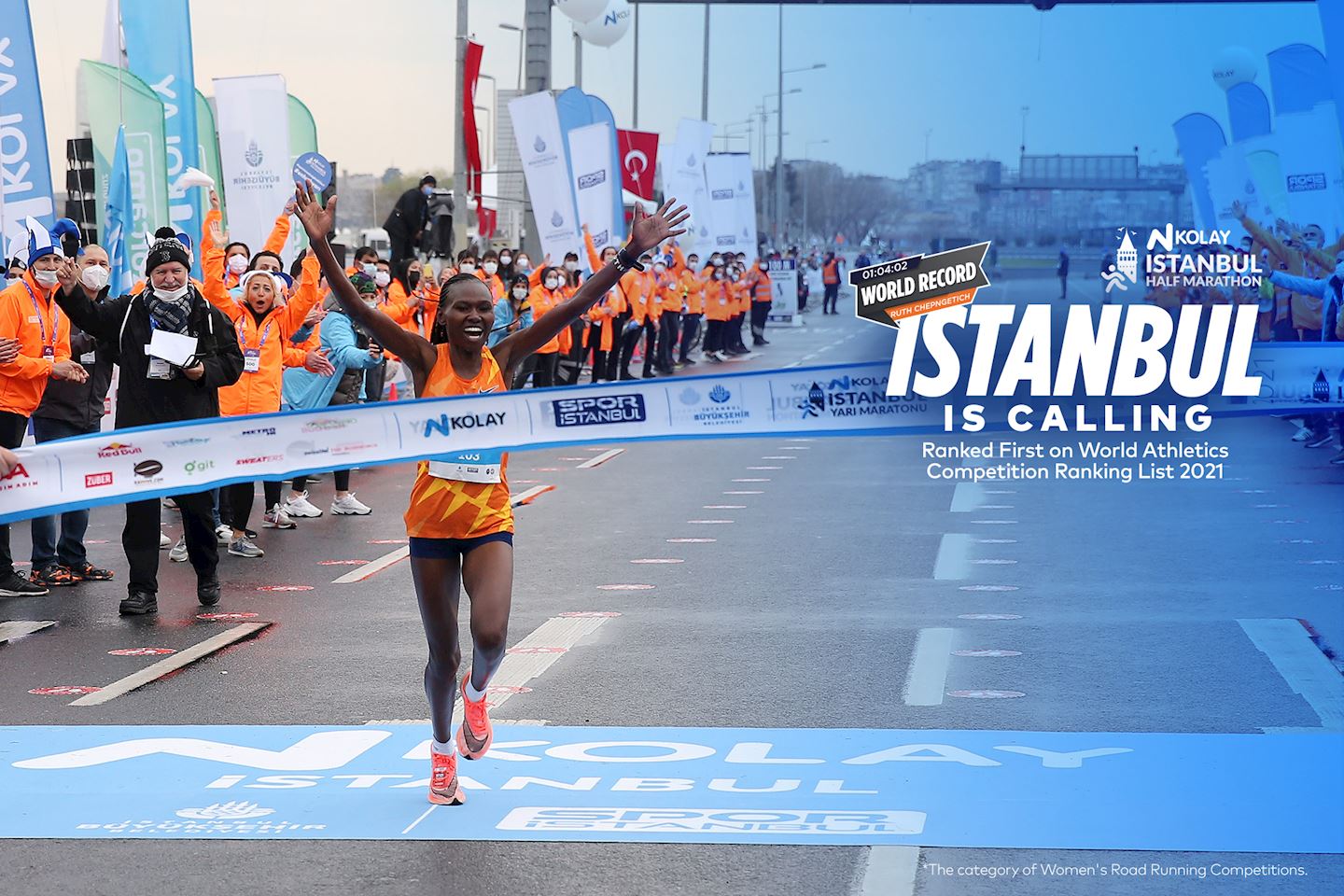 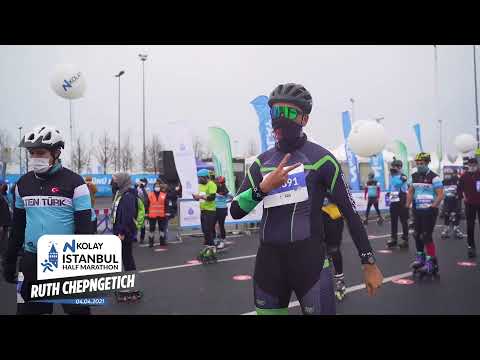 The Istanbul Marathon is one of the fastest marathons in the world. In 2021 Ruth Chepngetich of Kenya set a new Women's World Half Marathon Record at 1:04:02. This is a perfect event for your new PB.

The course of this race runs almost entirely on the coast of Sea of Marmara on the European side of Istanbul. The start and finish lines of Istanbul Half Marathon are located on the coast of Golden Horn in Balat. It is a fast, mostly flat IAAF Gold Label race that takes part annually in April. This guarantees perfect weather and a chance for a personal best or an easy start to the season after a long winter.

Istanbul has a lot to offer to tourists. Apart from great weather, especially for those recovering from a long and cold winter, it has a very exciting and colorful culture and rich history.
Make sure you plan your Istanbul Half Marathon trip to include a few days before or after the race for sightseeing and enjoying the city.
A few important things to do may include visiting the 8th wonder of the world - Hagia Sophia (Church of the Holy Wisdom), participating in the iconic Swirling Dervishes Show or going to the Grand Bazaar (Kapali Carsi) in Beyazit.

Starting from Yenikapı Meeting Area, the coastal road turns towards Eyüp direction. The route continues from Kumkapi, Sirkeci, Eminönü, Unkapanı, Fener, Balat and as soon as Feshane passes through it, it makes "U" turn from the river located at Eyüp Kavsak. The race returns from the same direction and ends in the Yenikapi Meeting Area, the starting point of the race.

Starting from the 10K racing Yenikapı Meeting Area, the coastal road leads to Eyüp direction. The route crosses the Kumkapi and makes a "U" turn on the road 200 meters before the Sirkeci reaches the lights. The race returns from the same direction and ends in the Yenikapi Meeting Area, the starting point of the race. 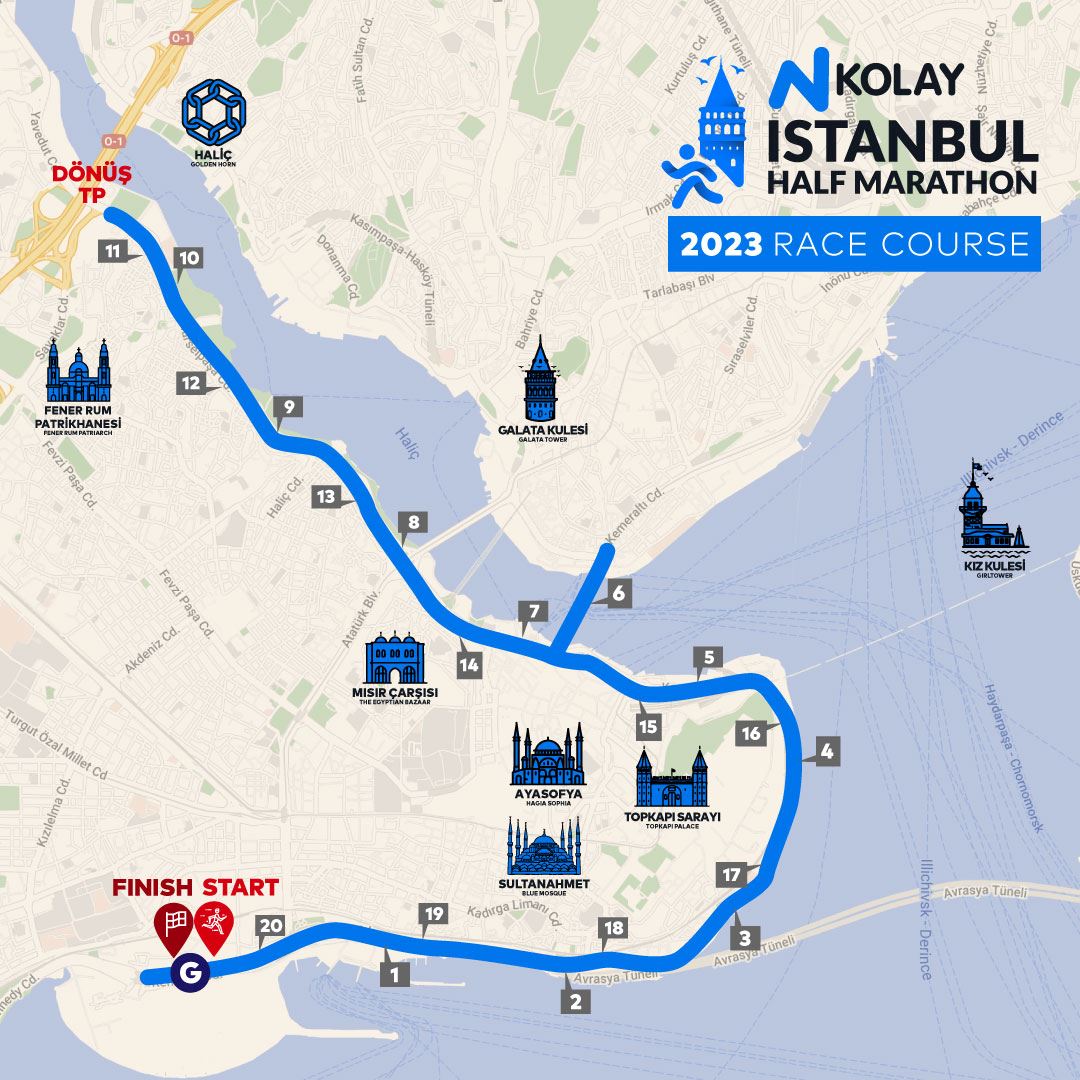 7. Water and feeding stations on the track

All finishers are eligible to receive commemorative medals.

The course is open 3 hours.  After that time, the participants who are still on the course will be asked to continue running on the side walks.

There is no qualification by time for participation.

All entrants will receive a timing chip along with their bib number at the İstanbul Half Marathon Office. You will receive printed instructions on how to use your chip - please read them carefully.

Participants will pick up their bib numbers from the Half Marathon Expo on 25th and 26th of March 2022. Location information will be given later.

How does the bag storage work?

You will also be given your personal official race bag at the Half Marathon Fair. Please fill in the information requested on the back of your item bag number and attach it to your bag. The number must be attached to your bag before the race. Please do not use this number if you are not going to deliver bags. Only the bags given to the athletes by the organization committee are accepted in the Safety Equipment Tents, except bags, bags and belongings are not accepted in any way due to security m