See other 半程马拉松 in 八月

Dallas is Texas' most mythical city, with a past and present rich in the stuff that American legends are made of. The 'Big D' is famous for its contributions to popular culture – notably the Cowboys and their cheerleaders, and Dallas, the TV series that for a time was a worldwide symbol of the USA. An upscale ethos makes for an amazing dining scene (you can tell which place is hot by the caliber of cars the valet leaves out front) and the nightlife's not too shabby either.

The museums are not only excellent, but unique – history buffs should not miss the memorials to President John F Kennedy's assassination. The most impressive addition to Dallas' cultural landscape in recent years is the massive 68-acre Arts District, now the largest in the country.

With that being said, the Hottest Half is the place to be!

Make sure you take advantage of each and every one of the planned 10 water stations scattered throughout the 13.1-mile course along the Trinity River at “The Hottest Half” Half Marathon & 10K, which sees more than 1,500 runners cross the finish line each year, including more than 1,100 runners in the half marathon alone.

This is a race that will definitely test how well runners have been training through the summer, and get them ready for the fall marathons and half-marathons they’re preparing for. The course will be run entirely on paved surface trails through the park and on city streets through the adjacent neighborhoods.

Organized by Mellew Productions, a Texas-based organizer of road races and other running events, the race is also part of the Long Distance Running Series sponsored by the Southwestern Association of USA Track and Field.

The half will have 14 opportunities for water, plus water at the start and finish. The water station average distance is .90 miles. We will also have port-o-lets at each water station, two of which will be “Pink Stations”.

There will be plenty of free parking in the parking lot next to the Ron Kirk Bridge.

The Hottest Half & 10k will use the latest chip timing technology, which records your time precisely from start to finish. Your timing chip will be in your bib. Just put your bib on and you are good to go. 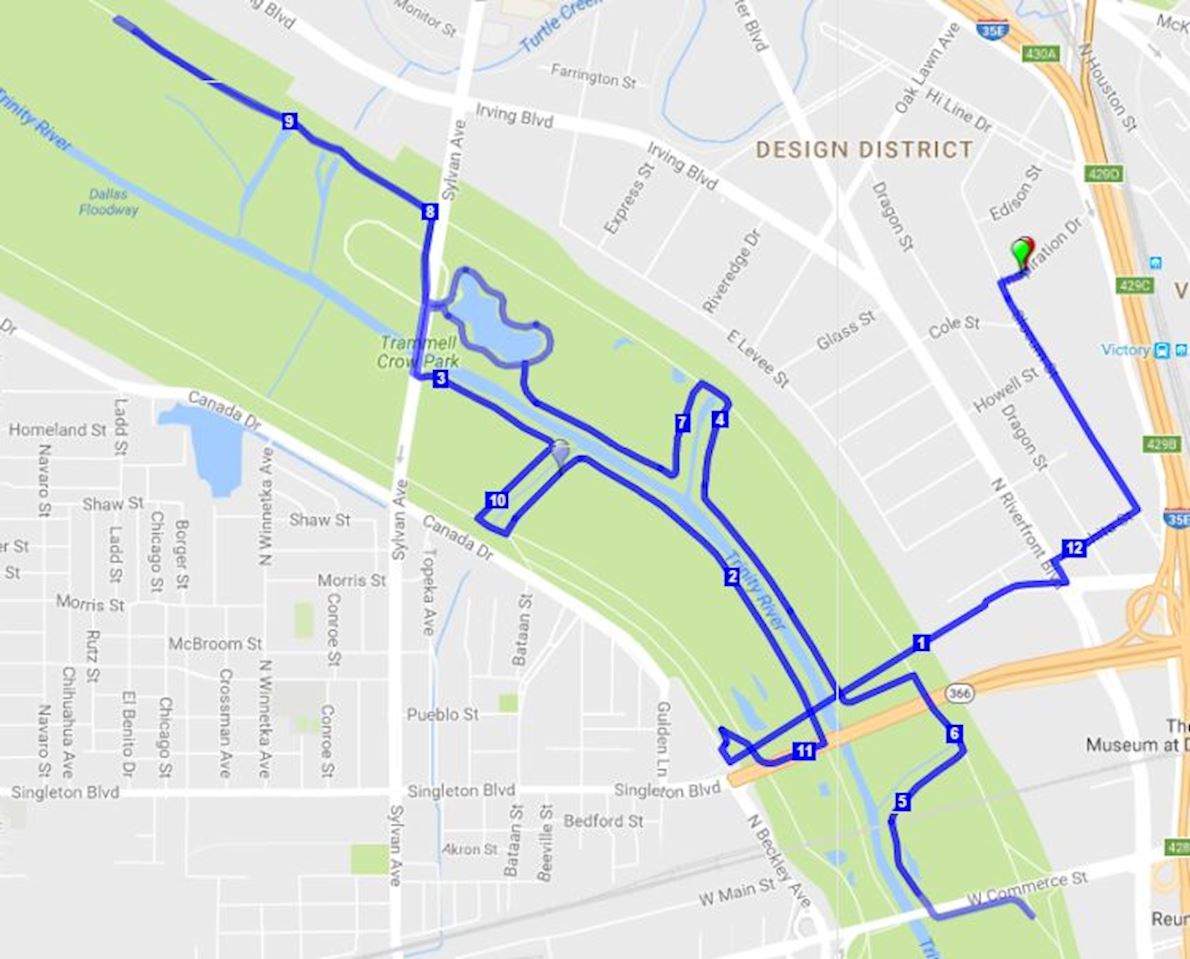 The race, which features live music at the starting line to pump runners up, will move from Dallas’s White Rock Lake Park to a new course along the Trinity River, using the same route as May’s Moonlight Madness Half Marathon.