The race begins in Hamilton, Illinois, travels along the mighty Mississippi and ends in Nauvoo, Illinois at the state park. We provide transportation back to the start line after the race.

The Great River Road Run is one of the most scenic sport races in the Midwest and the proceeds benefit the Hancock County, Illinois Food Pantries and Food for Thoughts of Hancock County.

The race is set to take runners between the tiny towns of Hamilton and Nauvoo, Ill., the latter of which served as a place of refuge for the early Mormons under Joseph Smith back in the 1830s and 1840s, who settled the area after fleeing persecution across the river in Missouri.

The town — whose population swelled to some 12,000 souls by the mid-1840s — today is home to just over 1,100 year-round residents, and many more visitors who come to see its historic sites such as the Brigham Young home and the Nauvoo LDS Temple, among others.

Awards are given to the first male and female runner in the half marathon plus first and second place for each age group.

Runners are encouraged to park at the starting line in Hamilton. (1420 Illinois 96, Hamilton, Il. 62341) A shuttle will be provided to transport racers from the finish line in Nauvoo back to Hamilton. 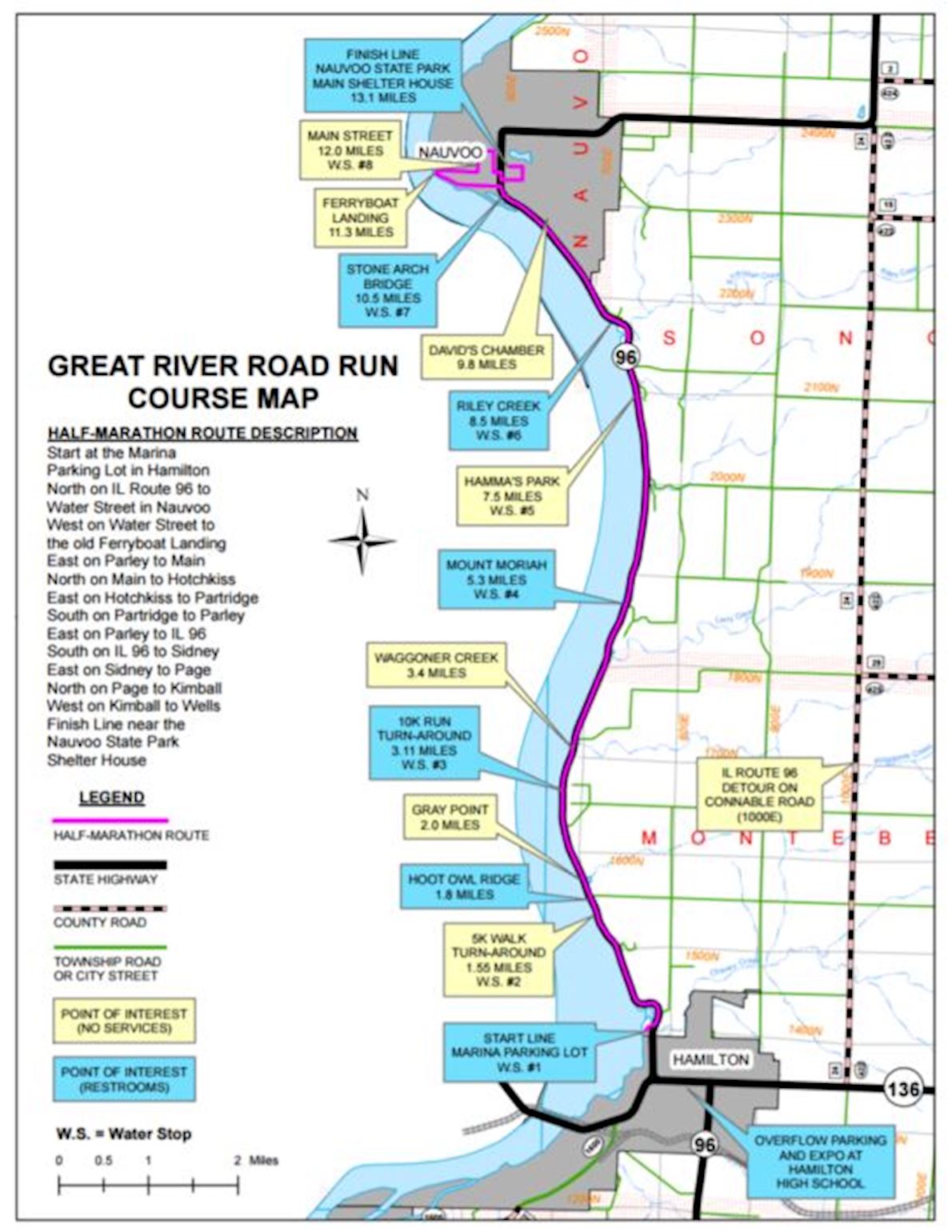 It’s through this little-known part of American history that runners will trek through at the race, which starts at the marina parking lot next door to Wildcat Springs Park in Hamilton, and finishes more than 11 miles to the north in Nauvoo, at Nauvoo State Park.