See other 半程马拉松 in 一月

Stay just steps away from the race! Tybee Vacation Rentals professionally manages over 200 homes, condos, & cottages for all budgets. Offering special pricing for race participants. Choose from their 7 Unique Vacation Properties: From the Award Winning Desoto Beach Hotel, Tybee’s ONLY Beachfront Hotel! …To their elegantly appointed Bed & Breakfast with just 3 romantic rooms, circa 1936… And 5 Beautiful Vacation Rentals that sleep from 4 to 14 depending on the property. No typical hidden fees. They have accommodations to fit any and all of your lodging needs.

Depending on how many events you participate in, you have the possibility of winning multiple awards, though only select events will offer finisher’s medals. There will be an awards ceremony immediately following each event as well as an overall awards ceremony following the last event on Saturday at 1:30pm at the post race party near the finish line.

Aid stations with water and Powerade. 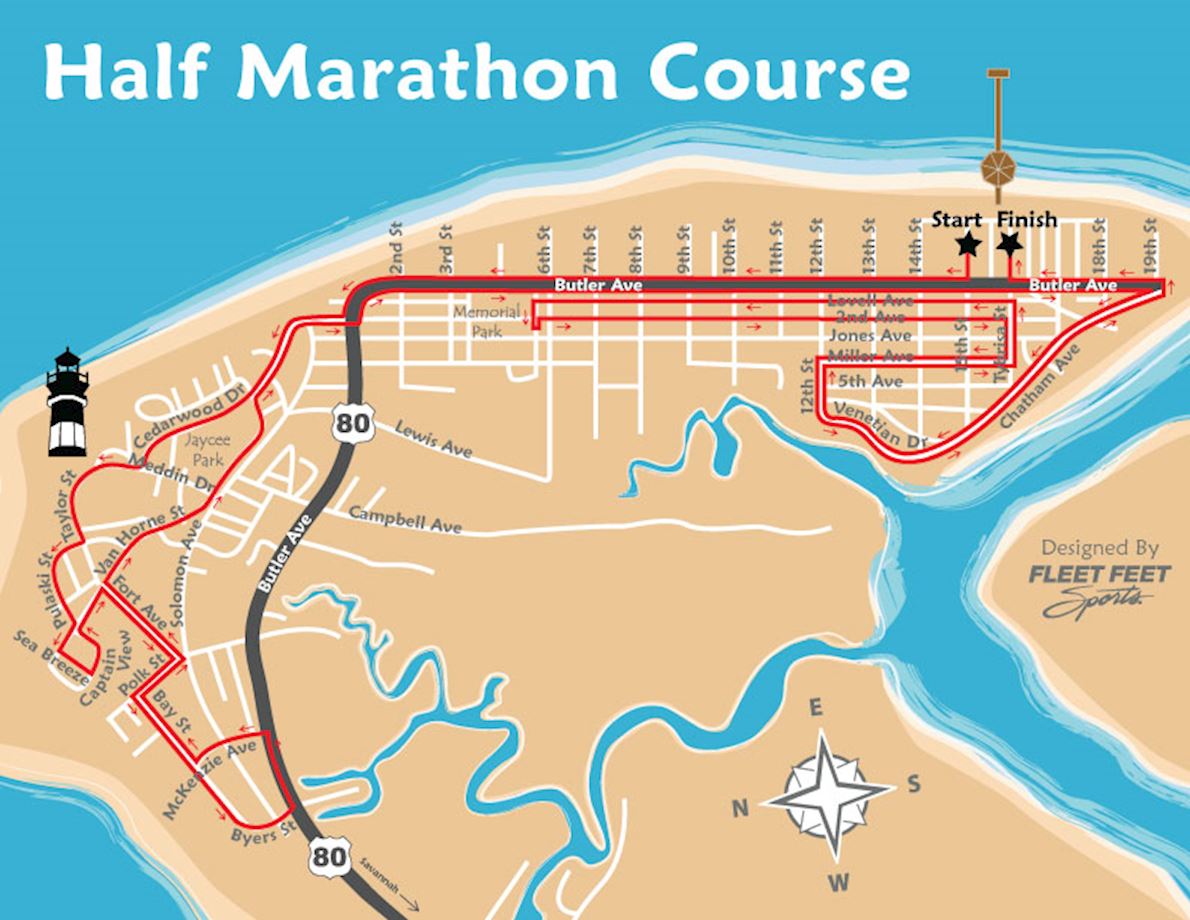 Runners start the half marathon — like the other races in the event, which includes a kiddie run and a 5K on Friday, followed by the half marathon, 10K, 2.8-mile and 1-mile race on Saturday — near Memorial Park on Tybee’s 15th Street, just off Butler Street. From there, the route takes runners to both ends of the 21-square-mile island and passes by sights such as Jaycee Park and the historic Tybee Island Light Station, one of handful of 18th-century-era lighthouses still in operation in the United States.

When the event moved to Tybee Island in 1995, it became the Tybee Maritime Marathon (later becoming the Memorial Health Tybee Marathon) which included a marathon, half marathon, and 5K. All races were USATF certified courses and the marathon was a Boston qualifier during the years it was held. The full marathon was dropped in 2009 and the event then featured a half marathon and 5K. In early 2009 the title sponsor at the time backed out of the event on short notice and the event was supposed to be cancelled. When Dale Critz Jr., an avid runner and prominent Savannah community figure, found out about the cancellation, he contacted Robert Espinoza, owner of Fleet Feet Sports Savannah, and the two men quickly jumped onboard for assuring the occurrence of the 2009 event. The Critz Tybee Run was then born.