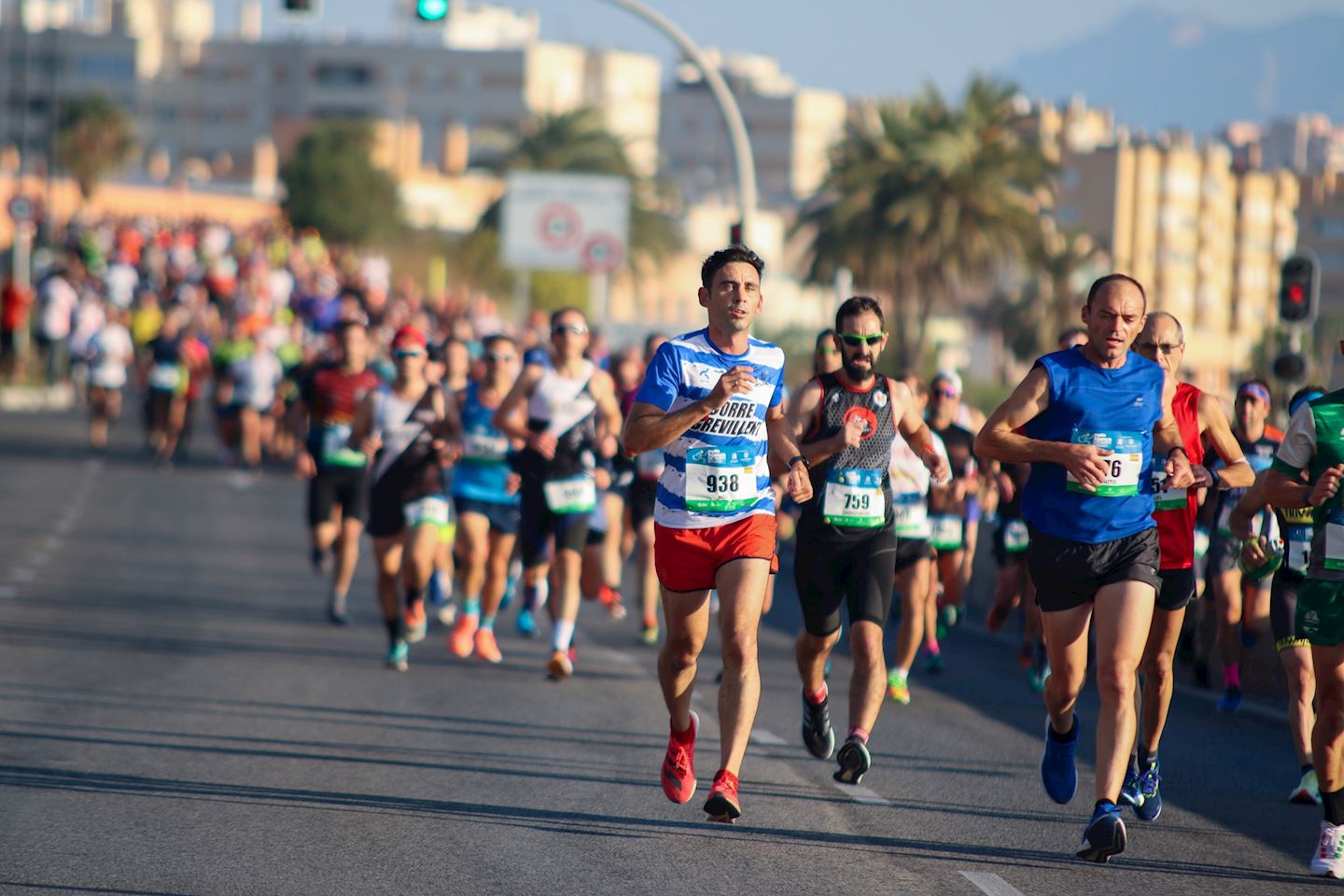 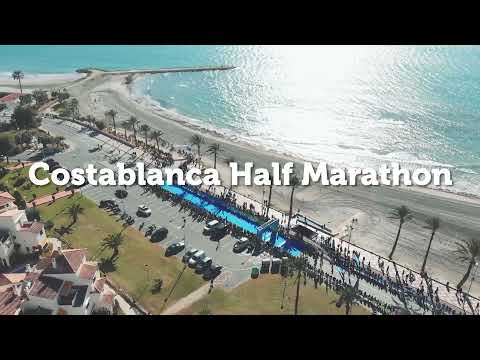 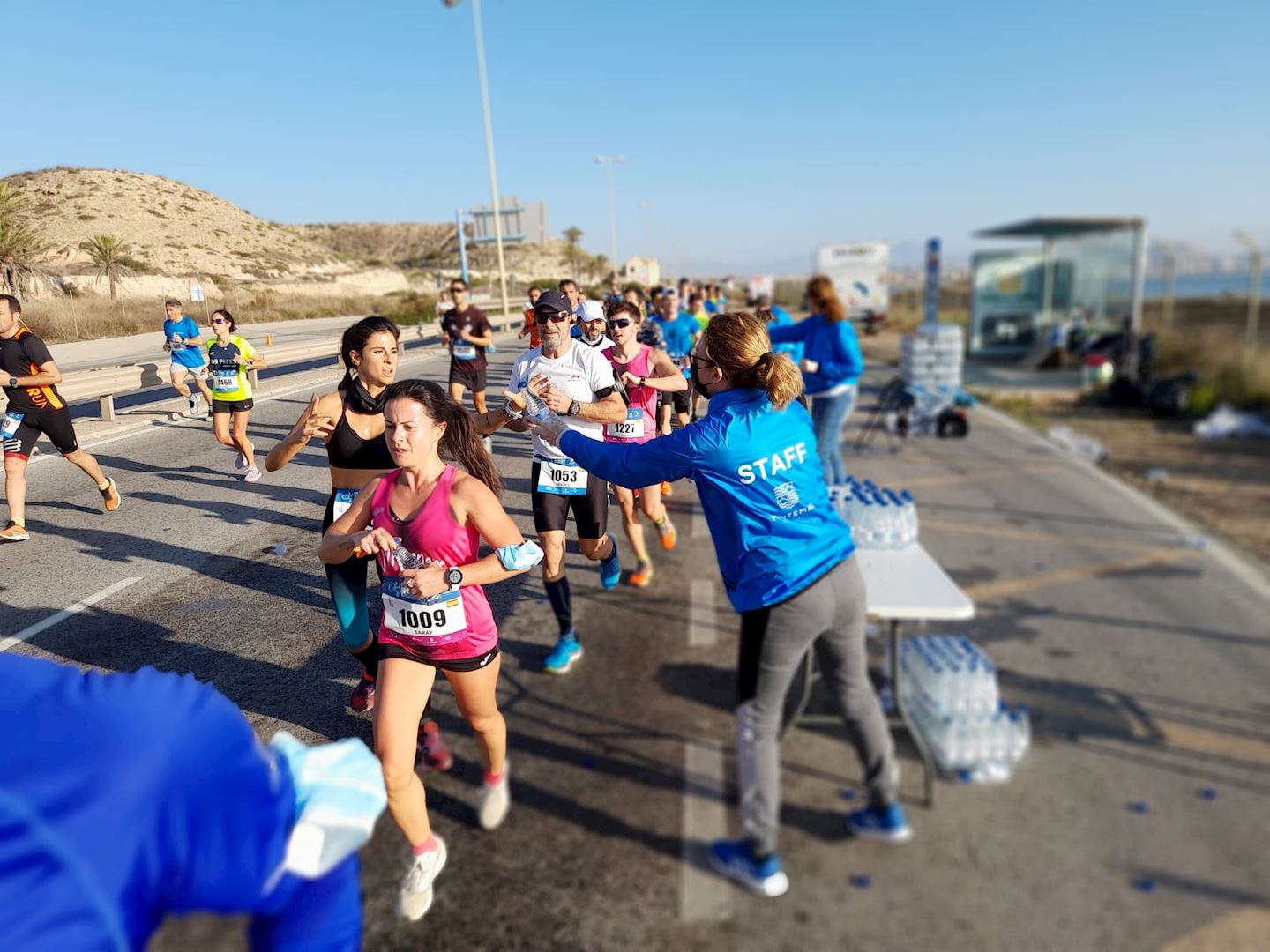 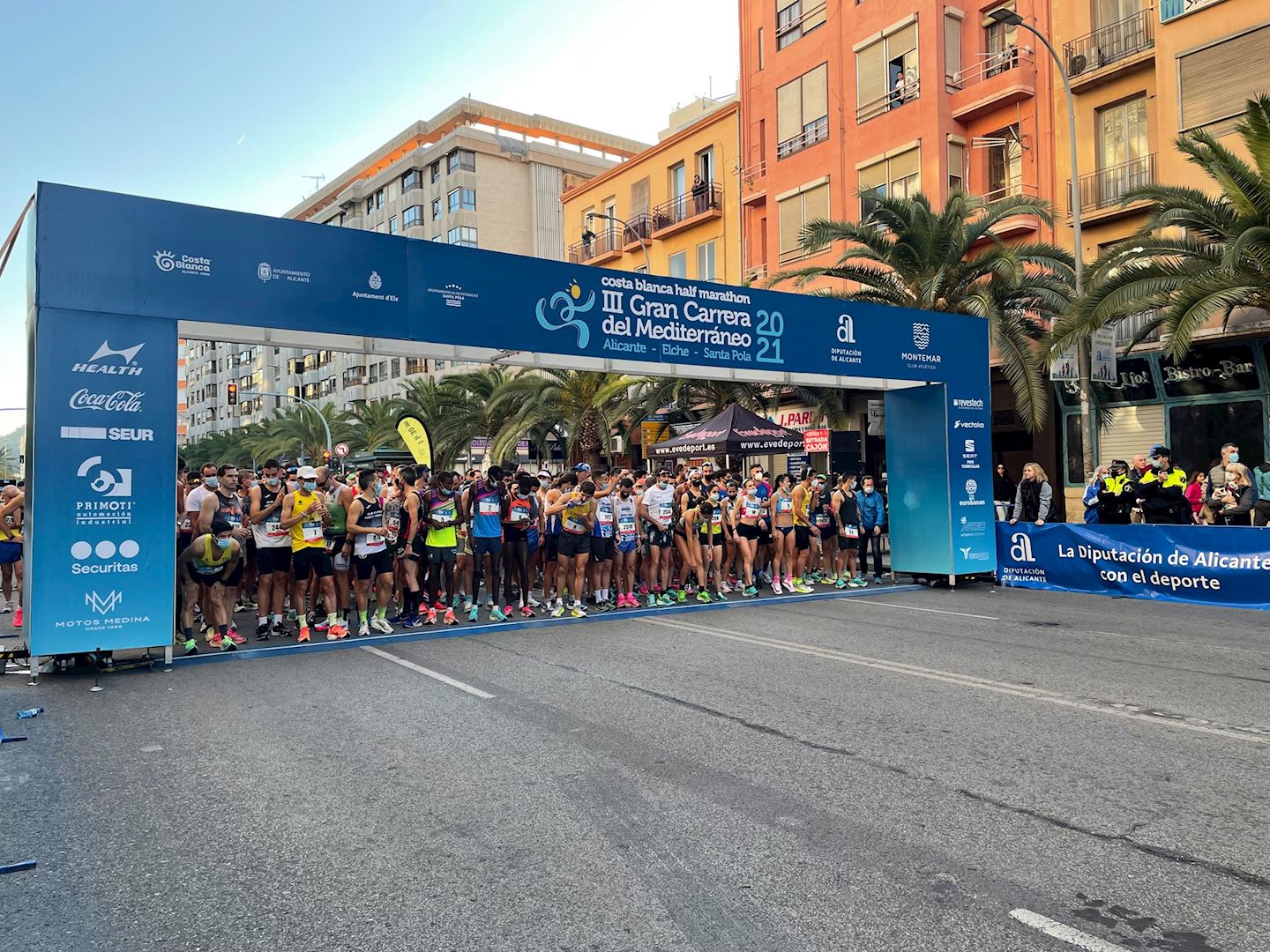 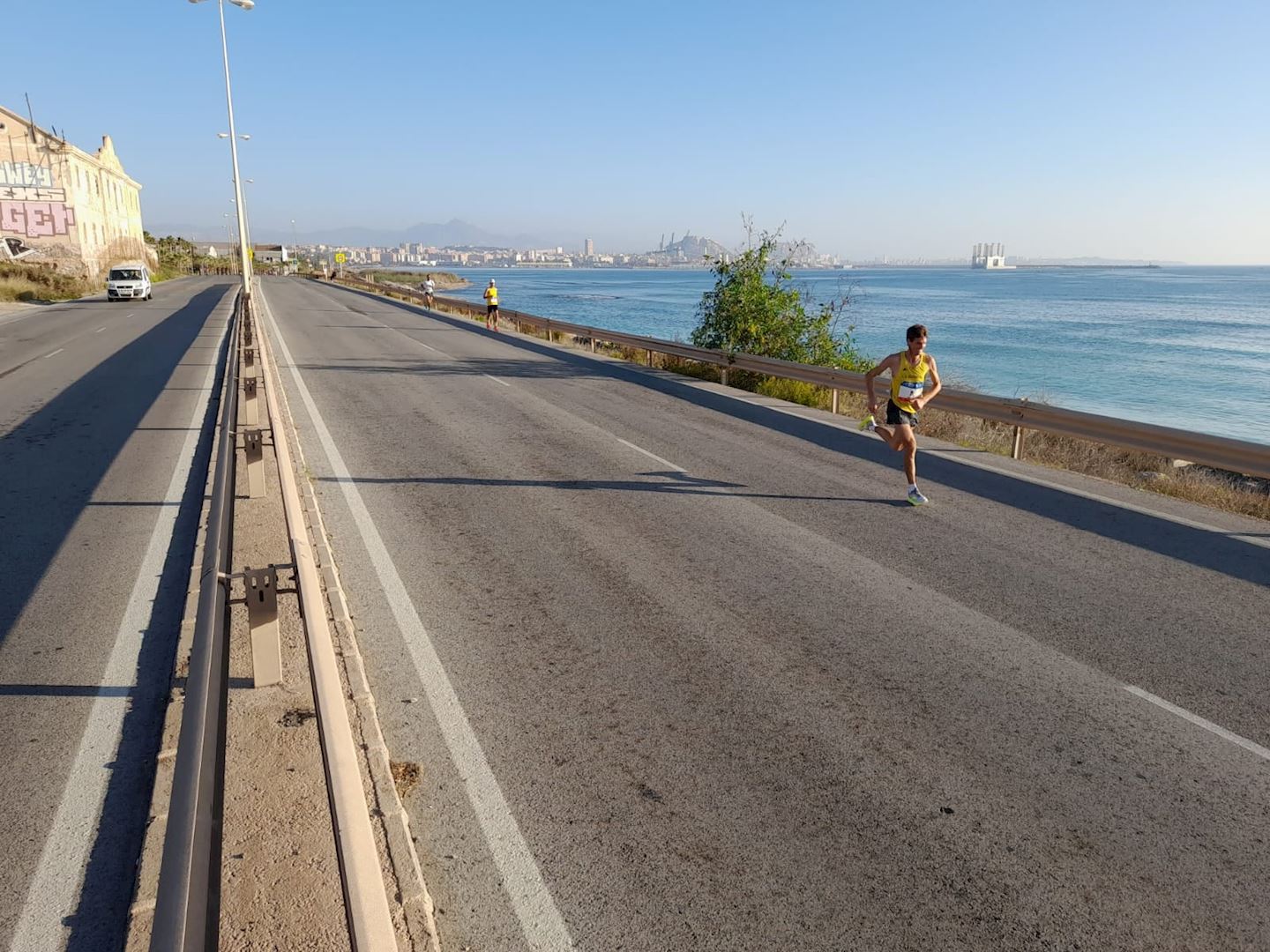 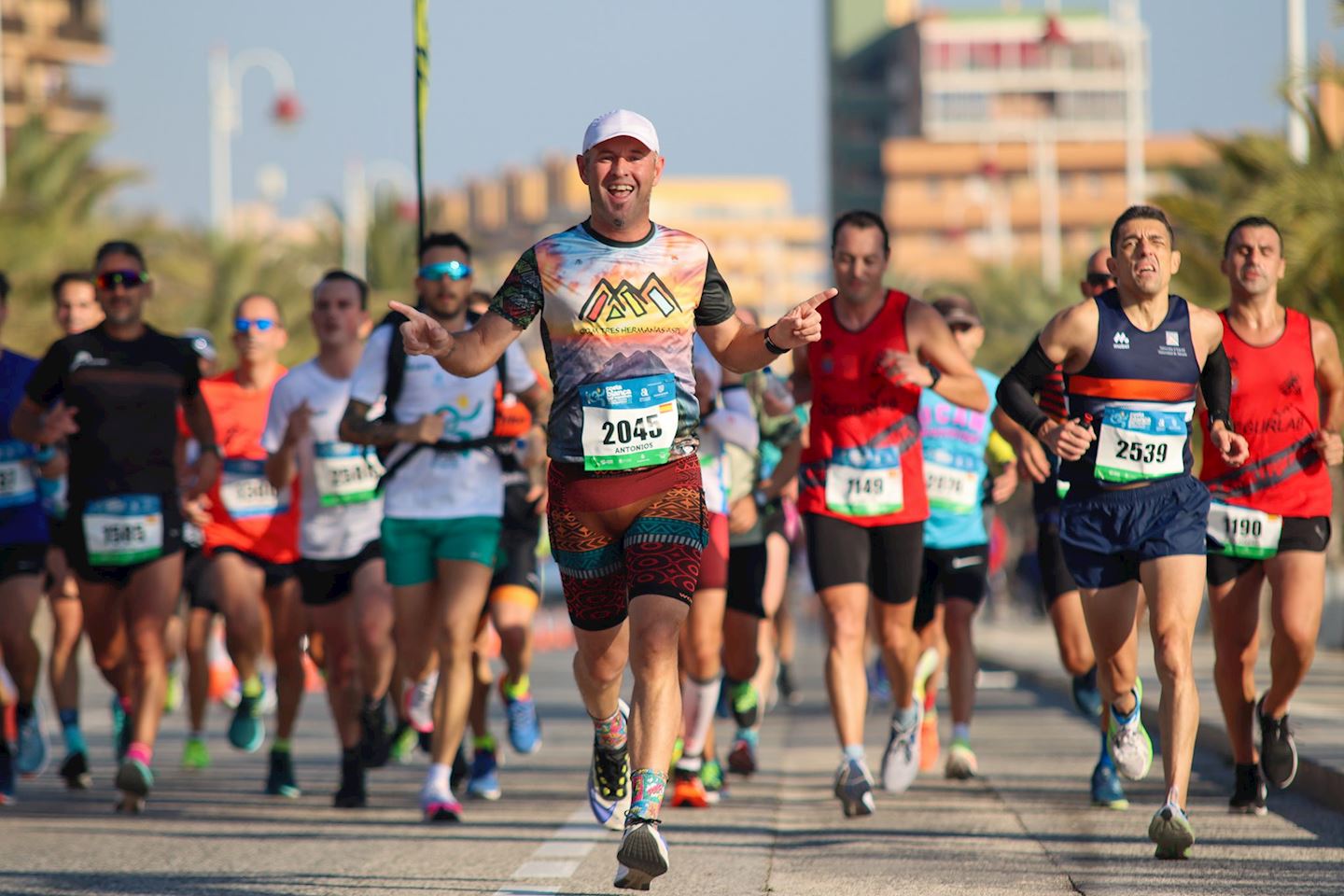 We are probably talking about the most beautiful race in Spain, because our Mediterranean coast will accompany the participants throughout the entire route.

It will depart from the city of Alicante, at the gates of the Palacio de la Ecma. Provincial Council, and will run parallel to the coast through such emblematic enclaves as El Palmeral Park, the Urbanova, Arenales del Sol and Carabassí beaches or the Santa Pola Lighthouse. In total, 21.0975 kilometers of pure adrenaline that will culminate in Varadero Beach in Santa Pola, with the Mediterranean Sea as a backdrop. Thus being the only race in the world that runs through so many beaches with blue flags.

Course profile
flat
Course surface
Road
Other tags
Beach
Ocean View
Scenic
IAAF Certified
Point to Point
Course highlights
The race will start from Avenida de la Estación located in the center of Alicante, to head towards Avenida de Elche taking the direction of Urbanova and arrive at Arenales del Sol. From Arenales del Sol the race will head along the coast from the coast towards the Santa Pola Lighthouse road, to enter the Varadero beach finish line, on Santiago Bernabéu avenue.
Read More Show less