Get notified when the tickets for Augusta Half Marathon are available

https://www.augustahalf.org/
Email has been sent!
menu 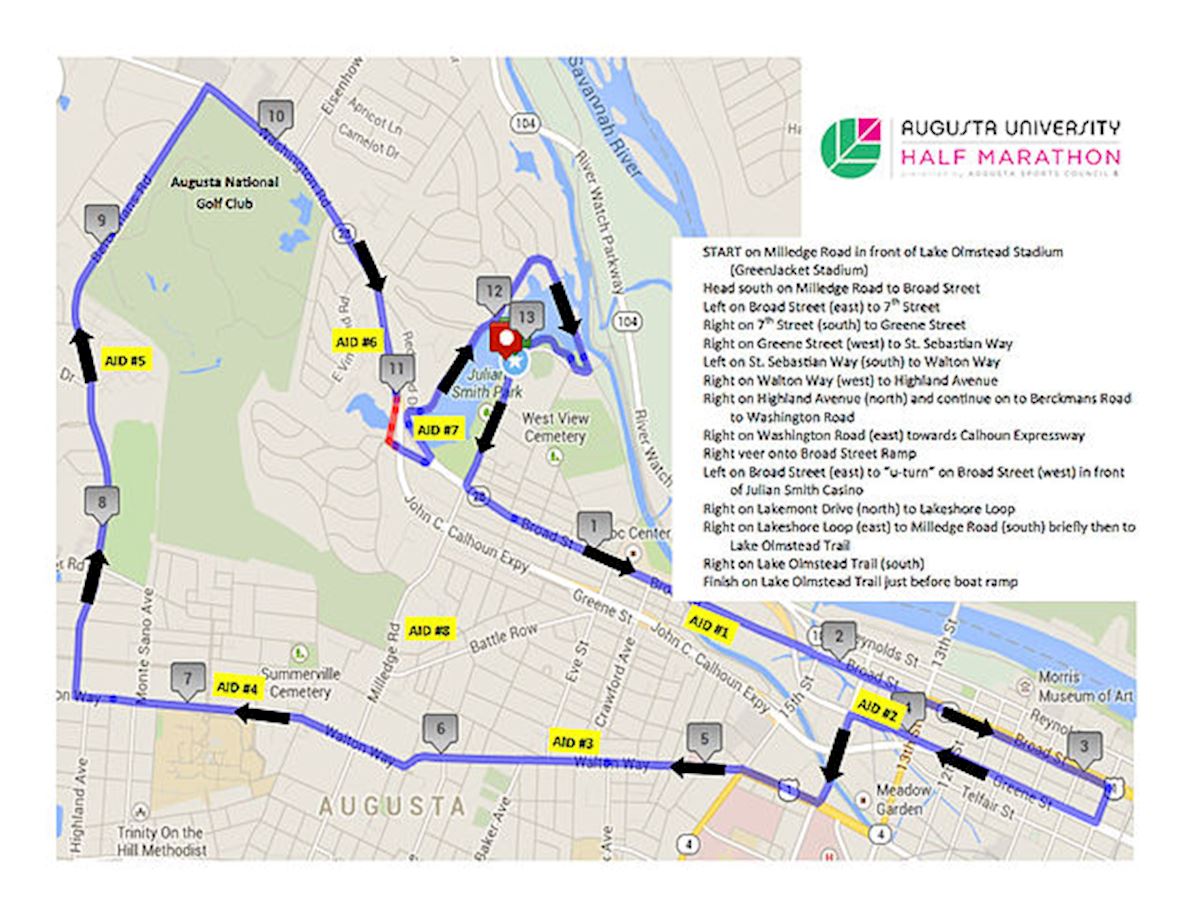 Water and/or Gatorade stations are located approximately every two miles along the Augusta University Half Marathon, 10K & 5K course.

Gear check will be located at the Julian Smith Barbeque Pit (near the start/finish) on race morning. To check your gear, pick up a bag at the gear check table and mark your bib number on the outside. Items placed in bags other than the one received at gear check will not be accepted into the gear check area. Please do not leave valuable or irreplaceable items in your bag. The Augusta Sports Council is not responsible for lost or missing bags. Following the race, you may show your race bib to pick up your gear outside the expo.

The Augusta University Half Marathon, 10K & 5K has a three and a half hour time limit. Anyone who has not completed the race within the three and a half hour time limit will be responsible for their own safety and will be asked to move to the sidewalk. A shuttle will be stationed at the half-way point, which is aid station #4 across from the AU Summerville Campus. Any runner who has not reached this point by 10:30 a.m. will be required to stop the race and will be shuttled back to the start/finish line. Runners who wish to continue on the course will be required to relinquish their race number, move to the sidewalk and continue at their own risk.

Timing will be provided by ORION. Your timing chip will be attached to the race bib you receive at registration.