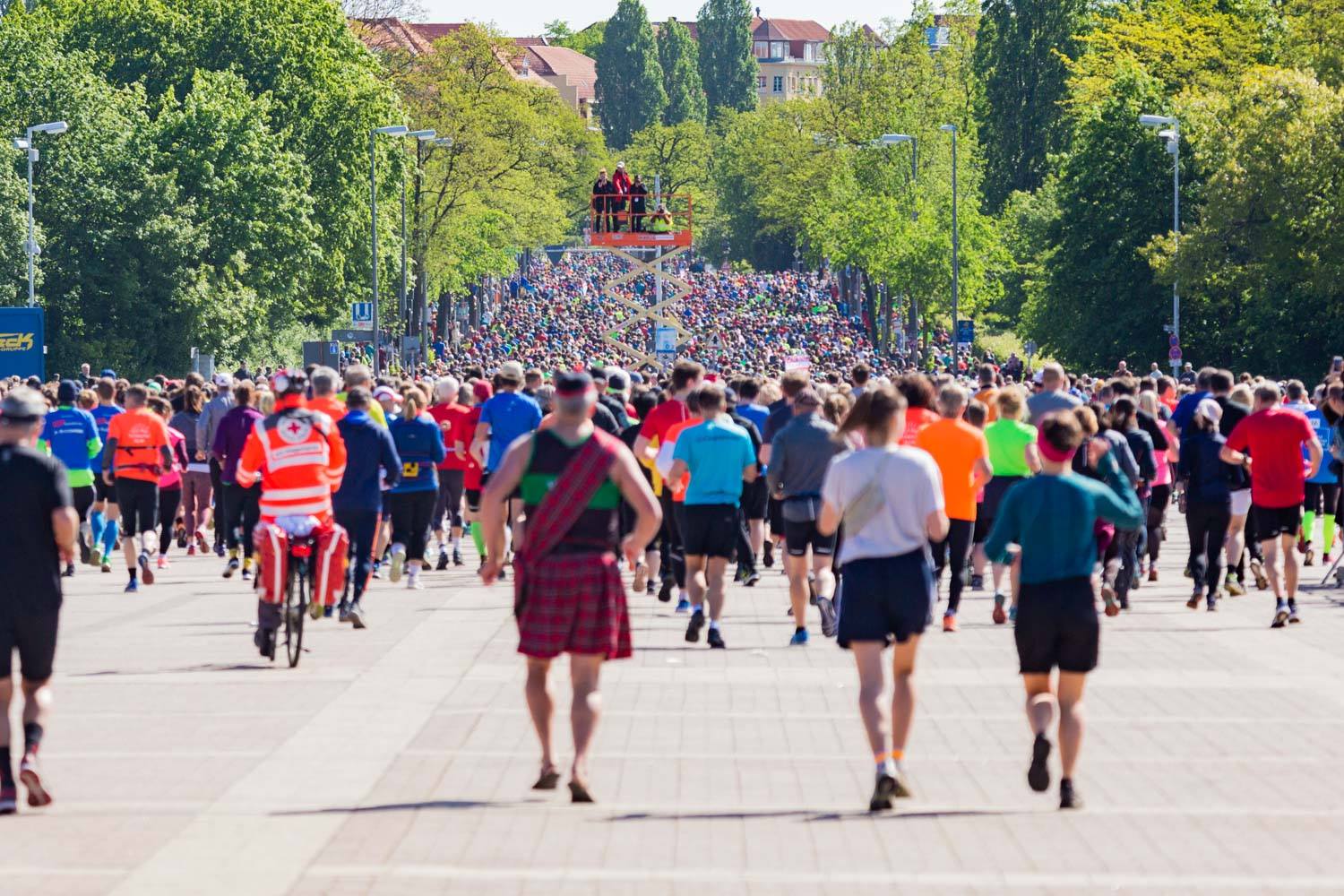 The BIG 25 Berlin is Germany’s oldest major city road race. The event once initiated by the French allied forces in West Berlin. Starting in front of the Olympic Stadium the spectacular finish is right on the blue track inside the arena.

When the first edition of the “25 km de Berlin” was started on 3rd May 1981 the event had historic significance for the sport in Germany. It was the first time a big city road race was allowed to go ahead in one of the nation’s major cities. In America, Great Britain and several other countries running was already very popular. City races were common in those countries. In Germany however running was still in its beginnings. Until the 3rd of May 1981 major city roads were for cars only – not for runners.