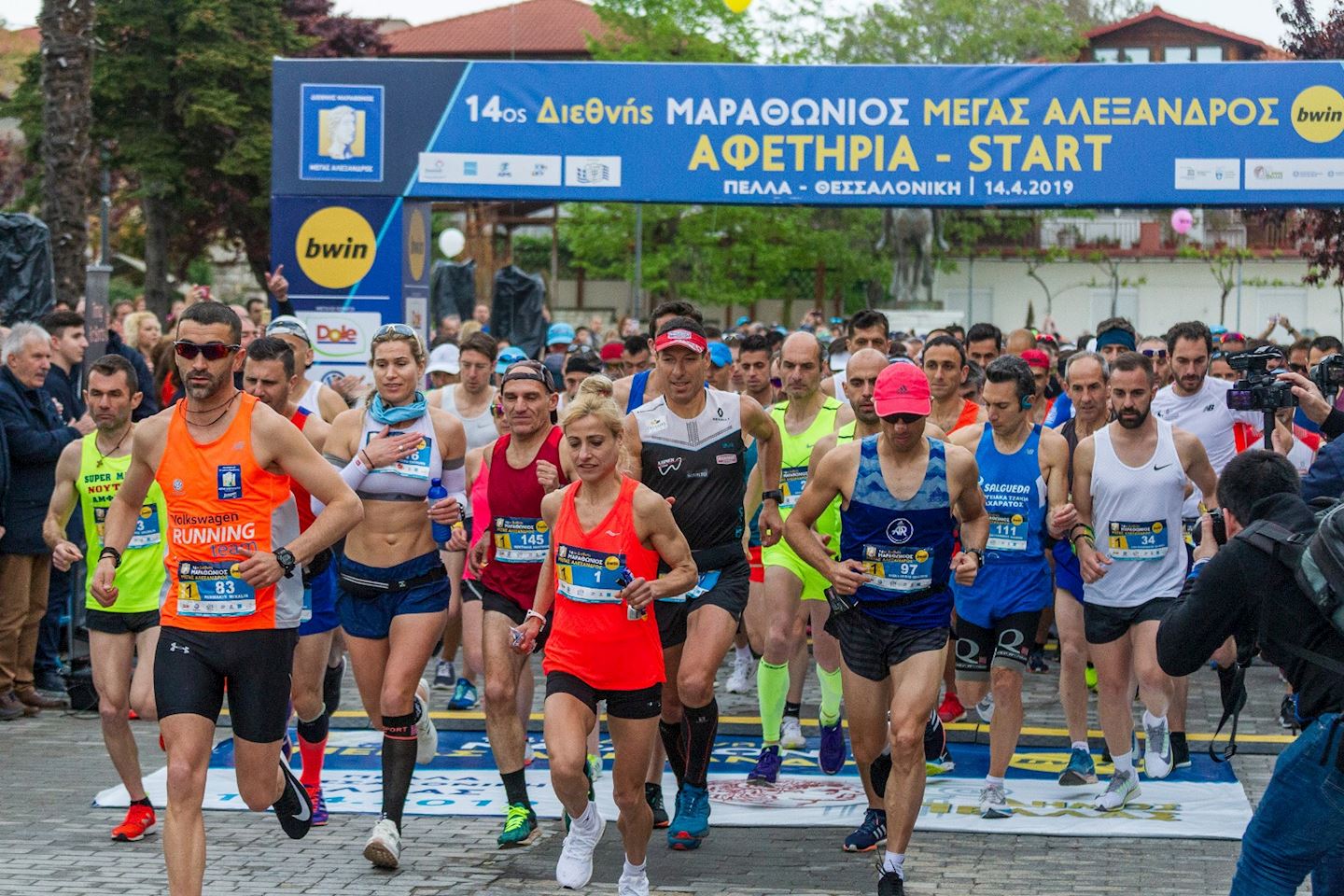 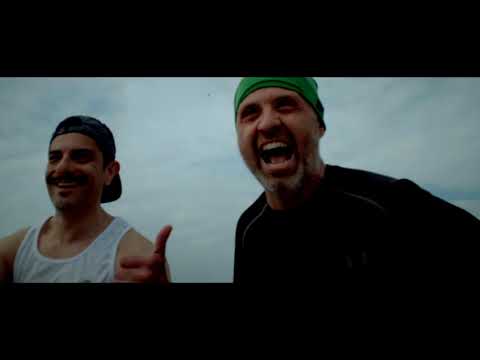 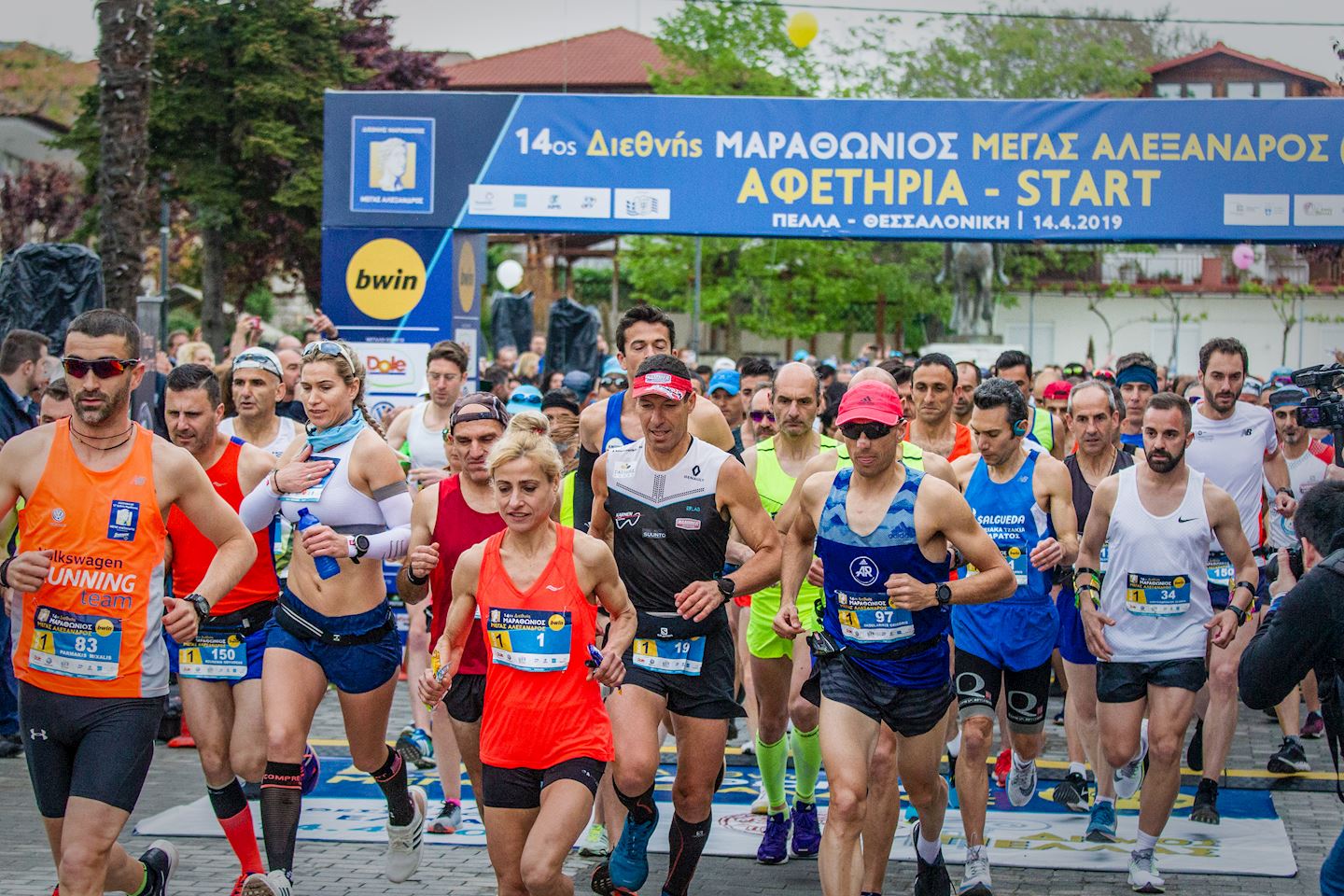 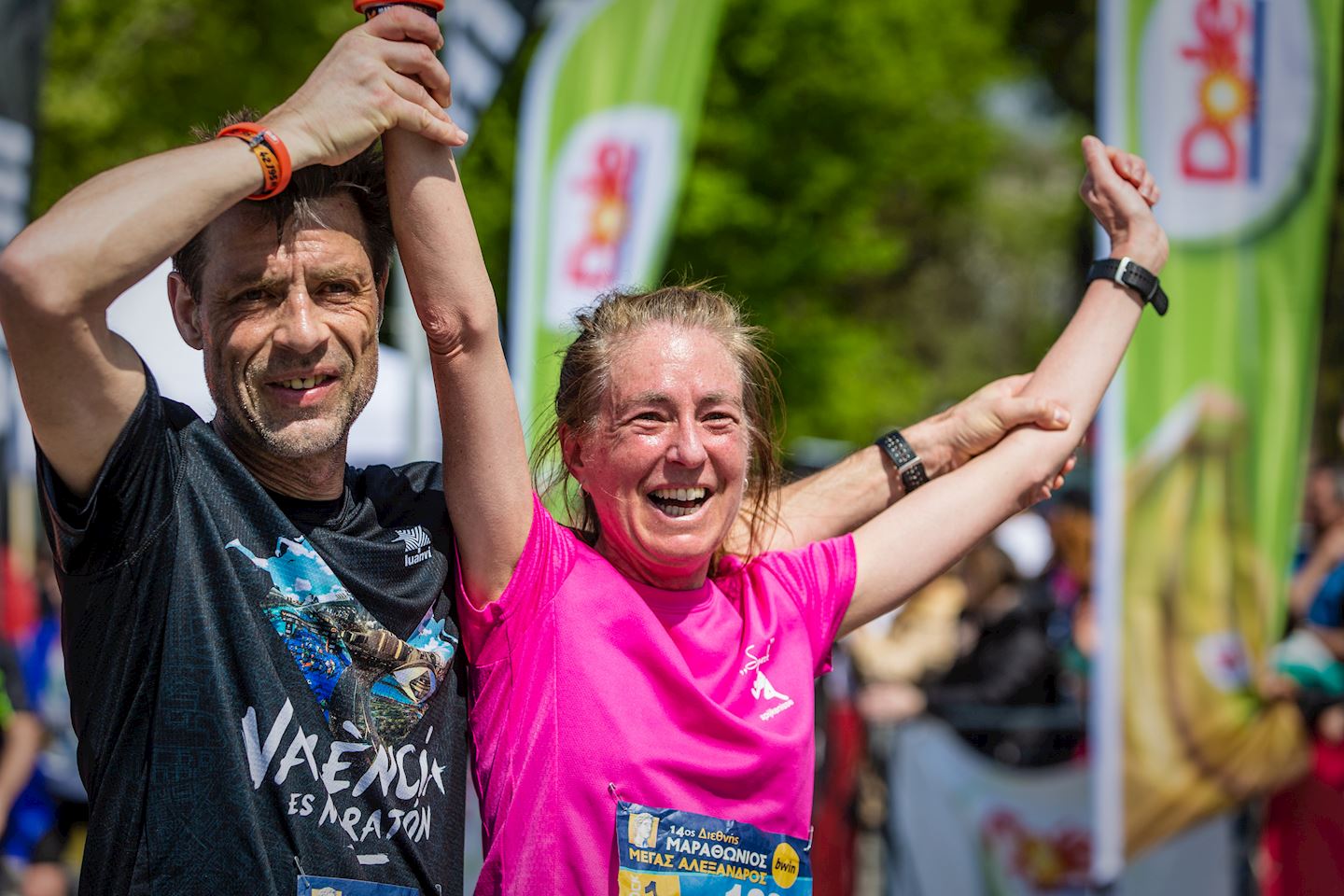 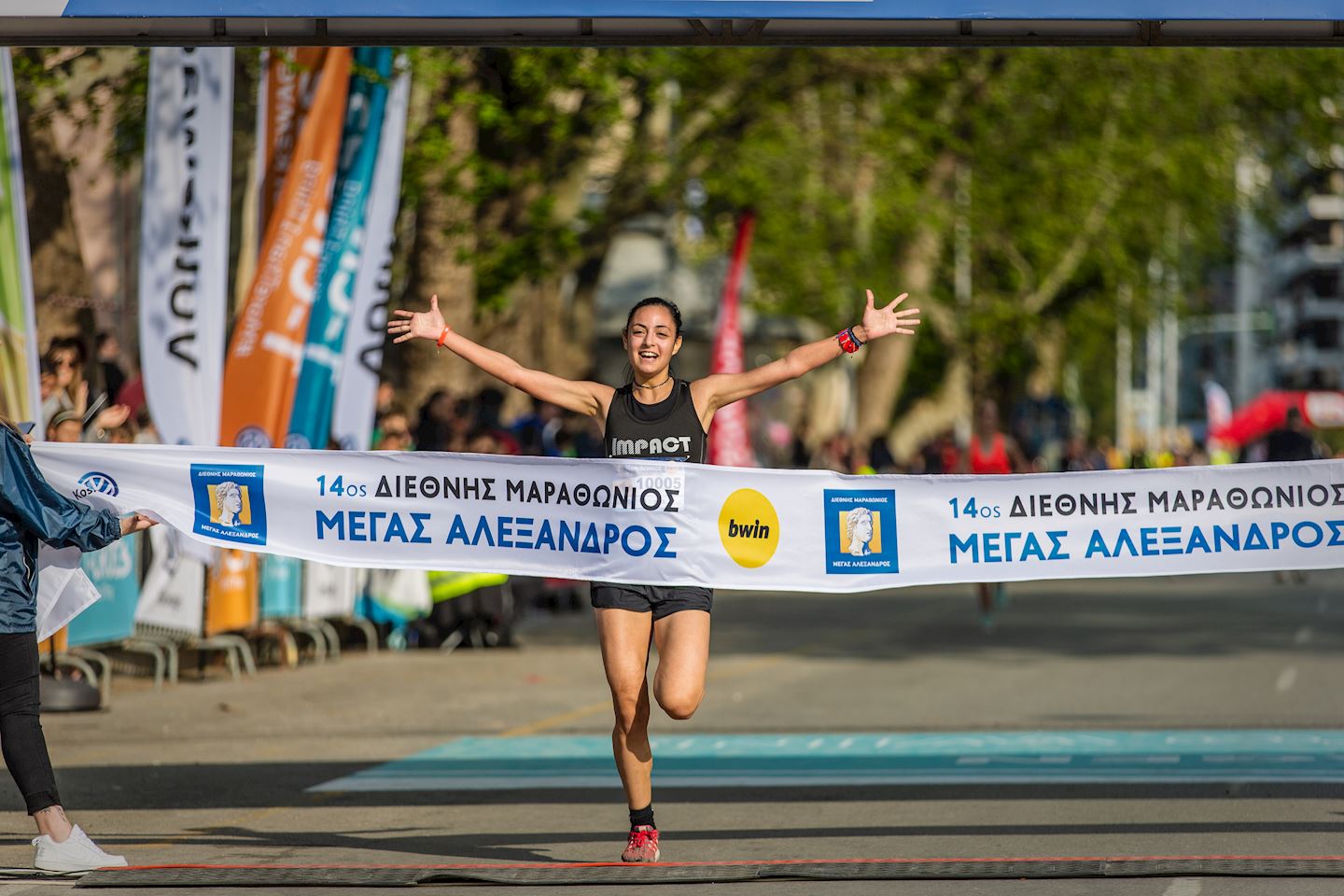 A total of 14.800 runners, aged 9-85 years, flooded the streets of Thessaloniki and Macedonia, lived a unique experience, won the applause of many fans and sent a message of fitness and health, through an event that has also social, cultural, environmental, touristic and historic character. An event that since 2006 is “joining” Pella with Thessaloniki and displays throughout the world the name of Alexander the Great.

The International Marathon “ALEXANDER the GREAT” connects the past with the present, crossing within 42 km over 2.500 years of Macedonian history and Hellenism.

Refund Policy: Cancellations may be accepted only after written notification and only in case such a written notification is sent to the Organizing Committee until Ocober 29th, 2020. After that date no cancellation request is accepted. In case of confirmed cancellation, the registration fee is refunded to the applicant, given that 2 euros are deducted for operational costs. All refund requests are processed about one month after the event.

The race starts from Pella, in front of the statue of Alexander the Great on horseback, hardly a km from the homonym archaeological site, and some 43 meters above sea-level. After the first km of downhill road, the athletes get onto the Thessaloniki-Edessa highway, following it for another 8 km, until they reach Chalkidona.

At the 8th km the athletes enter the city of Chalkidona.
At the 9th km they meet the junction Veroia and Thessaloniki. After Chalkidona they leave the 10th km.
At the 13th km the road passes through a bridge over the Axios River.
The 15th km is before the village Gefyra.
The 17th km is at the second exit of the Gefyra village.
The 20th km is right after the exit for Agios Athanasios at the national highway.
The 25th is a little after the crossroad of Nea Agchialos.
The 27th km is at the height of the Greek smelter company "Sidenor".
The 28th km passes over Gallikos River.
Precisely after the 30th km the athletes pass by Ionia (Diavata) and in front of the the premices of EKO, the Greek Petroleum Company (at the 32th km).
The 35th km is in the center of Kordelio, in Monastiriou Street.
At the 38th km the athletes turn right in Giannitson Street.
At the 39th the runners turn right in Dafnis Street and then left in Kountouriotou Avenue.
The 40th km is at the Court of Thessaloniki.
The 41st-42nd km is in Nikis Avenue.
The finish is at the White Tower. 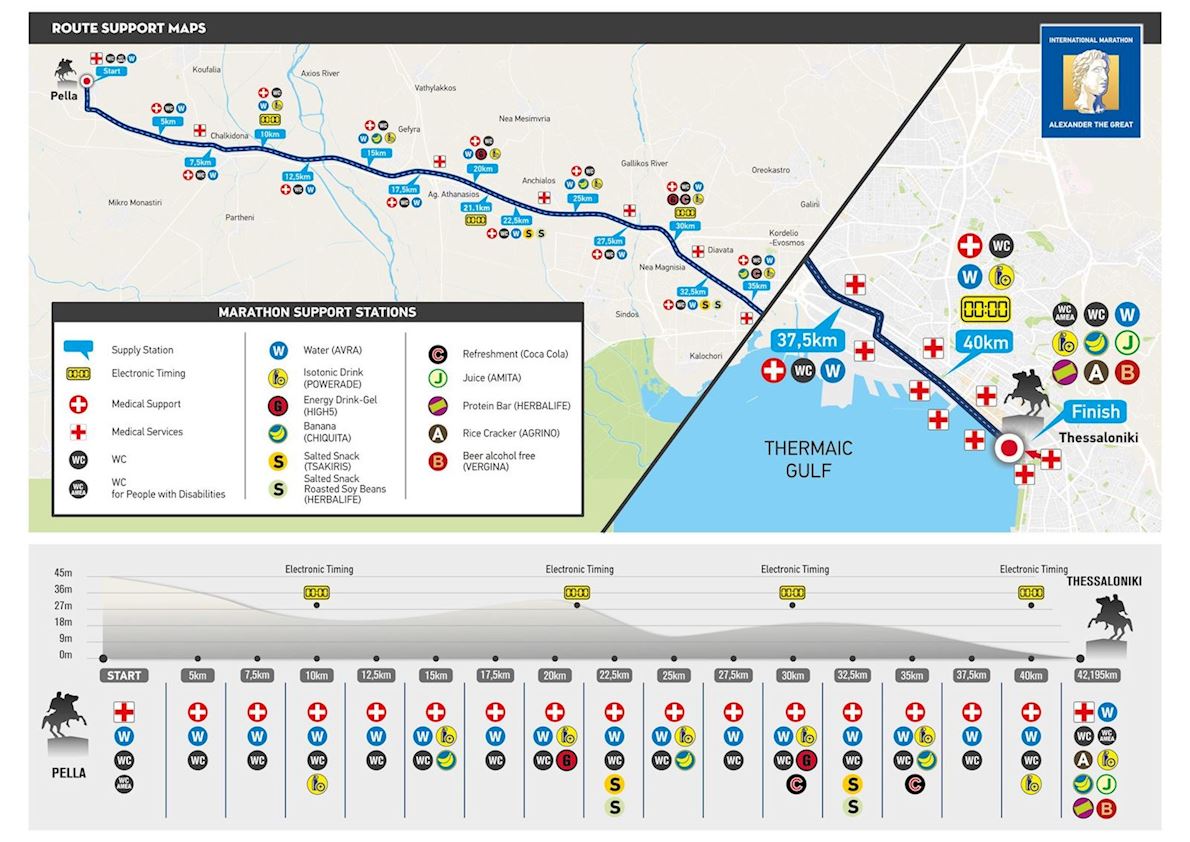 Depends on the package chosen. Please click "more information" on the tickets to find out what's included.

There are 3 packages available:

There will be medical support at the start, at all support stations and at the finish.

Medal Awards (medals and certificates) will be awarded to the first three winners of the general rank of each race for both Men and Women. Souvenir medals will be given to all the runners who finish the race.

Along the Marathon course there will be 15 Refueling Stops (support stations), the first is at the 5th km.

Chip Timing available. Carpets of electronic control and time check: Marathon: at start, at 10km at 21,1Km (half marathon), at 30km, at 40km and finish.

The organization provides buses to transfer the Marathon runners from Thessaloniki to the starting-point (Pella).

Can I cancel my registration?

Cancellations may be accepted only after written notification and only in case such a written notification is sent to the Organizing Committee by August 25th, 2021. After that date no cancellation request is accepted. In case of confirmed cancellation, the registration fee is refunded to the applicant, given that 2 euros are deducted for operational reasons. All refund requests are processes about one month after the event.