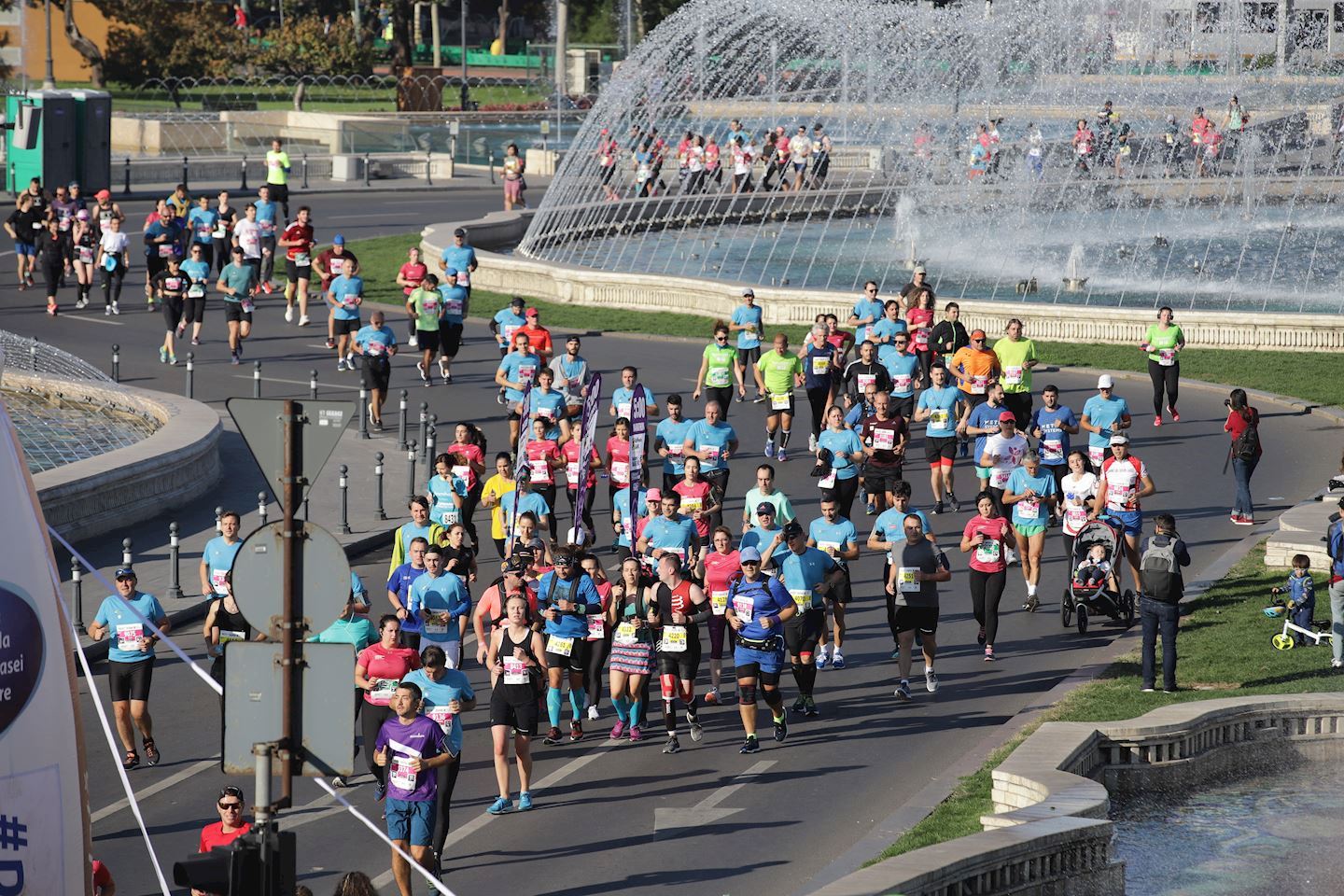 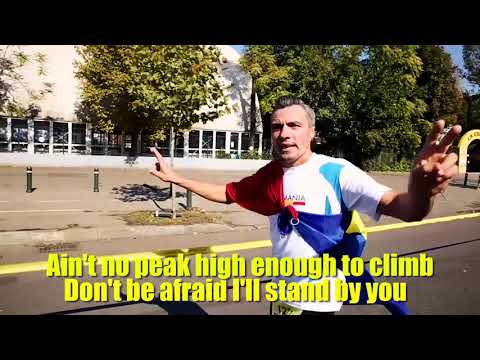 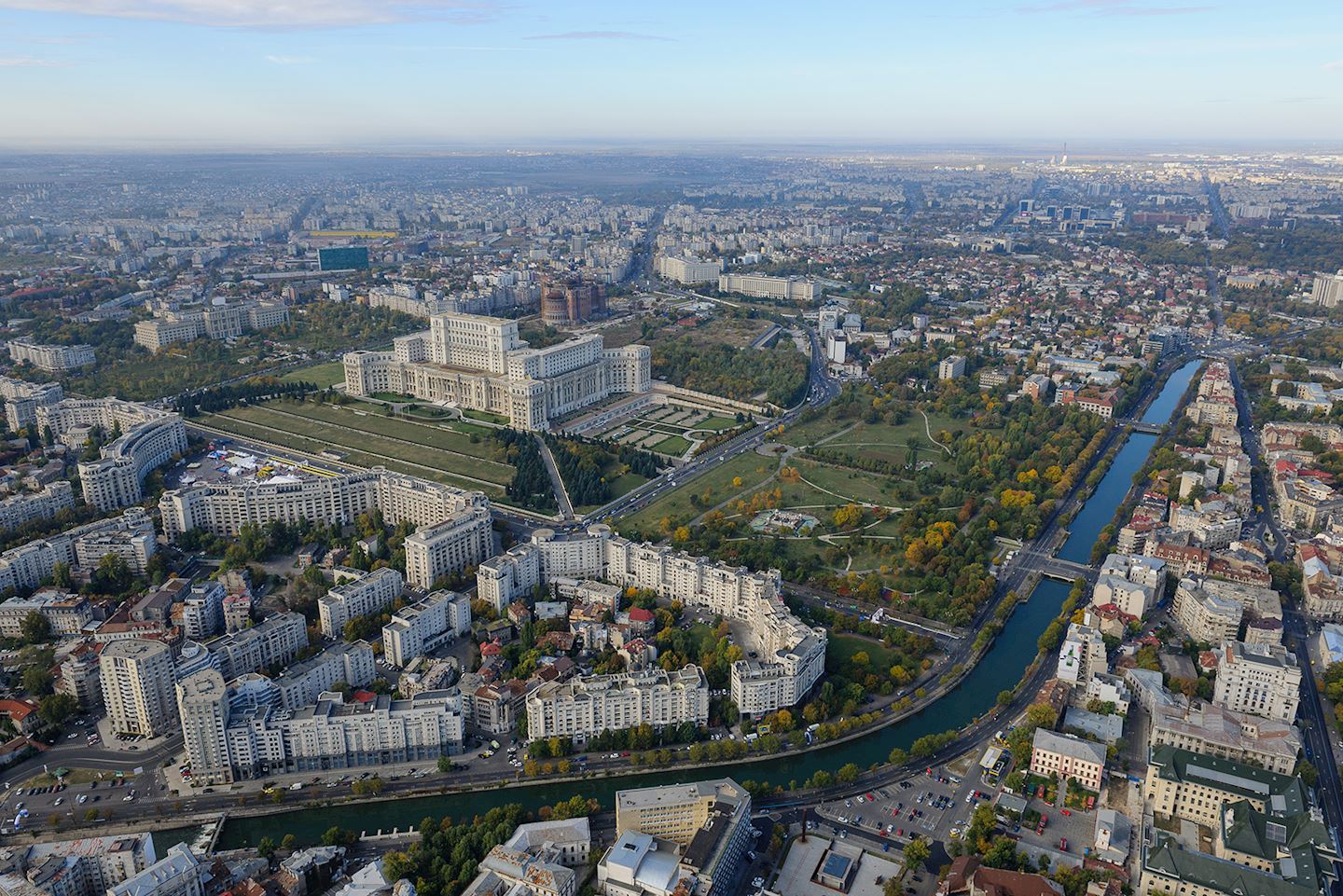 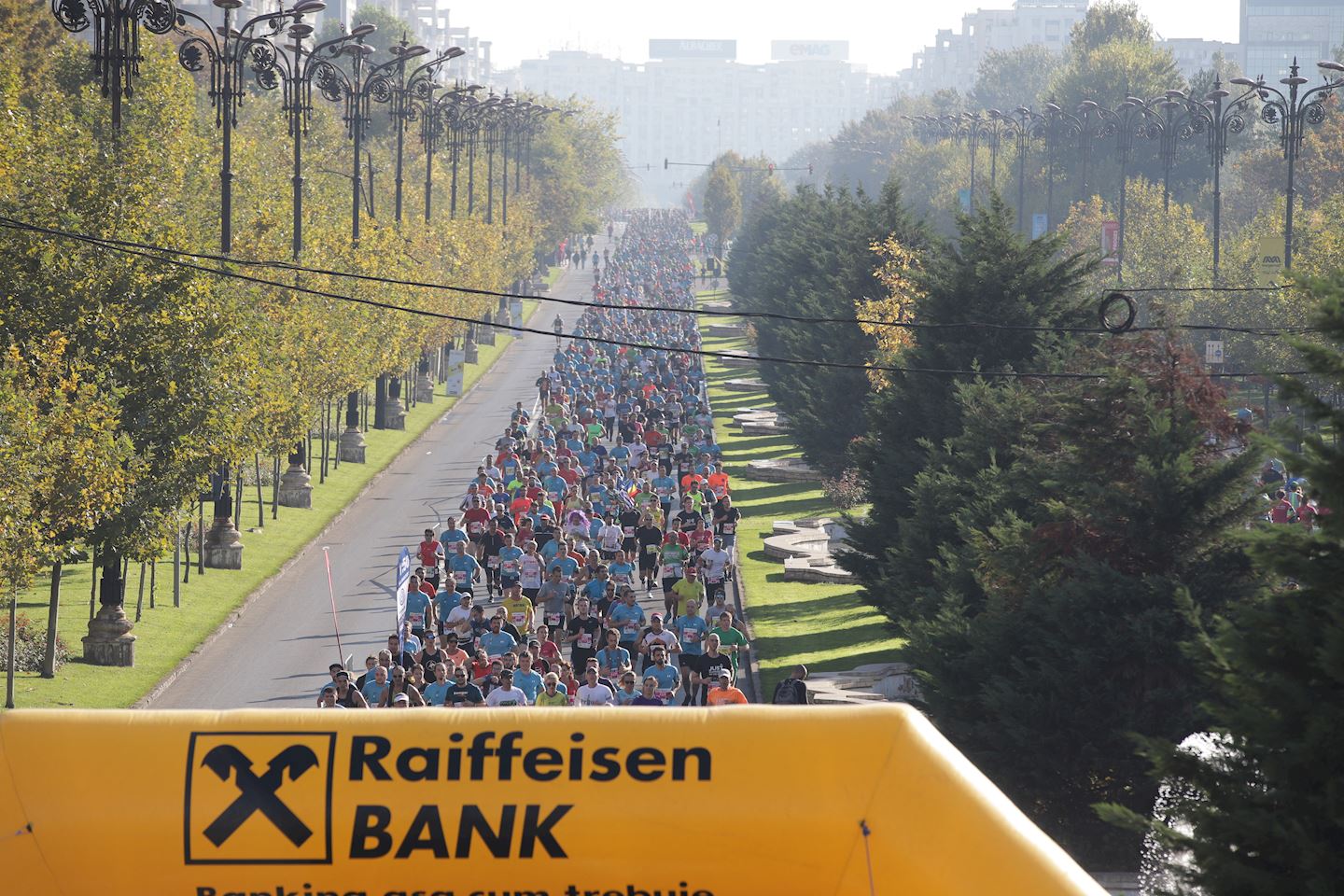 The Raiffeisen Bank Bucharest Marathon is an annual marathon and sport event hosted by the city of Bucharest, Romania since 2008. It is usually held at the beginning of October. Asociatia Bucharest Running Club, in cooperation with the Romanian Athletic Federation organizes the event. The event consists of competitive races (Team Relay, Half Marathon and Marathon) and noncompetitive races (Children Run and Fun Run). The course is certified by AIMS and IAAF. The time limit for the Half Marathon is 3h while for the Marathon is 6h. Bucharest Marathon gathers over 25 000 participants from over 50 countries. Finish is in front of the Parliament Palace (former Ceausescu Palace) - the biggest building in Europe and the second biggest in the world. 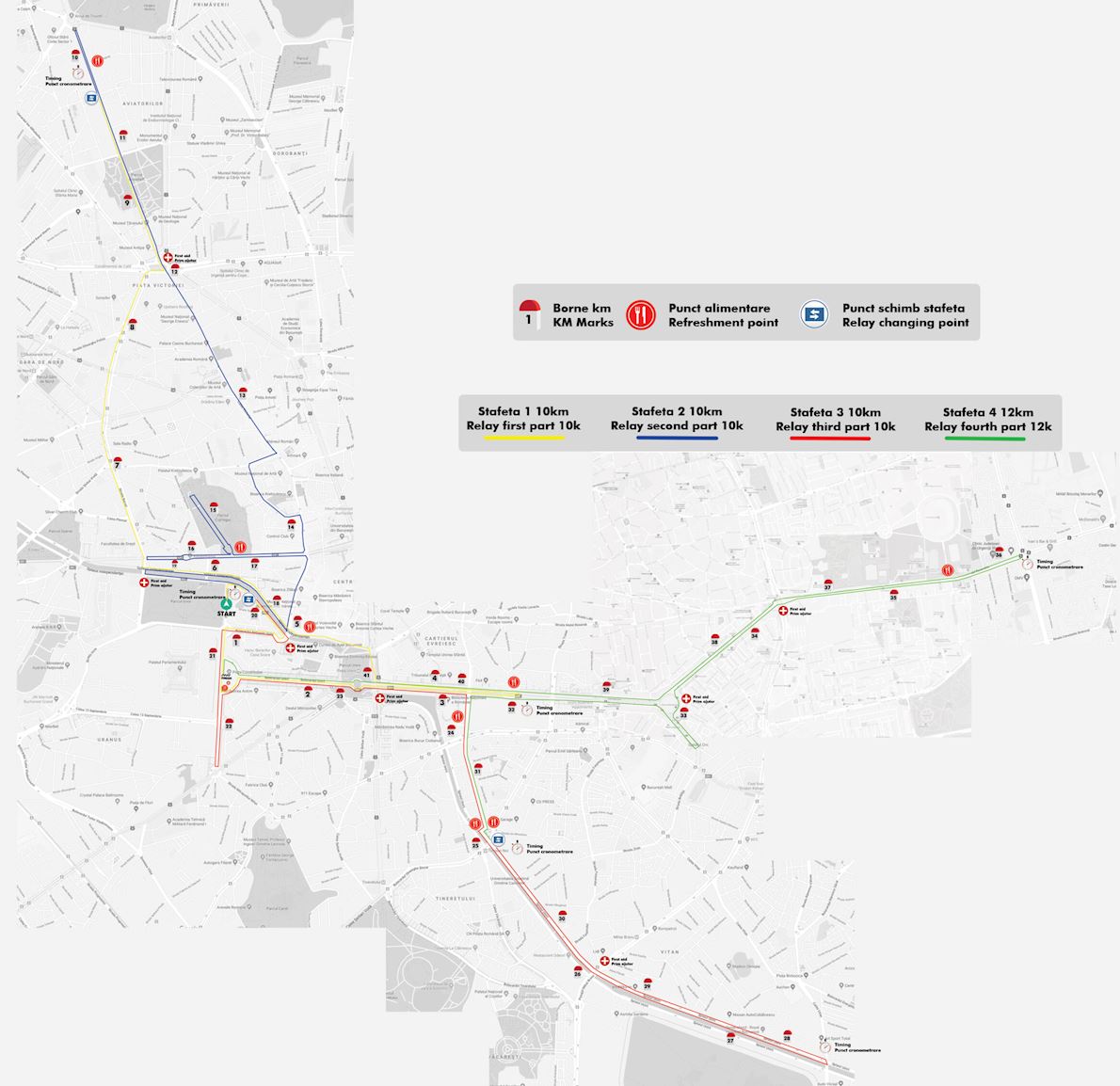 Each runner who finishes the race in less than 6 hours will receive the unique medal.