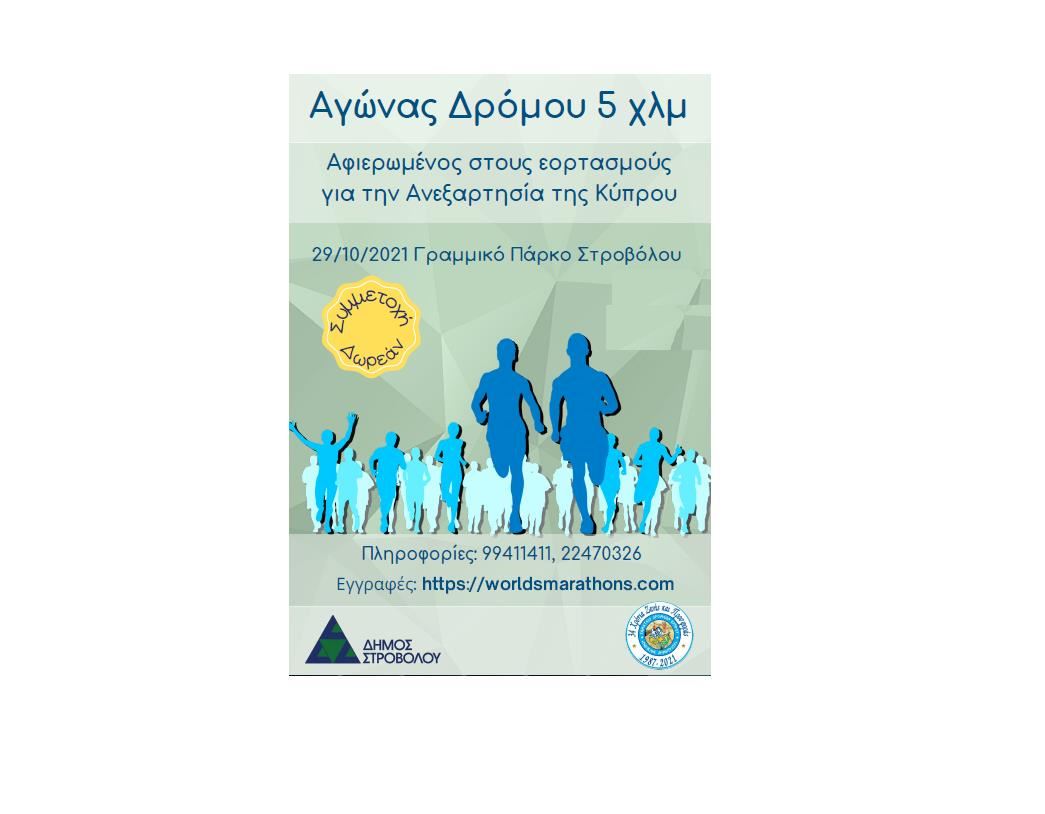 Back to 1878, when in the aftermath of the Russo-Turkish War, Cyprus came under the jurisdiction of the British Empire as long as Britain would use the island as a base to protect the Ottoman Empire against a Russian attack.

Eventually, disputes between Greek Cypriots the British led to armed conflict between the two parties, and the creation of the EOKA (Ethniki Organosis Kyprion Agoniston) in 1955.The conflict lasted until January 1959, when an agreement was signed between Greece, Turkey, Britain and Cyprus.

Ever since 1960, the 1st of October marks the anniversary of the islands independence from the British colonialists. Those races are celebration for  CYPRUS INDEPENDENCE DAY

On October 1st each year, Cyprus celebrates its independence, the anniversary of their split from the United Kingdom.

All safety measures for COVID-19  will be kept.

Round The Table Relay