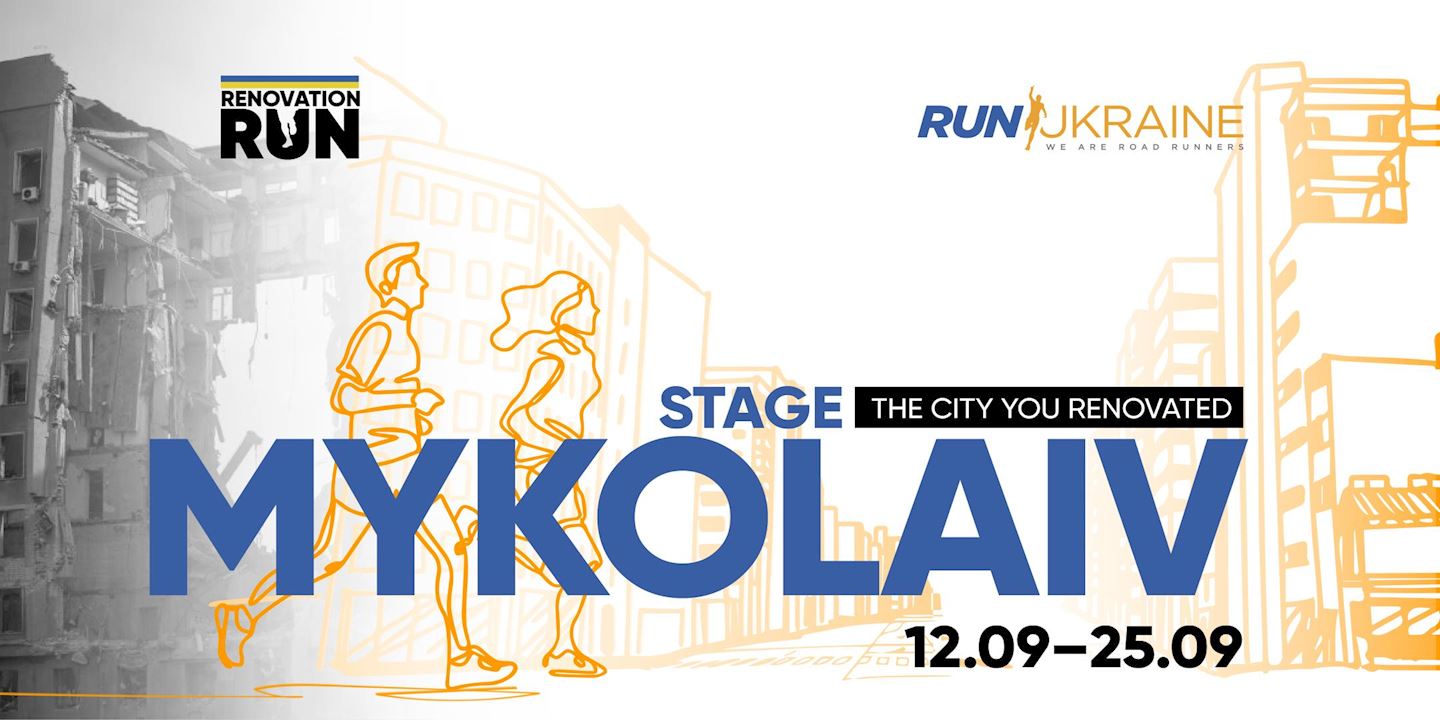 War changes meanings. If during quarantine running online for a medal was enough to feel like a hero, today it is not enough. Today, each of us can and must create a future for Ukraine, as the military does, as volunteers and the whole country do.

Ukrainians are already beginning to rebuild the cities destroyed by the enemy. Your participation in the virtual RENOVATION RUN 2022 ONLINE will help to make Ukraine like we all want to see it, renovated and beautiful.

70% of the profit from each entry fee will go to rebuilding cities destroyed by the war. One stage is one city.

The city of Mykolaiv has been shelled since the first day of russia’s invasion of Ukraine. According to the mayor of the city, Oleksandr Sienkevych, the enemy is constantly shelling, and there is not a single neighborhood left that has not been attacked. Currently, there are about 230,000 of the 500,000 residents left in the city.

Since the beginning of the full-scale invasion of russian troops into Ukraine, more than 5,000 civilian objects, almost half of which are housing objects, have been completely or partially damaged in the Mykolaiv region.

These are included in your entry
See 0 more Montrer moins