See other Ultra Marathons in septiembre

Ephesus Ultra Trail; The series of İzmir Olive Runs takes place in the village of of Şirince, in the province of Izmir in March. Starting from Sirince Village, running toward Meryemana Evi church and passing through the surrounding World Heritage Site, the 55k, 25k & 12k long traisl will take you through the ancient city of Ephesus, passing through Selcuk Center and heading up the mountain to the fortress of Keçi Kales or Goat Castle as it is commonly known in English.

The race starts in Şirince Village at 07:00. The trail goes through adventerous places in nature and therefore participants should already have previous experience in trail running. On the challenging trail, it is necessary that the obligatory materials, as listed below, are carried by the participants. 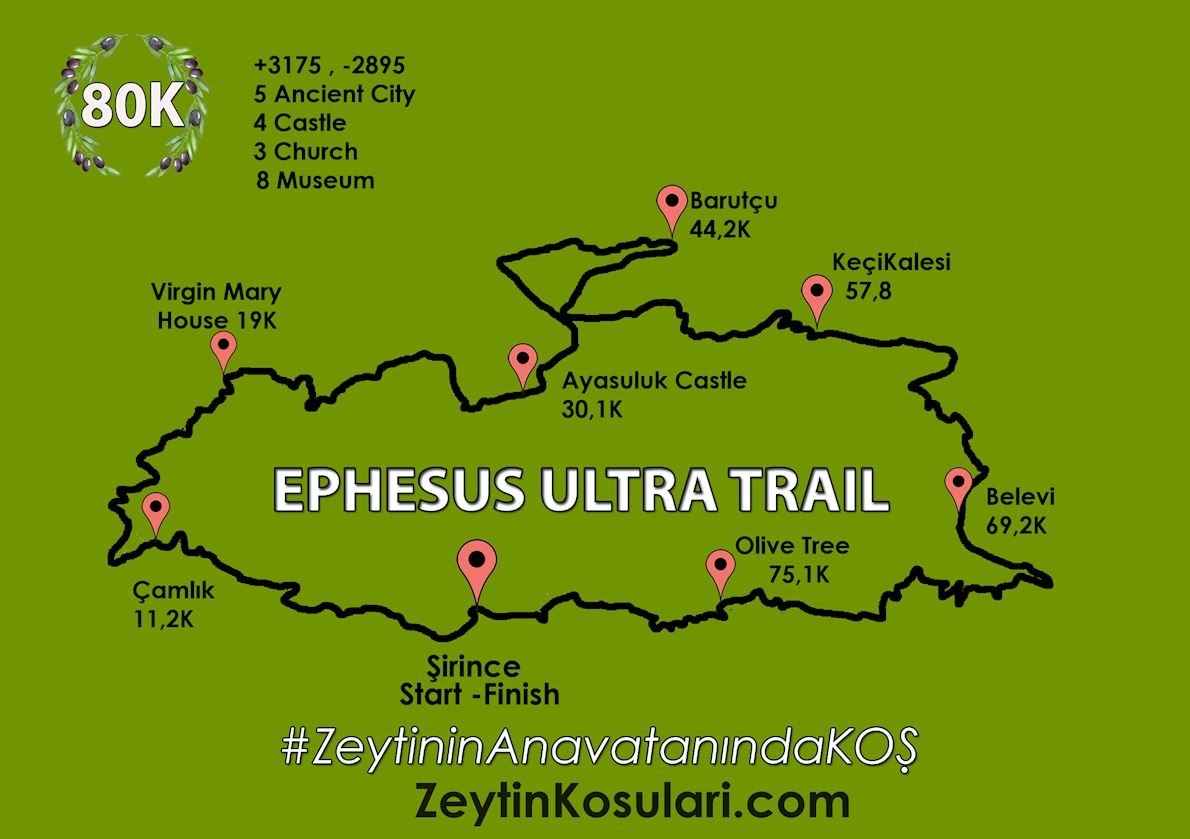